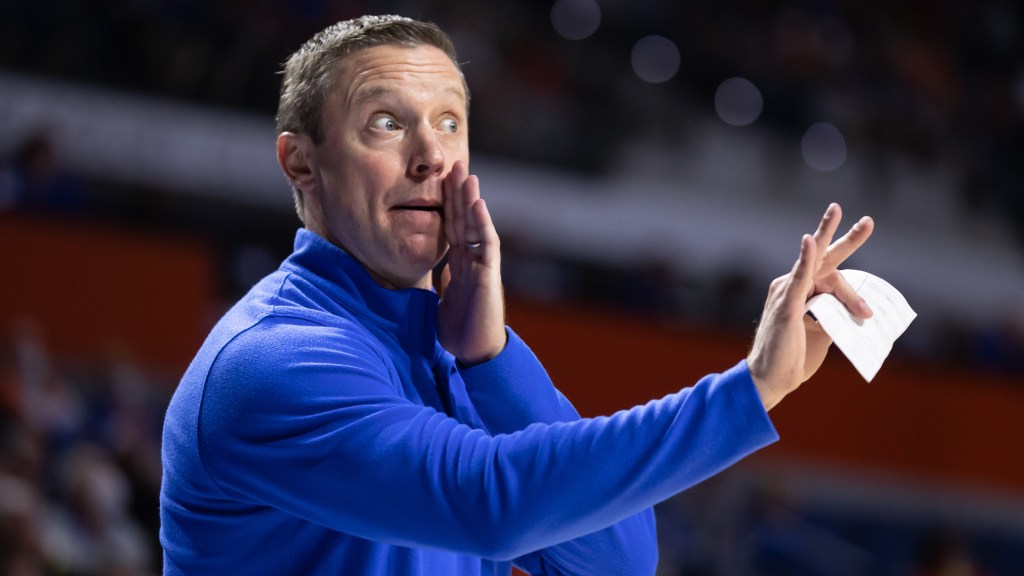 Well, Florida (9-4) certainly let this one go with a miserable second half at home.

The Gators looked good for the first 20 minutes, but Alabama (11-3, 2-0) went on a 17-1 run in out of the locker room and Florida missed its first nine shots in the second half.

The Gators made a run to cut what was a 15-point lead (after Florida led by three at the half) to six points, but the Tide responded with a pair of easy buckets at the basket.

There is no doubt that Florida looked like a team in the second half that had not played in two weeks and was dealing with players missing practice left and right, but it was more than just tired legs. The Gators played some awful basketball during that stretch.

And they finished the game with a rare 20-20: They turned it over a season-high 20 times and allowed 20 offensive rebounds.

There was a little bit of everything in the miserable start coming out of halftime. That included a stretch of 11:18 from the last three minutes of the first half and start of the second without one lousy field goal.

Jahvon Quinerly ran the show for the Tide and scored 19 points while getting five rebounds. And he was disruptive against the Gators’ guards in the half-court.

Colin Castleton led the Gators in scoring with 19 and he had seven rebounds. But this was far from his best game. He was not very good on the defensive end and jumped too many passers instead of staying with his man.

It’s not complicated. You can’t give up 20 defensive rebounds and lose the ball 20 times and win a game. That means Alabama got 40 – 40! – extra possessions.

And when you give up those 40 possessions, you are going to do what the Gators did in their SEC opener – allow 40 points in the paint against a team that is known for its outside shooting.

In a league that several times this week has been called the toughest in the nation by several commentators, you don’t want to lose many at home.

“Live ball turnovers against these guys is a lay-up drill,” said Mike White. “If we go 10 and 10 in those two categories, we win this game going away.”