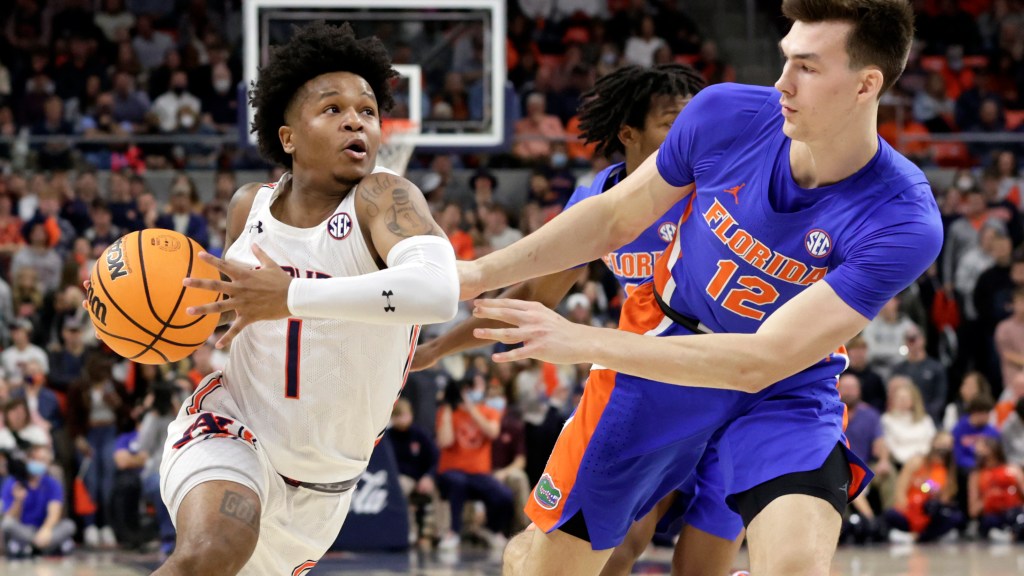 The Gators lost both of their conference games in different fashions, but they have both been double-digit losses nonetheless.

At Auburn, Florida had an awful first half where the offense looked like an unorganized mess. The Gators trailed by nine at halftime but fought back in the first 10 minutes of the second half to cut the lead to two, and then to one (60-59).

But Auburn went on a 13-2 run triggered by Jabari Smith’s three and that was all she wrote.

Florida is now 9-5 with multiple opportunities for Quad 1 wins slipping into the abyss. The Gators have been an inconsistent offense and a defense that seems to play well for a few possessions and then take the next few off.

Perfect example – Tyree Appleby’s first half in which he had five assists and four turnovers.

Not only has this been a team that is in a slump after the great start to the season, but the slumps during stretches in each loss have also been unwatchable.

Florida was beaten on the boards and allowed Auburn to shoot 44% from three. It’s obvious this is a team that has a small margin for error and is feeding the opponents too many easy baskets.

And it doesn’t help that Florida again missed a bunch of free throws – nine in this case.

K.D. Johnson was huge for an Auburn team that had four players in double figures, with 20 points including 3 of 4 on threes.

Despite being questionable for the game because of a shoulder injury that Florida kept quiet until game time, Colin Castleton helped Florida come back and make it a game by dominating inside. He finished the game with 22 points and 10 rebounds, the second 20-10 game of his career.

In Florida’s loss to Alabama on Wednesday, the Gators got killed on the offensive boards and turned it over 20 times. So, that was obviously something they wanted to clean up.

Florida only had 12 turnovers, and on second-chance points, the Gators actually won 21-2. And yet ….

“Auburn would have beaten 99 percent of the teams in college basketball the way they shot the ball.” – Mike White.

Florida starts the SEC season with an 0-2 record, which is never good.

The brutal schedule continues with a home game against LSU Wednesday at 7 p.m. EST in Exactech Arena. The Tigers are 14-1 and 2-1 in the SEC after a home win against Tennessee on Saturday, 79-67. LSU likely will be ranked in the top 10 when the new poll comes out.