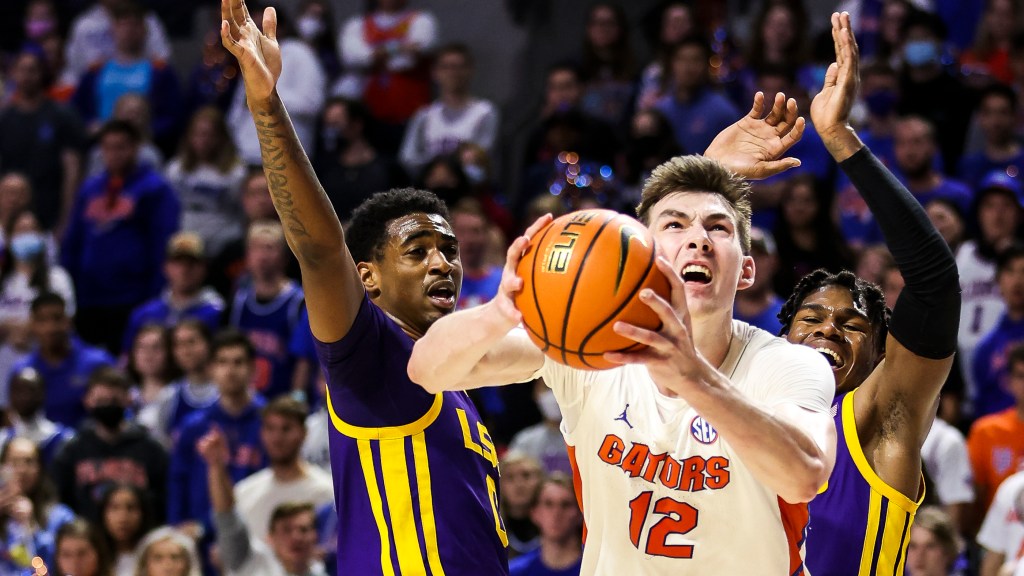 This one was a lot like the Auburn game as Florida got off to a bad start and trailed by 14 in the first half. Facing a nine-point deficit at halftime, the Gators rallied but never led.

Down three with 4:06 to play, Myreon Jones missed two of three free throws and Florida could never get back to even.

LSU, now 15-1 and 3-1 in the SEC, was playing without its starting point and lost leading scorer Tori Eason to fouls after only seven minutes of playing time.

But the Tigers defense, which leads the nation in field goal percentage defense, held the Gators to 36% shooting and 23% from three-point land.

The Gators fell in love with the three again, taking 31 shots from beyond the arc (making seven) to 24 shots inside the arc.

LSU, on the other hand, took only nine three-point shot attempts and outscored the Gators in the paint 42-26.

Let’s face it — this team plays hard, although it is defensively inconsistent. But the big problem is that it is not a skilled offensive team and going against future NBA players makes it pretty obvious.

Eric Gaines filled in as the starting point guard and was lethal, especially late in the game. He finished with 15 points and the biggest one came with 1:11 to go and Florida down only two.

Colin Castleton again was the star despite double and triple teams with 19 points and nine rebounds, but he received little help. He shot 70% while the rest of the team shot 29%.

Florida basically lost this game at the free-throw line. LSU had 21 fouls to Florida’s 10, but the Gators couldn’t take advantage. They made only half of their 22 free throws. Last time we checked, nobody was guarding them on any of them. This has been a mediocre free throw shooting team of late, but this took it to a new low.

The Gators have taken this season into the dumper. They are 0-3 in the SEC for the first time since Norm Sloan returned to UF and the O-Dome was christened.

The three teams they lost to in SEC play are very good teams and the schedule has been difficult, but 0-3 and 9-6 overall with one Quad 1 win on the resume is not what Florida expected after the fast start.

“The second half, I thought we fought as hard as we have all year. And because of Colin, we got so many great looks, as good as we have gotten all year. They just wouldn’t go down.” – Mike White.