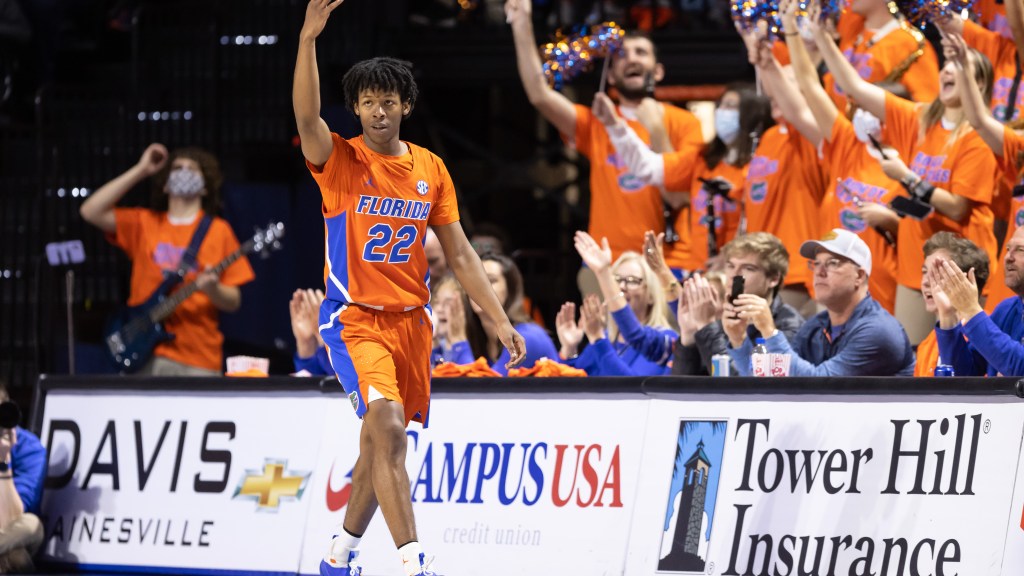 Vandy, which has the SEC’s leading scorer in Scottie Pippen Jr., scored no baskets in the final 10:47 of the game.

Pippen Jr. played only five minutes of the first half because of foul trouble and the Gator defense never let him get into any kind of rhythm. He finished the game with six points on 1-for-10 shooting.

Florida did revert to form – and not the good kind – offensively. The Gators shot 20 times from behind the arc in the first half and finished the game shooting 25% from three. And they were 6 of 13 from the free-throw line after shooting 80% against Mississippi State Wednesday night.

The Gators did not close the first half well and led by only three after a bad Myreon Jones turnover led to a Vanderbilt runout basket. But they started the half on a 12-0 run and never looked back.

They obviously did it on defense by holding Vanderbilt to three second-half field goals. Florida also had only eight turnovers.

Tyree Appleby led Florida in scoring with 11 points (eight in the first half) but he needed 10 shots to get there. No other Florida player scored in double figures.

Playing its second straight game without injured center Colin Castleton, UF still had three blocked shots and won the battle of the boards against a team that is last in the SEC in rebounding.

Good luck finding one here. Quentin Millora-Brown was probably the most effective Vandy player with six points and eight rebounds. He also missed all four free throws he took and had three turnovers. It was that kind of afternoon for the Commodores.

With Castleton out, Jason Jitoboh got his second start. He came up big with eight points and a career-high 10 rebounds, five of them on the offensive end. He was 3 of 4 shooting and made two of three free throws and he stayed out of foul trouble. That’s two straight solid games for Jitoboh.

Even without Castleton, Florida dominated inside. Not only did they win the rebounding battle, but they also had the edge in second-chance points, 20-4. And they also won the points in the paint as well, 28-12. Jitoboh was a big part of it, but five players had at least three rebounds to help the Gators rule the glass.

The Gators won their third straight and their eighth straight against Vanderbilt with a defense that did something you don’t see very often.

“Defensively, I thought we were pretty damn sharp. To hold that team to that many points, was pretty good. We talk about mental toughness all year and I think we took a step in the right direction.” – Mike White