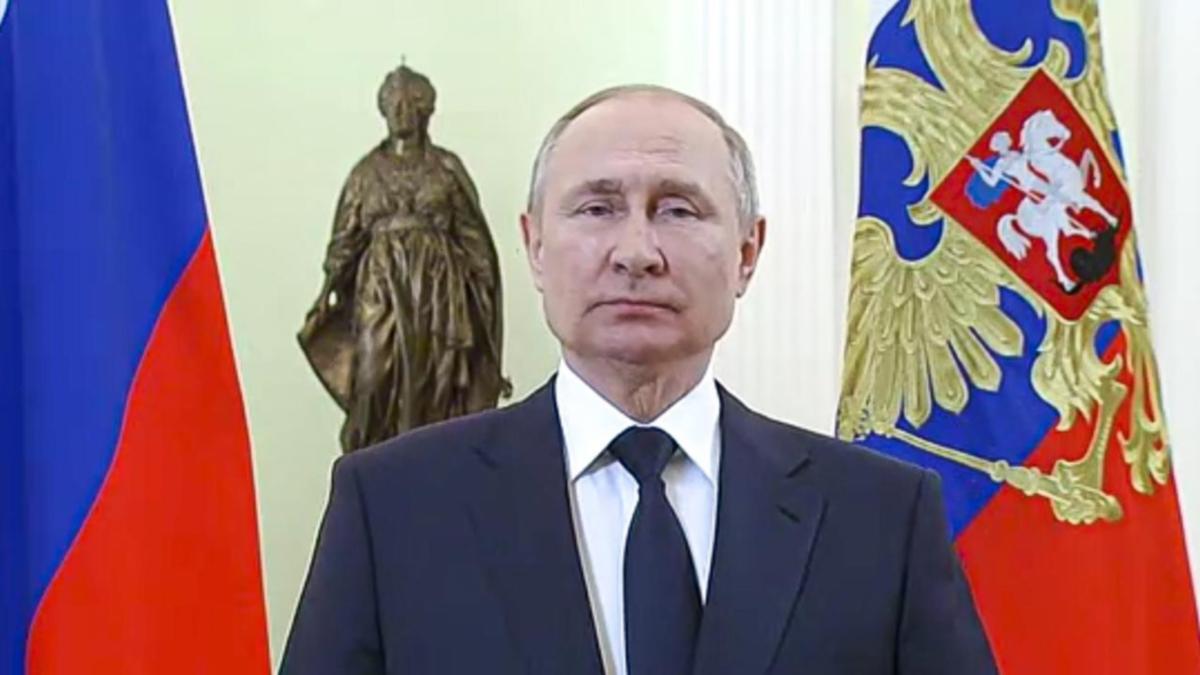 Putin said there was no alternative to what Russia calls its special military operation in Ukraine, and Russia was not a country that could accept compromising its sovereignty for some sort of short-term economic gain.

“These sanctions would have been imposed in any case,” the president told a meeting of the Russian government on Thursday.

“There are some questions, problems and difficulties but in the past we have overcome them and we will overcome them.”

Putin said Western sanctions were illegitimate and Russia would calmly solve the problems arising from them.

Putin also said Moscow – a major energy producer which supplies a third of Europe’s gas – would continue to meet its contractual obligations.

Speaking calmly, the Kremlin leader acknowledged that sanctions imposed were being felt.

“It is clear that at such moments people’s demand for certain groups of goods always increases, but we have no doubt that we will solve all these problems while working in a calm fashion,” he said.

“Gradually, people will orient themselves, they will understand that there are simply no events that we cannot close off and solve.”

Speaking at the same meeting, Finance Minister Anton Siluanov said Russia had taken measures to limit the outflow of capital and the country would service its external debts in roubles.

“Over the last two weeks Western countries have in essence waged an economic and financial war against Russia,” he said.

He said the West had defaulted on its obligations to Russia by freezing its gold and foreign currency reserves. It was trying to halt foreign trade, he said.

“In these conditions the priority is for us to stabilise the situation in the financial system,” Siluanov said.