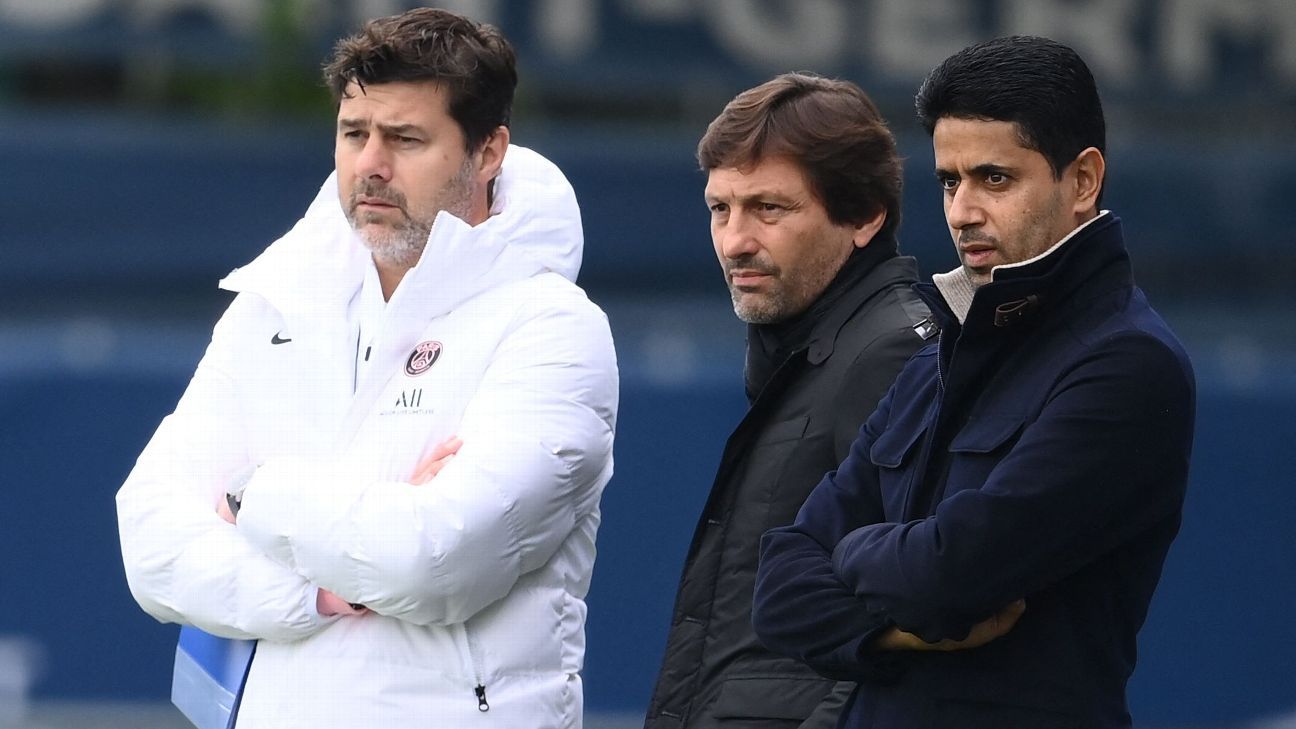 Paris Saint-Germain were left fuming after Real Madrid’s 3-1 Champions League win at the Bernabeu, with security having to intervene when president Nasser Al-Khelaifi and sporting director Leonardo went looking for the referee to complain about his performance, sources have told ESPN.

Karim Benzema scored a second-half hat trick — with his last two goals coming within seconds of each other — as Madrid overturned a 1-0 first leg deficit to progress to the quarterfinals 3-2 on aggregate.

PSG felt that Benzema had fouled goalkeeper Gianluigi Donnarumma before scoring the equaliser that made it 1-1 on the night, after Kylian Mbappe had put the visitors ahead in the first half.


Sources told ESPN that Al-Khelaifi and Leonardo left the presidential box after the full-time whistle shouting and describing the decision as “shameful” before making their way to the Bernabeu tunnel area in search of the referee’s dressing room.

They were initially unable to find the officials, sources said, before locating the referee’s room and banging on the door.

Security staff were required to step in to calm the situation down, with one source telling ESPN they had “never seen club executives behave like that.”

“It’s a feeling of a lot of injustice, with the goal we conceded,” he said. “It’s a clear foul from Benzema on Donnarumma. The emotional state of the game changed and we were very exposed. It’s a tremendous blow, because we were better in the tie. We were better for 180 minutes.”

He added: “I’ve seen the images, from every angle. It isn’t a mistake from the goalkeeper. It’s a foul. Little details count, and VAR didn’t see a clear foul. It’s decisive, it influenced the mood of the two teams and the stadium.”

The relationship between Real Madrid and PSG has been tense off the pitch for some time after Madrid’s failed pursuit of Mbappe last summer.

The 23-year-old forward’s contract at the Parc des Princes is due to expire in June.