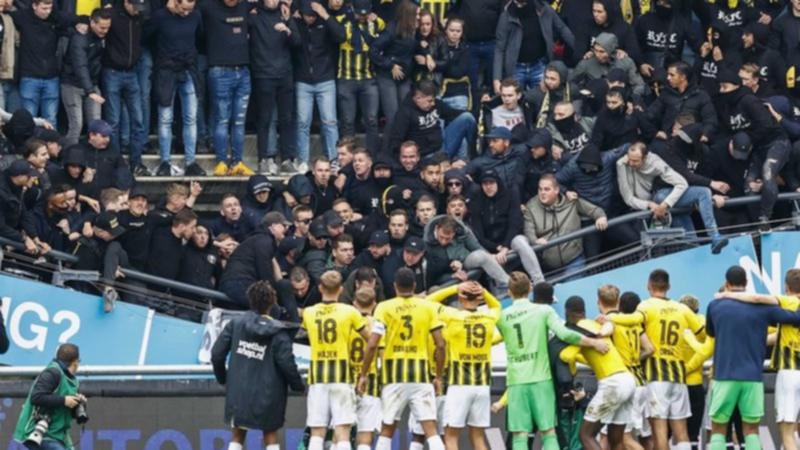 The Eredivisie club said the stadium’s owner, Nijmegen municipality, and a local construction authority agreed on Tuesday that the Goffert Stadium must remain closed while the cause of the collapse was investigated.

No one was injured on Sunday when a section holding about 35 people buckled as they jumped up and down in front of Arnhem players celebrating the victory in the local derby.

“The most important thing for us is that a thorough investigation takes place whereby everybody’s safety in the stadium can be guaranteed in the future,” he said.

NEC are in talks with the Dutch soccer federation and other clubs to find other venues for their home matches.