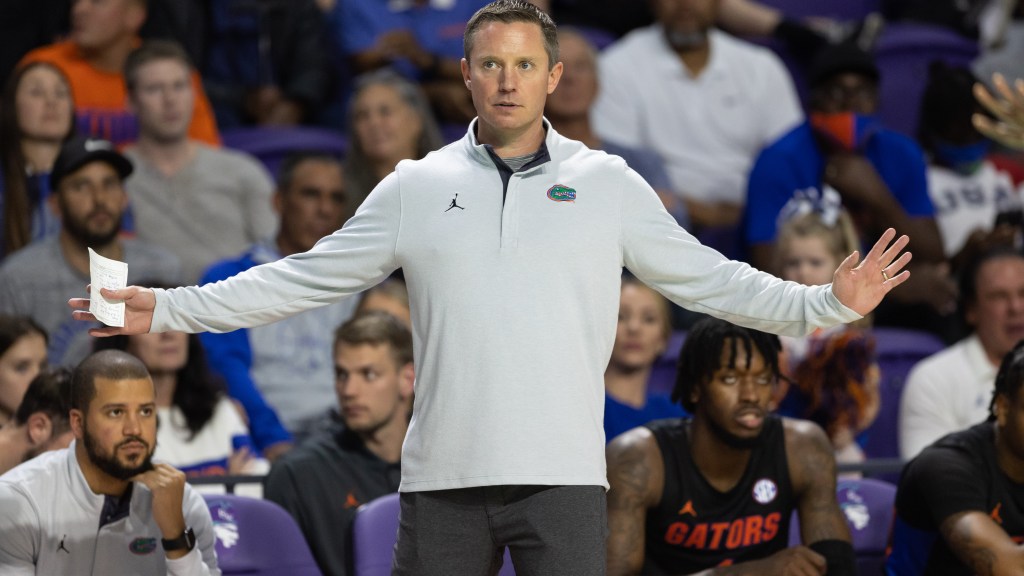 Florida cruised through the opening round of the Fort Myers Tip-Off on Monday with an 80-60 win over Cal. The Gators will face Ohio State for the tournament championship on Wednesday after the Buckeyes beat No. 21 Seton Hall.

A strong first half put Florida out in front of Cal early, and the Gators never looked back. Starters were able to get valuable rest in the second half once the win was secure, so they should be fresh for the championship game. The Buckeyes played a much closer game, which could help swing momentum in their favor if attrition doesn’t become a factor.

Ohio State is without one of its stars, Justice Sueing, but that’s allowed them to work in some size. Colin Castleton has been leading the Gators in scoring and rebounding this year, so the size should help the Buckeyes handle Florida’s best. Castleton also played against a lot of the upperclassmen at Ohio State earlier in his career while at Michigan. He’s been a completely different player at Florida, but having some knowledge of his strengths and weaknesses is bound to help the opposition.

A win would mean a 5-0 start for Florida before Thanksgiving and likely a boost in the polls as well. This is only the second time the Gators will face Ohio State under Mike White. He led Florida to a win in the NIT during his first year as coach in 2016.