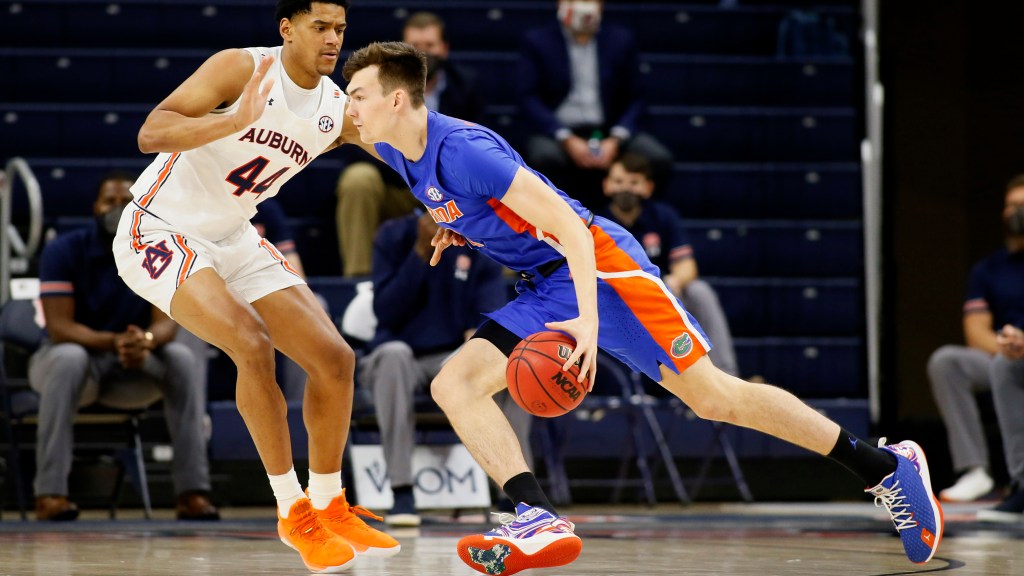 After opening conference play with a loss to No. 15 Alabama, the Florida Gators are headed to Auburn to take on the ninth-ranked Tigers on Saturday.

The Gators couldn’t get their shots to fall in the second half against the Crimson Tide, and Alabama nearly double Florida’s points off turnovers. Simply put, Florida looked overmatched and sloppy at times after two weeks off. Colin Castleton continues to be the team’s leading scorer and rebounder, and he came out with a spark of intensity that may have been missing in December.

Guards Myreon Jones and Tyree Appleby shot a combined 5-for-20 against Alabama, and Phlandrous Fleming Jr. finished the night with zero points despite playing 16 minutes. If Florida is going to put up a fight against Auburn, those three will need to get back to their scoring ways to aid Castleton.

On Auburn’s side, the Tigers have been just about perfect this season aside from a double-overtime loss to UConn in the Battle for Atlantis. Conference play has gone well for them so far. The Tigers handed LSU its first loss of the year and dispatched South Carolina to start 2022.

Forward Jabari Smith is the team’s leading scorer, averaging 15.7 points per game. Wendell Green Jr. is second on the team in scoring, but he’s only started three of Auburn’s 14 games. Florida’s bench will need to be ready to stop him and keep the game close while starters rest. Castleton should have his hands full most of the game with Smith and the 7-foot-1-inch tall Walker Kessler.

After the Gators finish up in Alabama, they’ll head back home to host LSU on Jan. 12 before traveling to South Carolina next Saturday.

Tip-off is at 8 p.m EST at the Auburn Arena.