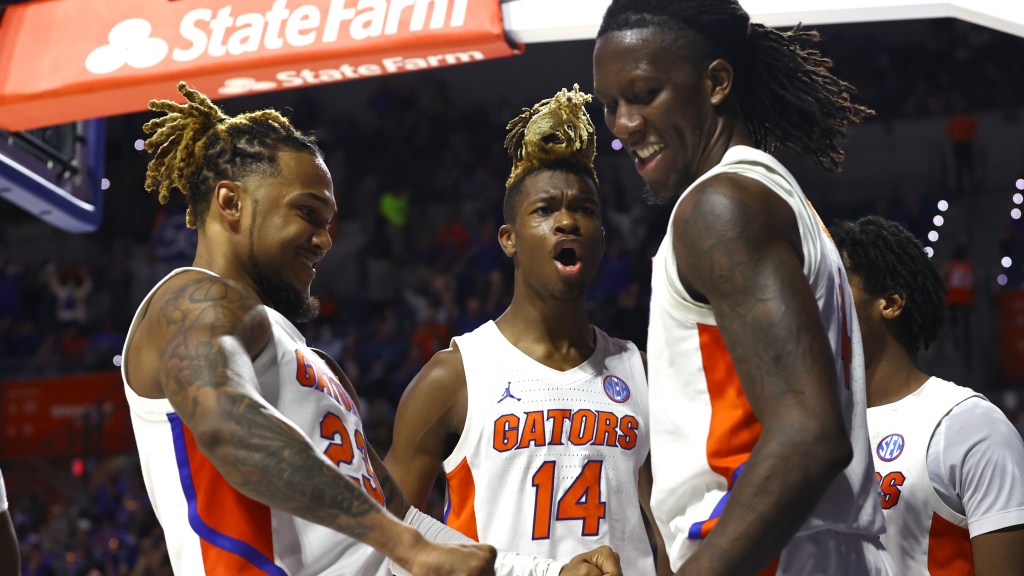 Florida managed to win its first game without Colin Castleton against Mississippi State on Wednesday, and the Gators will be without their best scorer once again Saturday in a matchup with Vanderbilt.

Castleton is dealing with a left shoulder injury he sustained practicing for LSU. He played through the pain for a bit but had to sit out once he tweaked the shoulder in warmups on Wednesday. Jason Jitoboh joined the starting rotation in Castleton’s absence and finished the night with eight points, two rebounds and two assists.

Anthony Duruji took over the scoring duties usually handled by Castleton. The athletic forward dropped a season-high 22 points on the Bulldogs over 31 minutes of play. Freshman Kowacie Reeves has also stepped it up since joining the rotation and given Florida another scoring option.

With Castleton out, Florida will need more from its supporting cast of streaky shooters. Tyree Appleby found his shot once again with four made three-pointers against MSU, but Myreon Jones was held scoreless over 17 minutes.

Vanderbilt’s 10-7 record may not seem too imposing, but this is a team that’s beaten Arkansas and BYU already. The Commodores’ losses to Kentucky and Tennessee weren’t blowouts, and the Gators aren’t exactly the most consistent team in the Southeastern Conference.

Scotty Pippen Jr. is the main man to watch for Vanderbilt. He’s averaging nearly 19 points per game and that number has only increased against conference play. If Florida can contain Pippen, the Gators should be able to keep the win streak alive without their most consistent scorer.

Tip-off is at 1 p.m EST in Gainesville at the O’Connell Center.