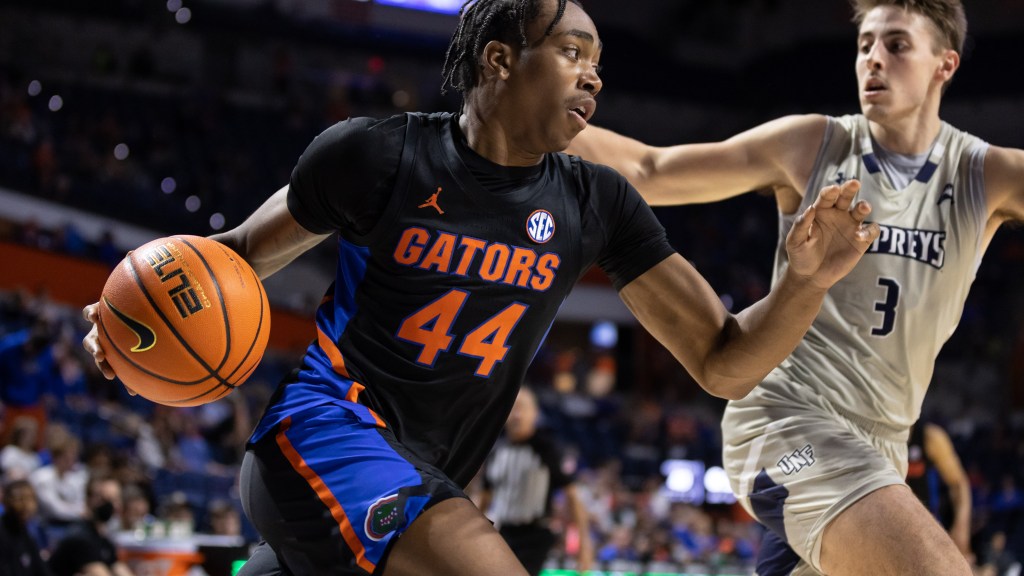 The Florida men’s basketball team is in New York to play Maryland at the Basketball Hall of Fame Invitational on Sunday.

The Terrapins have struggled their way to a 5-4 record this year and 10-year head coach Mark Turgeon has already been fired. Maryland is still looking for its first big win of the year, and Florida has been shaky in December after a perfect start to the year. The Gators have already have one Quadrant 4 loss and adding a Quadrant 3 loss to Maryland could end up hurting when March comes around.

That makes this a must-win game for Florida. The team’s downfall has been three-point shooting among other issues (foul trouble, turnovers). After Tyree Appleby nailed that game-winner against Ohio State, he shot himself right out of the starting lineup going 3-for-17 across three games. Phlandrous Fleming Jr. and Myreon Jones have also struggled to hit the deep ball in that stretch, resulting in Florida shooting under 20% from beyond the arc.

“We have shooters on this team. Good shooters. Forty-percent shooters,” guard Brandon McKissic said. “You can’t control what happens after the ball is in the air. What you can control is your confidence and shot selection.”

McKissic said that Florida needs to get back to playing defense and the shot will fall as they continue to get good looks. Appleby agreed. The team is focused on getting that defensive identity back that they had in November, and the game against UNF was a good start.

Maryland has its share of playmakers on defense, but Florida has won the turnover battle in all but one of its games this season. Colin Castleton is also looking to build off a 26-point night on Wednesday, which should help if the threes don’t fall just yet.

How to follow Florida basketball vs. Maryland Terrapins on Sunday