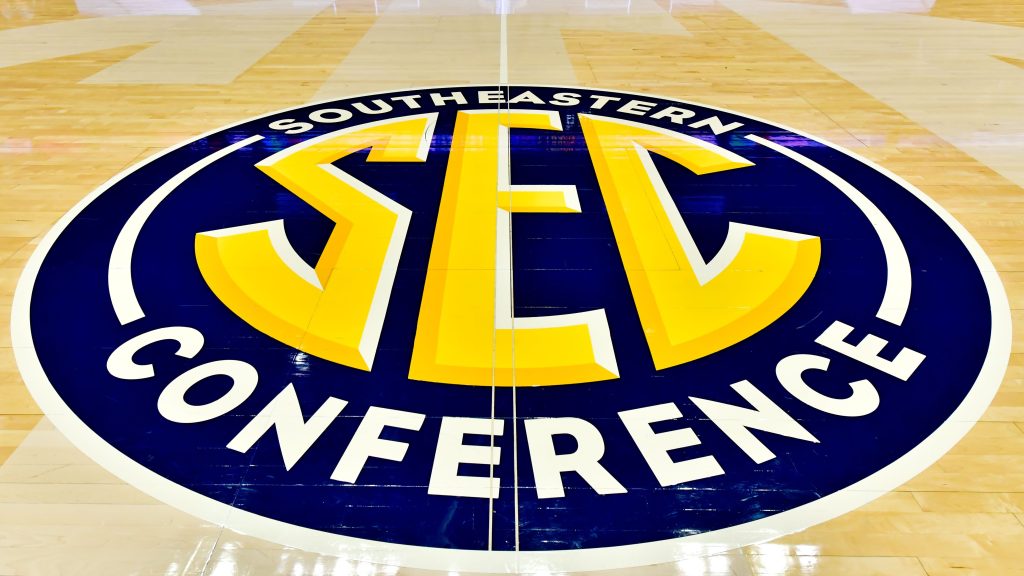 The pre-conference work has almost been completed. There is still the SEC/Big 12 Challenge to deal with and a few games this week, but for the most part the remainder of the SEC regular season is going to be SEC on SEC crime.

The league did well in some cases during the non-cons, terrible in others. As a result of a conference with no clear-cut favorite and a bottom that needs to have its diaper changed, the SEC starts conference play ranked fourth among the conferences by Sagarin and RPI and pretty much every other site.

Still, we look at Joe Lunardi’s Bracketology has eight teams in the Big Dance with only the Big 10 having more.

There will be a lot of cannibalizations in this conference because we know how difficult it is to play on the road. But it should be exciting, especially with the SEC Network and ESPN2 showing five SEC vs. SEC games on Wednesday (although in a strange bit of scheduling, there are four teams who do not play until next week).

Anyway, here is a look at the 14 teams and where they stand going into the conference season. There are three rankings including the Bracket Matrix that uses a combination of all the projections.

Win to hang a hat on: Alabama has what may be the best win in the SEC this year – a 91-82 triumph over No. 3 Gonzaga in Seattle.

Best player: Jaden Shackelford can light it up, shooting 41.4% from three. He leads the team in scoring and rebounding.

The skinny: That Gonzaga win was huge for Nate Oats, the team most think will eventually win the SEC. But losses in two of the last three games — to Memphis and Davidson — have put a damper on expectations.

First SEC game: The Razorbacks travel to Mississippi State for a 9 p.m. EST game Wednesday on the SEC Network.

Win to hang a hat on: Arkansas is going to have some work to do in the conference schedule because of a loss to Hofstra and its best win over No. 57 (NET) Kansas State.

The skinny: Arkansas is another team that didn’t get the most out of its non-conference schedule, which is why the NET ranking is so low.

First SEC game: Auburn and LSU are both schools that have had trouble with the NCAA, but that won’t matter when they play Wednesday night at 7 p.m. EST.

Win to hang a hat on: Auburn went pretty soft in the non-conference schedule, but the 89-68 win over Syracuse in The Bahamas was impressive.

Best player: Freshman Jabari Smith was supposed to be all that and he has been so far, averaging 17.6 points a game and 7.6 rebounds. He’s also hitting 46.9% of his threes.

The skinny: This is a typical Bruce Pearl team and he eased his Tigers into this season. Smith is a stud and he has plenty of weapons around him. The SEC opener is going to be a war.

First SEC game: The Gators travel to Ole Miss for an odd 5 p.m. EST start Wednesday on the SEC Network. UPDATE: Game postponed due to COVID

Win to hang a hat on: Florida’s victory over Ohio State at a neutral site was huge. Unfortunately, the win over FSU has been diminished because of the Seminoles’ issues.

Best player: Colin Castleton must stay on the floor for Florida to be good. He leads the team in scoring, rebounding and blocked shots.

The skinny: The Gators are a strange team that could use a road win Wednesday night. The loss to Texas Southern has brought their NET way down, but there is plenty of time to get it back up. This team feels like it can lose to anybody and beat anybody.

Best player: Grad student Aaron Cook has been a nice player for the Bulldogs averaging 11.1 points and picking up 77 assists already.

The skinny: This is not a very good team and has a long way to go. The Bulldogs have a game Wednesday against Gardner-Webb before starting SEC play.

Win to hang a hat on: Kentucky missed a couple of opportunities against Duke and Notre Dame, but handled North Carolina after COVID put a halt to their chance to play UCLA.

Best player: Oscar Tshiebwe has been a monster. The transfer from West Virginia just had a 28-rebound game against Western Kentucky and leads the SEC in rebounding at 15.5 a game.

The skinny: The Wildcats are coming off back-to-back blowout wins over North Carolina and Western Kentucky and look like they are ready for SEC play.

First SEC game: It should be a doozy when 16th-ranked LSU travels to 11th-ranked Auburn at 7 p.m. EST on ESPN2.

Win to hang a hat on: Winning on the road is never easy and LSU’s 69-53 win at Georgia Tech was the highlight so far.

Best player: Tari Eason is a 6-foot-8-inch sophomore transfer from Cincinnati who was pretty good there and is even better in Baton Rouge where his dunks have become legendary. He averages 17.7 points a game.

The skinny: The Tigers have played almost all of their games at home which is why an undefeated team doesn’t have a better Joe Lunardi ranking. Next three games – Auburn, Kentucky and Tennessee before a Jan. 12 trip to Gainesville. We’re about to find out how good this team really is.

Win to hang a hat on: There is not much there but an overtime win over Richmond in The Bahamas was probably the best win.

Best player: Iverson Molinar is back at it, averaging 16.9 points a game.

The skinny: Mississippi State has not been very impressive so far this season, although its best performance might have been a close home loss to Minnesota.

First SEC game: The Tigers get to go to Rupp Arena Wednesday at 7 p.m. EST.

Win to hang a hat on: The win over Utah at home was a highlight.

Best player: Kobe Brown has come into his own this year averaging 14.8 points and 8.9 rebounds.

The skinny: Some bad losses have put the Tigers at the bottom of the league. It doesn’t help to get Kentucky to start SEC play.

Bracketology: No factor yet.

Win to hang a hat on: The Rebels beat Memphis when the Tigers were ranked 18th in the nation 67-63.

Best player: Senior guard Jarkel Joiner leads the team in scoring at 14.8 a game and has 36 assists.

The skinny: Ole Miss only has two players averaging in double figures and is coming off a loss to Samford eight days ago. The Rebels need a win badly.

First SEC game: On the road at Arkansas Jan. 4 after a 12-day break because a game was lost to COVID.

Win to hang a hat on: FSU is certainly struggling this year, but Frank Martin enjoyed that 66-65 win.

Best player: Jermaine Couisnard leads the team in scoring again, but the 6-foot-4 guard is struggling with a groin injury.

The skinny: The Gamecocks are like a lot of teams in the bottom half of the league. Good enough to beat you but struggling to score points.

First SEC game: The 14th-ranked Vols will have their hands full with No. 19 Alabama at 9 p.m. EST on ESPN2

Win to hang a hat on: The Vols handed Arizona its first loss of the season a week ago, winning 77-73 in Knoxville.

Best player: Senior John Fulkerson is the heart and soul of the team averaging 9.9 points and 6.6 rebounds a game. The 6-foot-9-inch center needs to stay out of foul trouble.

The skinny: Tennessee has one of the most balanced teams in the SEC with eight different players averaging five points a game.

First SEC game: The Aggies don’t play until next week, traveling to Georgia on Jan. 4.

Win to hang a hat on: The Aggies handled Notre Dame 73-67 at home, which looks like a good one until you see the Irish are 109th in NET.

Best player: Quenton Jackson leads the team in scoring and his 12.3 points a game is the only average among the top 40 in the league

The skinny: The Aggies can defend, but they lack scorers and are next to last in the conference in rebounding. They get another buy game against Central Arkansas Wednesday before starting league play.

First SEC game: The Commodores are part of next Tuesday’s package with a game at Arkansas Jan. 4.

The skinny: Vanderbilt went through a stretch where it lost three in a row, but will start SEC play next week with a three-game winning streak.