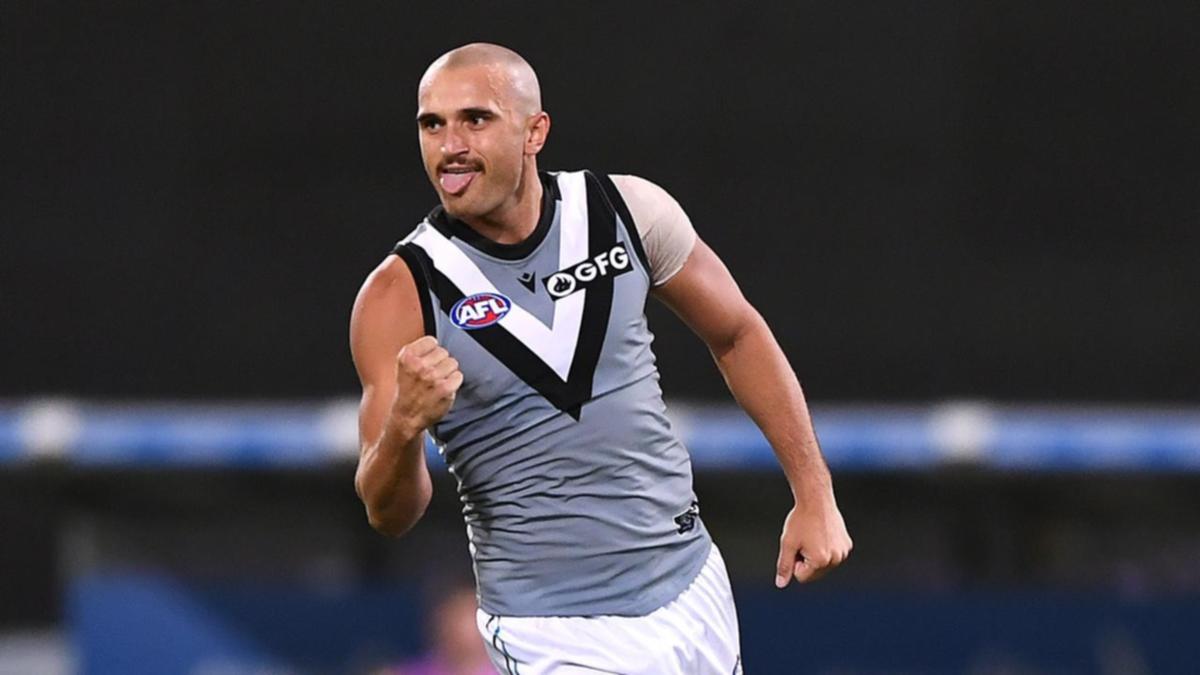 The Power utility will play his 100th AFL game on Friday night when his side face the Western Bulldogs in a rematch of a preliminary final last year.

Powell-Pepper was suspended in 2018 by the AFL and his club for inappropriate conduct, stemming from a drunken incident involving a woman at a bar.

The West Australian took time away from football early last year to deal with undisclosed issues.

“Just a few things off-field that I had to get sorted,” Powell-Pepper told reporters on Wednesday.

“A year has gone now and I am in such a better place.”

And the 24-year-old said being a father had changed his outlook.

“I am the happiest I have ever been … life is unreal,” he said.

“I am a family man now and it has helped me so much better with my footy … it (fatherhood) just opens your mind so much.

“It’s a bit hard to talk about because you can’t really explain what it is until it happens to you.

“I have always wanted to be a father since I was a young bloke and it has come a bit quicker than I thought but I wouldn’t change it for the world, she is the most perfect little girl.

“And after a loss you come home to her and it puts everything in perspective and you want to go back into the club … and get going again because you have got a purpose now.”

Powell-Pepper, recruited by Port with pick 18 at the 2016 draft, was surprised to be linked with West Coast during the trade period last year.

“Personally I didn’t know anything about it, I was just going about my off-season,” he said.

“As you know, things get out in the media but nothing at my end … I love playing at Port.”

“You will all get to see if Sam has a proper commitment to play at AFL level by what he does through this pre-season,” Davies said last October.

Davies’ comments caused a stir but not with Powell-Pepper.

“That didn’t bother me too much,” he said.

“I pretty much set those goals for myself and obviously had those conversations (but) not publicly.”