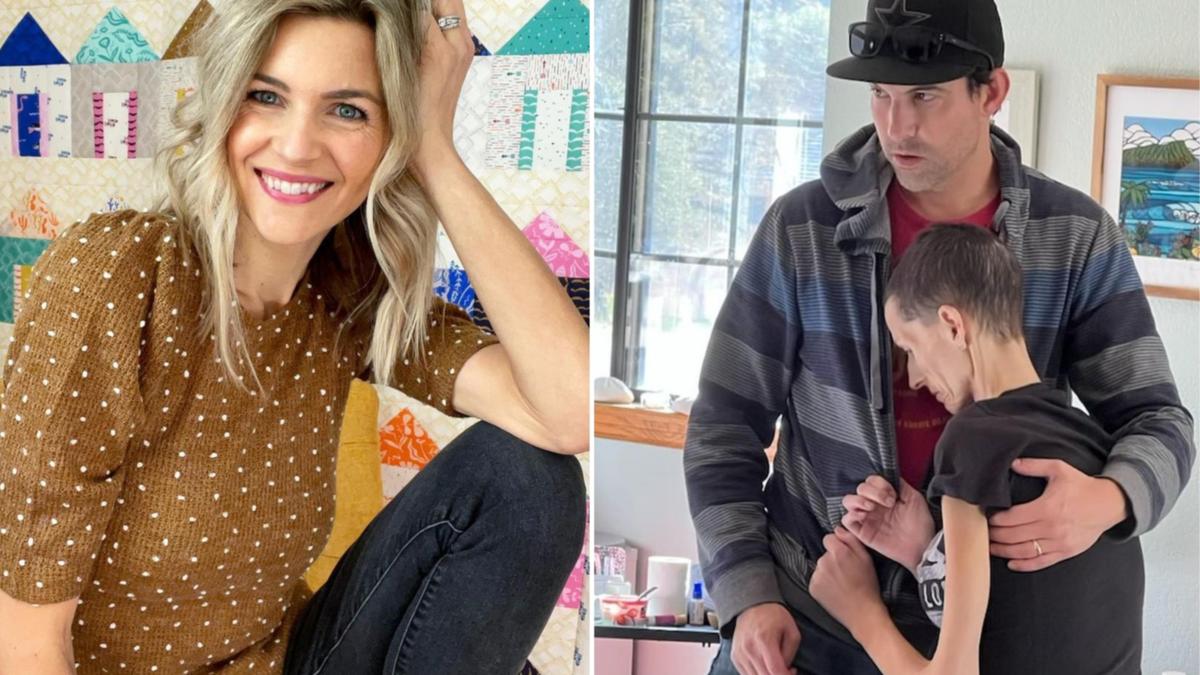 YouTube star Melanie Ham has died after losing her battle with a rare cancer at the age of 36.

The mum-of-two, from Los Angeles, ran a popular channel dedicated to sewing, crocheting and DIY tutorials, with more than 800,000 subscribers and some videos reaching over five million views.

She was diagnosed with epithelioid angiomyolipoma, an aggressive cancer form of sarcoma, in August 2020 after doctors found a mass in her kidney at the end of 2018.

Her distraught husband Robert confirmed the devastating news his wife of nearly 16 years died on January 12 after losing her life to an “insidious disease”.

“It is with a heavy heart and deep sadness I share the news of the passing of my sweet, amazing, beautiful wife Melanie,” Robert wrote on Instagram.

“Over the past few months things have been progressively getting worse and we’re thankful that we made it to this point through the holidays and tried to make every moment count.

“My family, our doctors, our nurses and especially Melanie fought until the end and did all we could do to avoid today, but that is not our path. Let me reassure all those rooting for us, Melanie fought like a warrior queen.”

Among the photos Robert shared of his wife was one showing him comforting her in hospital during a “very vulnerable” moment.

Robert, who shared a son and daughter, both under the age of 14, with Melanie, said his family wanted to “celebrate an amazing woman and a life well-lived”.

“She loved passionately, created beautifully, provided abundantly and was my best friend all the way to the end,” he said.

“She was an extraordinary woman and God has another beautiful angel. She can now walk, and sing, and dance in a way her body did not allow over the last few months.”

Robert added: “Peace and love to you all, hug those you love today, put up a toast of Bourbon (her favourite that she hasn’t partaken in during her journey) and say a prayer for my beautiful, strong children.”

Speaking on her health in the August 2020 blog post, Melanie said the cancer was “very, very rare” and “behaves differently than a typical cancer which is why it was so unpredictable.”

After undergoing surgery in May and despite a successful procedure, Melanie said she developed new symptoms five weeks later.

She explained how her scan showed “the cancer spread and had become very aggressive… again.”

Melanie said her hair fell out after undergoing a gruelling round of chemotherapy.

“We were, of course, hopeful that this chemo would work but after a few rounds we scanned again and the chemo wasn’t doing a darn thing – all the cancer was still progressing. Another gut punch,” Melanie wrote.

At the end of August, she switched chemo drugs.

“We’re always trying to stay optimistic that this will be the treatment that works, but the truth is there is no clear path on how to battle this, so we’re just gonna keep fighting,” she said.

A Celebration of Life ceremony for Melanie will be held on Saturday in Valencia, California, which will be livestreamed.