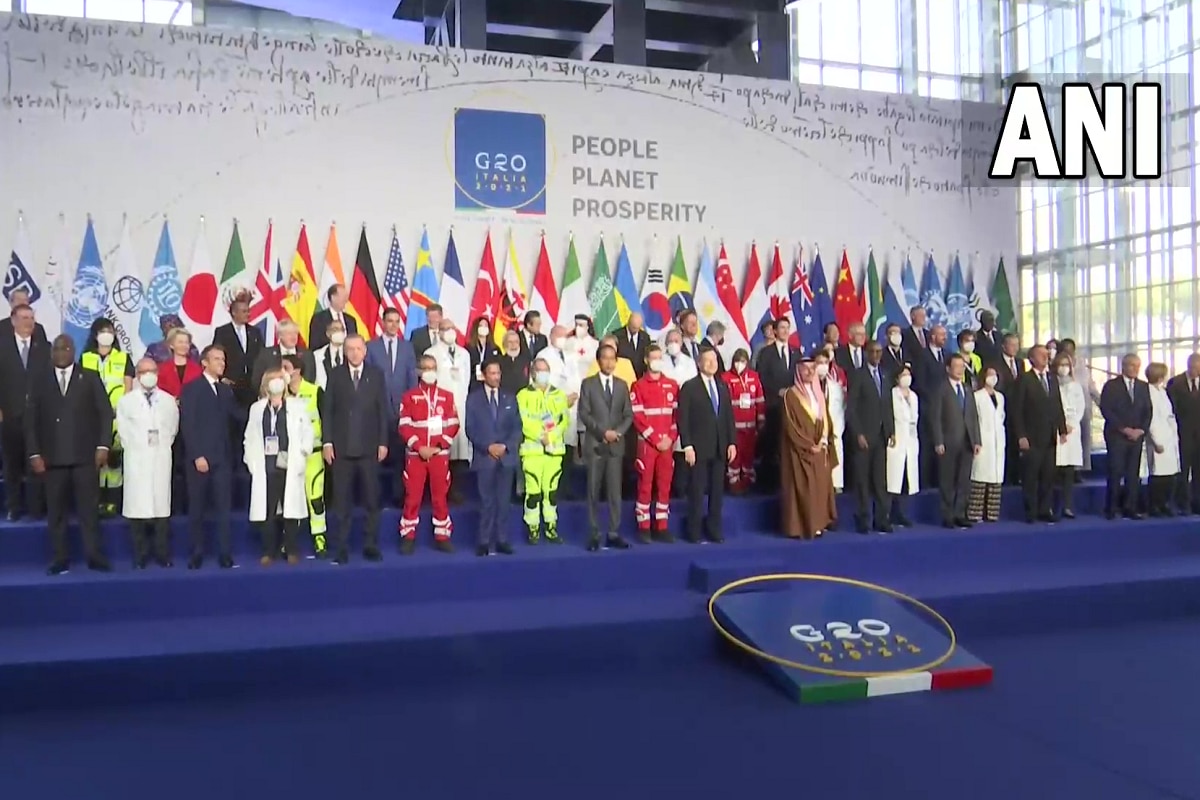 “On the sidelines of the @g20org Rome Summit, PM @narendramodi interacts with various leaders,” the PMO said in the tweet. Also Read – PM Modi Embarks On 3-Day Visit to Rome, The First by an Indian Prime Minister in 12 Years | Here’s What is on Agenda

Earlier in the day, PM Modi attended the G20 summit in Italy’s Rome. The focus of the summit was climate change, economic recovery, the pandemic and the global minimum corporate tax rate.

After session, the world leaders were joined by healthcare frontline workers for a ‘family photograph’ at Roma Convention Centre in Rome.

The opening session focused on global health and the economy, with a meeting on the sidelines between US President Joe Biden, German Chancellor Angela Merkel, French President Emmanuel Macron and UK Prime Minister Boris Johnson to discuss Iran’s nuclear program.

In the pictures shared by the PMO, PM Modi was seen walking with Biden in a half embrace, apparently sharing a light chitchat. The two leaders are seen happy to be in each other’s company.

In other photos, PM Modi was seen embracing Macron and engaged in an animated discussion with Trudeau and Johnson.

It must be noted that G20 is a leading global forum that brings together the world’s major economies. Its members account for more than 80 per cent of the global GDP, 75 per cent of global trade and 60 per cent of the population of the planet.

The forum has met every year since 1999 and includes, since 2008, a yearly summit, with the participation of the respective heads of state and government.

This time, the summit is centred around the theme ‘People, Planet, Prosperity, focussing on the areas of recovery from the pandemic and strengthening of global health governance.