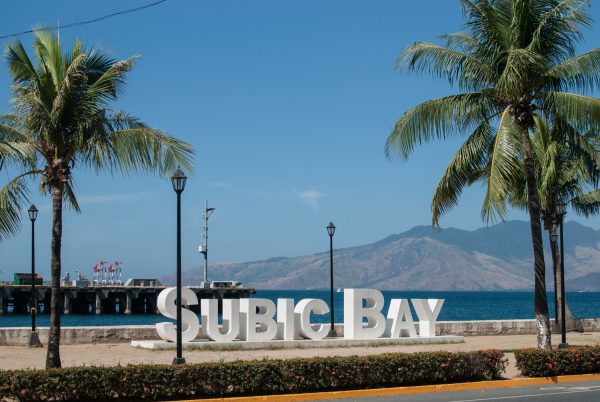 The Philippines says it is ready to open the country’s military facilities to America should the conflict in Ukraine spread into Asia, the country’s ambassador to the United States said yesterday.

Ambassador Jose Manuel Romualdez told reporters during an online forum that President Rodrigo Duterte made the remarks in a recent meeting in Manila. If the U.S. asks for support, the shoot-from-the-hip president “was very clear that – if push comes to shove – the Philippines will be ready to be part of the effort, especially if this Ukrainian crisis spills over to the Asian region,” Romualdez said, according to a report from BenarNews.

Specifically, Romualdez said that Duterte indicated that in the event of an “emergency situation” the Philippines would allow the U.S. forces to return to the former naval station at Subic Bay and the nearby Clark Air Base, gargantuan U.S. facilities that were mothballed at the end of the Cold War.

“He offered that the Philippines will be ready to open its doors, especially to our ally the U.S. in using our facilities, any facilities they may need,” Romualdez said.

The Philippines has condemned the Russian invasion of Ukraine and voted in early March, in favor of a U.N. General Assembly resolution that slammed the attack and demanded an immediate withdrawal of all Russian troops from Ukraine.

Under the 1951 Mutual Defense Treaty (MDT) between the Philippines and the U.S. (full text here), the two countries pledge to aid each other in the event of “an armed attack in the Pacific area on either of the Parties.”

Exactly how the Russia-Ukraine conflict might spread to Asia is unclear, but the pledge to support the U.S. in any conflict in Asia would appear to extend beyond the text of the treaty. According to Article V of the MDT, “an armed attack on either of the Parties is deemed to include an armed attack on the metropolitan territory of either of the Parties, or on the island territories under its jurisdiction in the Pacific Ocean, its armed forces, public vessels, or aircraft in the Pacific.”

Since any conceivable extension of the Ukraine war to Russia would be unlikely to involve a direct attack on either the Philippines or the U.S., this promise of support would seem to amount to a pledge to come to Washington’s support, even in potential Asian theaters that may not directly impact the Philippines.

This pledge is all the more surprising coming from an administration that has been ambivalent, to say the least, about its treaty alliance with the United States. Since taking office in 2016, Duterte has lashed out at the U.S. for criticizing his bloody war on drugs, and has tacked sharply (if inconsistently) toward China, despite Beijing’s ongoing assertiveness in the South China Sea.

In early 2020, Duterte announced his intention to scrap the Visiting Forces Agreement (VFA), an important supplementary pact that lays out rules for the deployment of U.S. troops in the Philippines, in a fit of pique after a close ally was refused a U.S. visa. But Duterte then announced three successive six-month stays of the suspension, before canceling the decision during U.S. Defense Secretary Lloyd Austin’s visit to Manila in July.

This foreign policy inconsistency – the alternating pattern of anti-American outbursts and reaffirmations of the U.S. alliance – is very much par for the course for the past six years under Duterte. While U.S. officials will appreciate Manila’s show of support, many will also be relieved that the administration’s term is rapidly coming to an end.