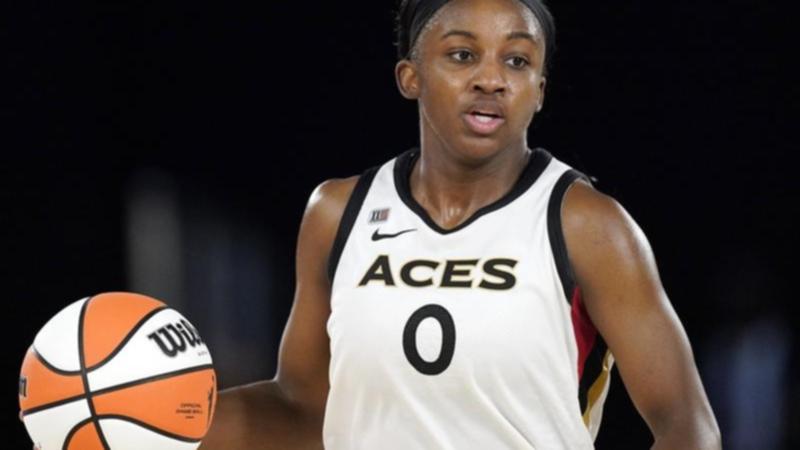 Perth have triumphed in the battle of the WNBL’s top-two teams with a 76-71 victory over Melbourne to extend their win streak to five games.

Down 65-62 with less than 10 seconds remaining, the Lynx ran a terrific inbounds play to find Alexandra Sharp on the perimeter, who nailed her three-pointer to send the game to overtime as Lindsay Allen’s final second potential game-winner rattled off the rim.

Forcing back-to-back shot clock violations in OT, Lauren Scherf put the Lynx up by two points before Jackie Young iced the game from the stripe in a State Basketball Centre contest that was never separated by more than three points in regulation.

“It was very much possession by possession that whole game,” Sharp said as the Lynx celebrated their second overtime game win of the season.

“There wasn’t even really momentum swings, it was so back and forth.

“We just had to stay really focused in the moment, I think that’s what kind of got us over the edge at the very end there.”

American import Young top scored for the Lynx with 26 points, seven rebounds and six assists while Lauren Scherf had a monster double-double with 19 points and 18 rebounds.

Perth’s win puts them top of the WNBL ladder with seven wins and two losses, trailed by the UC Capitals in second and the Boomers in third.

In Sunday’s other action, the Townsville Fire prevailed by 20 points over the Sydney Uni Flames 86-66 at Qudos Bank Arena.

Monique Billings torched the Flames with 25 points and eight rebounds with Stephanie Reid adding 15 points, and Sug Sutton 14 of her own.

While in South Australia, the Bendigo Spirit prevailed 74-62 over the Adelaide Lightning to begin round 10.