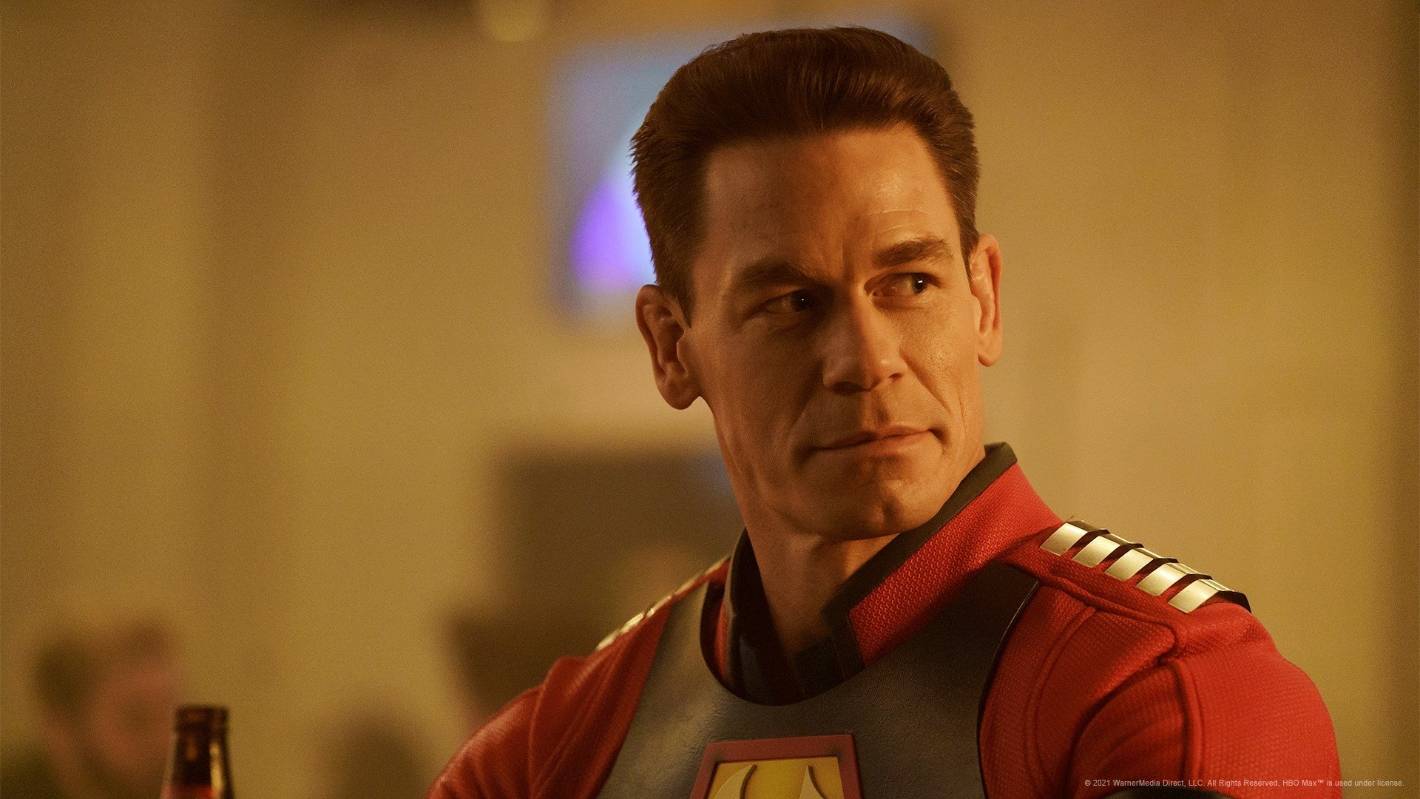 An eight-part show that picks up on a post-credits scene from last year’s The Suicide Squad. An idea and scripts that movie’s creator James Gunn came up with out of boredom during eight weeks of pandemic-enforced lockdown, convinced that it would never be picked up.

Turns out, he was wrong. Not only did HBO want to see more of the “world’s biggest douchebag”, the self-confessed superhero who is actually a supervillain, a man who would kill for peace, but the result is an entertaining and, at times, hilarious take on the superhero genre that almost as good, and not nearly as violence and sweary as Amazon’s The Boys.

Then again, should it really be a surprise? This is the same Gunn who turned Marvel’s Guardians of the Galaxy’s misfits into the consistent cinematic crowdpleasers that they are.

Peacemaker (now streaming on Neon and Sky Go) picks up the action with the ironically monikered former Taskforce X member (John Cena) having spent five months in hospital recovering from the dual misfortune of being both shot and having a building fall on him.

Originally thought to have perished, he’s actually emerged with just a broken clavicle, not that this brush with death has left “the luckiest man alive” feeling any more humble.

Asking for the x-ray contrast to be upped so it shows off the time he has spent on his small- muscle groups has not been wasted, he then proceeds to spread rumours about Aquaman’s predilections, before being given the news that he can go home and “enjoy life” as long as he keeps up his physiotherapy.

But even as he’s schooled about his racist tendencies and seeks out his father (Robert Patrick), if only to retrieve his beloved sidekick Eagly, the man born Christopher Smith knows his new freedom will invariably come at a price.

Having only served four years of an 80-year sentence, even killing Rick Flagg to protect the secrets of Project Starfish hasn’t stopped Amanda Waller (Viola Davis) from insisting “Peacemaker” still has more time to serve. After all, who wouldn’t want to keep a close eye on – and use – a born killer with expertise in every weapon known to humankind? Especially when Project Butterfly is now being put into effect.

It’s a prospect though that neither excites – or even makes much sense – to Smith.

“What, am I fighting Mothra now? I want a jetpack,” he rages, having dismayed the rest of his new covert team by turning up to their diner meeting in full costume. That’s when they politely remind him of his debt to Waller and the bomb that’s still in his head.

The perfect antidote to those depressing early DCEU duds like Justice League and Batman vs. Superman, Peacemaker is a bundle of fun that certainly feels like it could rival the best of Marvel’s mini-series from the past year.

At the centre is a terrific performance from Cena, who just goes from strength to strength when it comes to his comedic timing and delivery of laugh-out-loud lines. In a way, it’s the perfect role for the former WWE champ, but he delivers the bombast, delusion and sometimes surprising sweetness with a swagger that just makes you want to see where his soft, ‘80s-hair-rock-loving character might go next.

If the rest of this squad are, at this stage, a little too archetypal and sketchy to provide any breakouts or truly memorable moments, the casting of former Terminator 2 villain Patrick as Smith’s David Lynch and Lyall Lovett-esque bequiffed irascible Dad is inspired and Weta Digital do fine work in bringing the brilliant Eagly to life.

Throw in some truly unforgettable dancing that doubles as an opening credits sequence and you’ll find yourself eagerly awaiting the next instalment as soon as you’ve finished the first one.

Peacemaker is now available to stream on Neon and Sky Go. New episodes will also debut on SoHo at 8.30pm every Thursday from January 27.