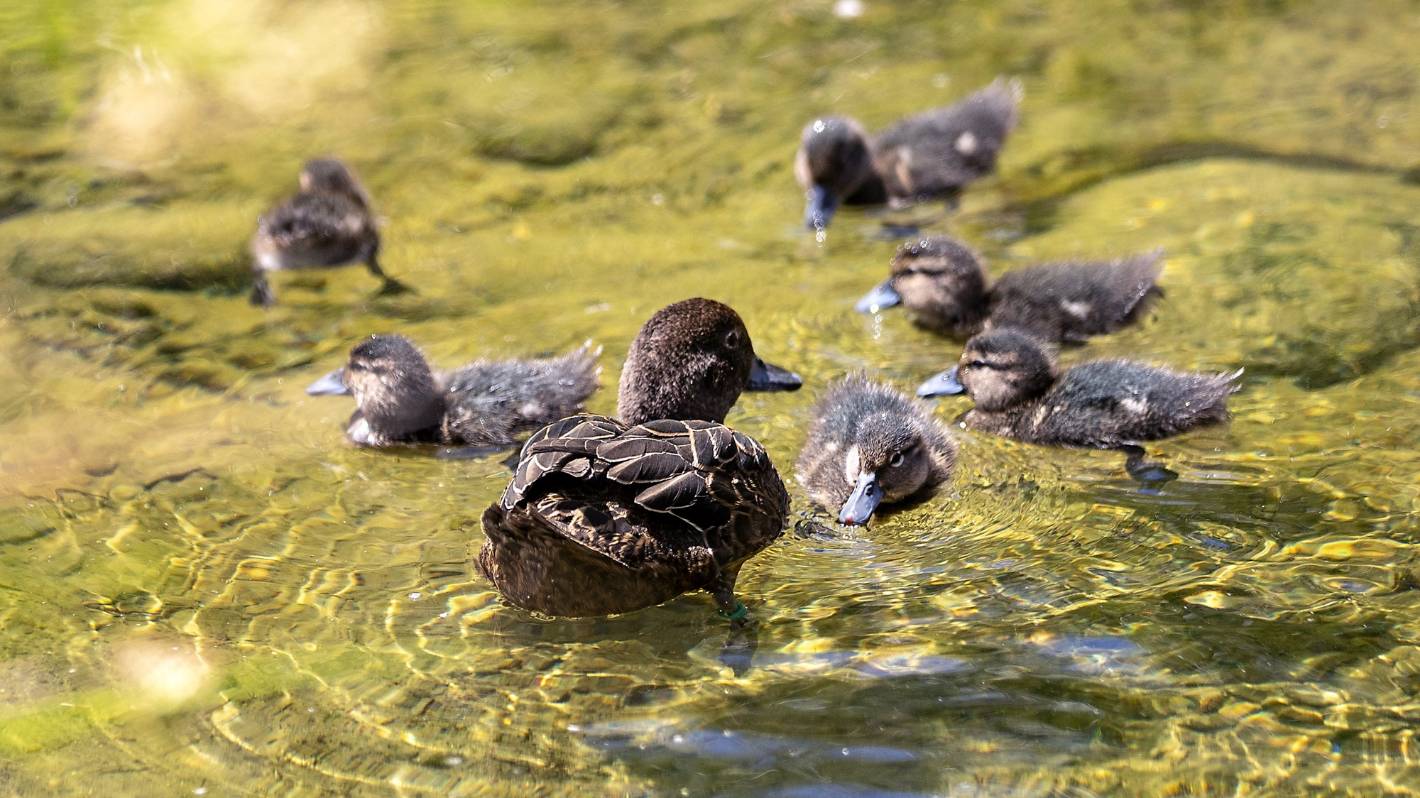 Now the pride of the pāteke aviary, six new fluffy rare ducklings that hatched on New Year’s Eve, are taking swimming lessons from a proud mum while a protective dad stands sentry.

City council support officer Bex Ingram said the hen had already reared a clutch of three ducklings this season, so the arrival of another clutch of six was a pleasant surprise, and her best effort in her nine years of breeding.

The pāteke are part of Department of Conservation breeding programme, which aims to release the birds, also known as brown teal, back into the wild.

Technician Tracie Poole said staff knew the hen had been laying and was sitting on the nest, but the eggs were not expected to hatch until later in January.

“She is very proud, the way she wants to show off her babies,” said Ingram.

The nine-year-old mum had already successfully hatched 70 ducklings, 67 of which had been successfully reared and released.

Apart from going into the enclosure to feed the pāteke, staff were hands-off with the new family.

They backed off from the time they noticed the female spending more time out of sight, heading to her nest to tend to the clutch of eggs, which were laid over several days then incubated all together.

While she was nesting, the male would feed her and defend her except for her short excursions for more food and water over about a month.

The ducklings were just about ready to hit the water and feed themselves as soon as they hatched, but hung around with the parents for a few weeks learning more about how to be a duck.

The first time they would be handled by people would be when staff did their five-week health check, at which stage they would have grown to about half their adult size.

The clutch would graduate to the Isaac Conservation and Wildlife Trust’s Peacock Springs facility near Christchurch as the stepping stone to their release into the wild at a currently unknown, predator-managed location.

Meantime, they were adding interest for holiday visitors to Wildbase Recovery, so long as their visits coincided with their parents’ timetable for swimming practice.