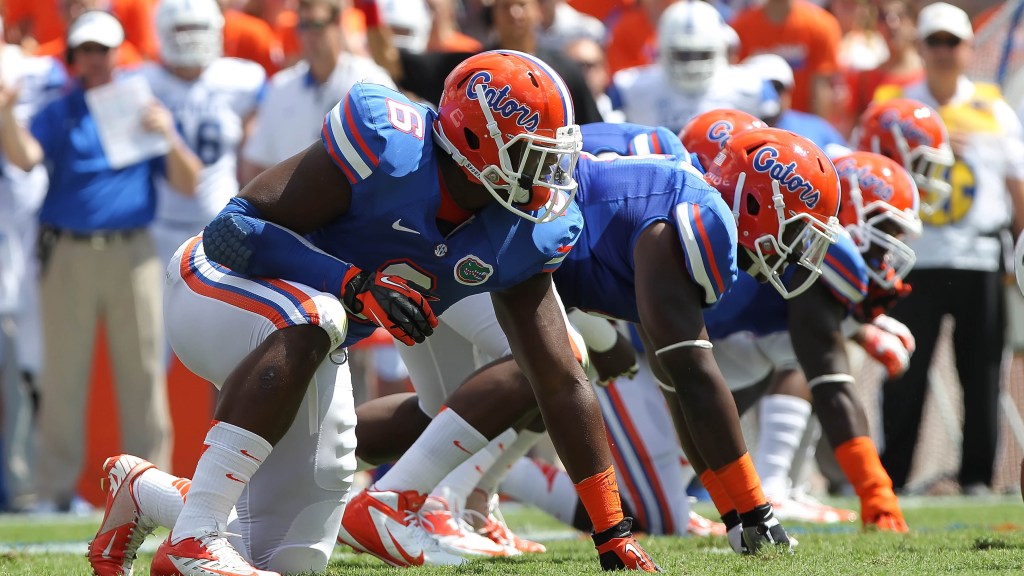 Who would have thought when this season began, we would see Florida limping into a bowl game and made it to one in part because a Florida State kicker whiffed on an onside kick attempt?

Who knew before the Gators were showing up with Tampa as a possible destiny that there was such a thing as the Gasparilla Bowl?

Who had any idea that this season would look like this and that Gator fans would be raving about a coach they barely know yet?

But this is football in all its unpredictability and pathos. America’s sport is not only unscripted it is sometimes unthinkable. What just happened?

Well, Florida beat FSU to qualify for a bowl, and nobody knows who will show up and what the mindset will be for a team in transition.

Coaches will tell you how important it is and certainly the fact that the Gasparilla Bowl is a sellout already tells us that the fans on both sides are excited. And we know UCF will be amped to get a game with the mighty Gators before the 2-for-1 kicks in during the 2024 season.

How excited are the Gators? We’ll know on Dec. 23.

But is it really all that beneficial to be playing in a lower-tier bowl game in a stadium you have already played in this season?

Here are five reasons it is a big deal for Florida football:

Obviously, getting extra practices is a plus…

… but really most coaches will tell you that it’s all about using that time to develop younger players for the following year. It’s one of the issues with the perceived lack of parity in college football – the better teams go to bowls and get to work on being better the next year while the non-bowl teams are stuck at home.

When you look at this Florida team, one of the biggest problems is the lack of returning players that give Gator fans hope for 2022. Maybe the extra work will be a bigger plus than we can imagine.

The exposure is nice, too.

Nobody knows what kind of ratings the game will bring but Florida vs. UCF is the only game being played next Thursday night at 7 p.m. EST. People will be starting their Christmas weekends and the lure of big brother against little brother certainly can’t hurt.

The season isn’t over.

For almost 50 FBS teams, it is over. Florida fans get one more chance to cheer for the Gators even though they may be worn out watching this team. Still, after a year with small crowds and masks required in most stadiums, just going to another game is a positive step.

Look, you all know what it was like in 2013 and 2017 when Florida didn’t make it to a bowl game. The alternative – even the Gasparilla Bowl – beats the emptiness of a bowl season without your team involved.

It’s an opportunity to go 4-0 against state teams.

Florida has already beaten Florida Atlantic, USF and FSU this season for half of its six wins. Since FSU beat Miami, there would be no doubt about the state of Florida champion if the Gators can handle the Knights.

We might finally see what Dameon Pierce can do with more than 10 touches in a game.