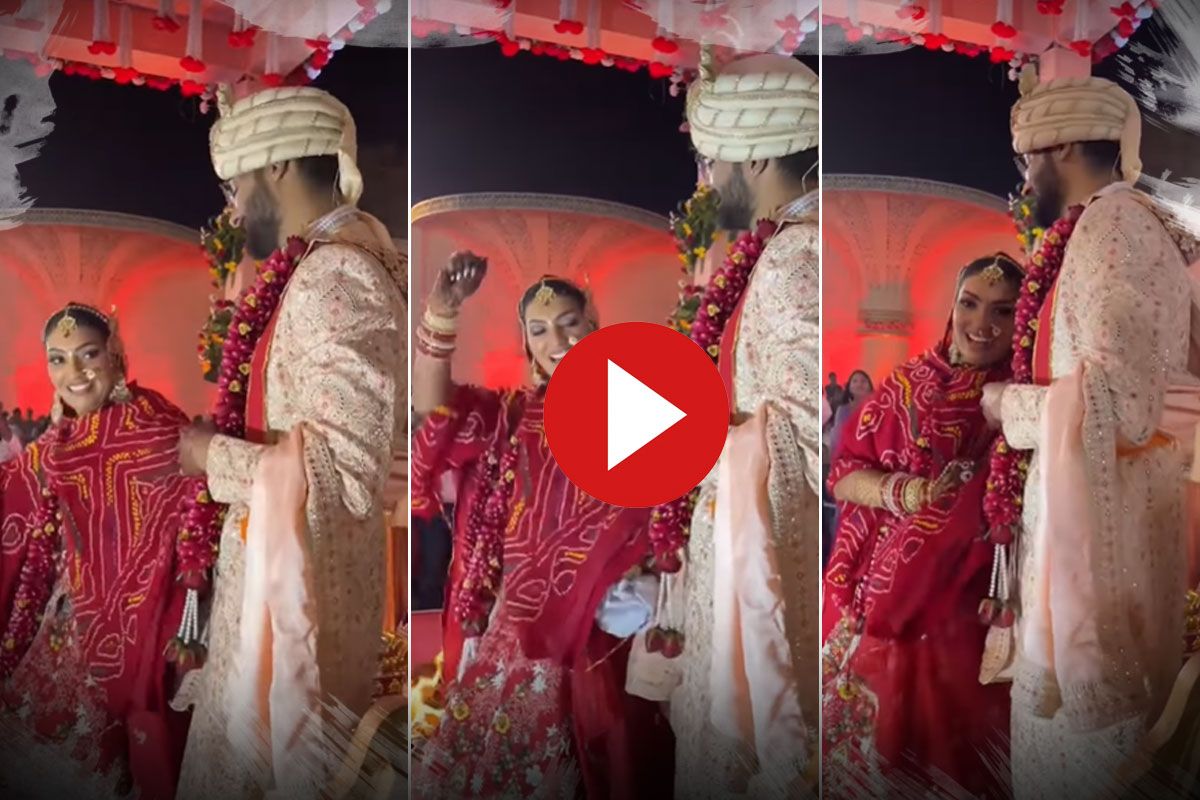 Bride Groom Video: Indian weddings are beautiful, full of dance, music, fun and traditions but exhausting at the same time. The ceremonies begin in the morning with chooda, haldi and ghadoli and go in till early morning the next day. Clearly, everyone in the family, especially the bride and groom would be tired and wanting to go home when it gets really late. For many desi wedding, the same goes for the panditji who reads the mantras during the phera ceremony, after which the bride and groom are officially husband and wife.Also Read – Rajasthan Bride Marries Another Man After Drunk Groom Kept Dancing & Delayed Baarat For Hours!

The video was shared on Instagram by the page ‘wedabout’ with the following caption: ‘A savage Panditji at your wedding is a must for extra fun and Masti’. The video shows a bride looking beautiful in red lehenga and a groom dressed in a beige sherwani taking pheras in a mandap. Also Read – Viral Video: Bride Grooves to ‘Banno Tera Swagger’ As Groom Makes Dashing Wedding Entry | Watch

As the couple was walking slowly and it was getting late, around 3 am, the panditji asks the bride and groom to run. ‘Bhaglo beta bhaglo’, the panditji could be heard saying. The couple and their families all erupted into laughter on hearing this. The pandit then asks the bride and groom to sit down for the pooja till the next phera. The video has received nearly 20k views and 820 likes. Also Read – Viral Video: Bride Complains About Getting Married in Summer, People Find It Relatable | Watch

Watch the viral video below:

What do you think of the video?