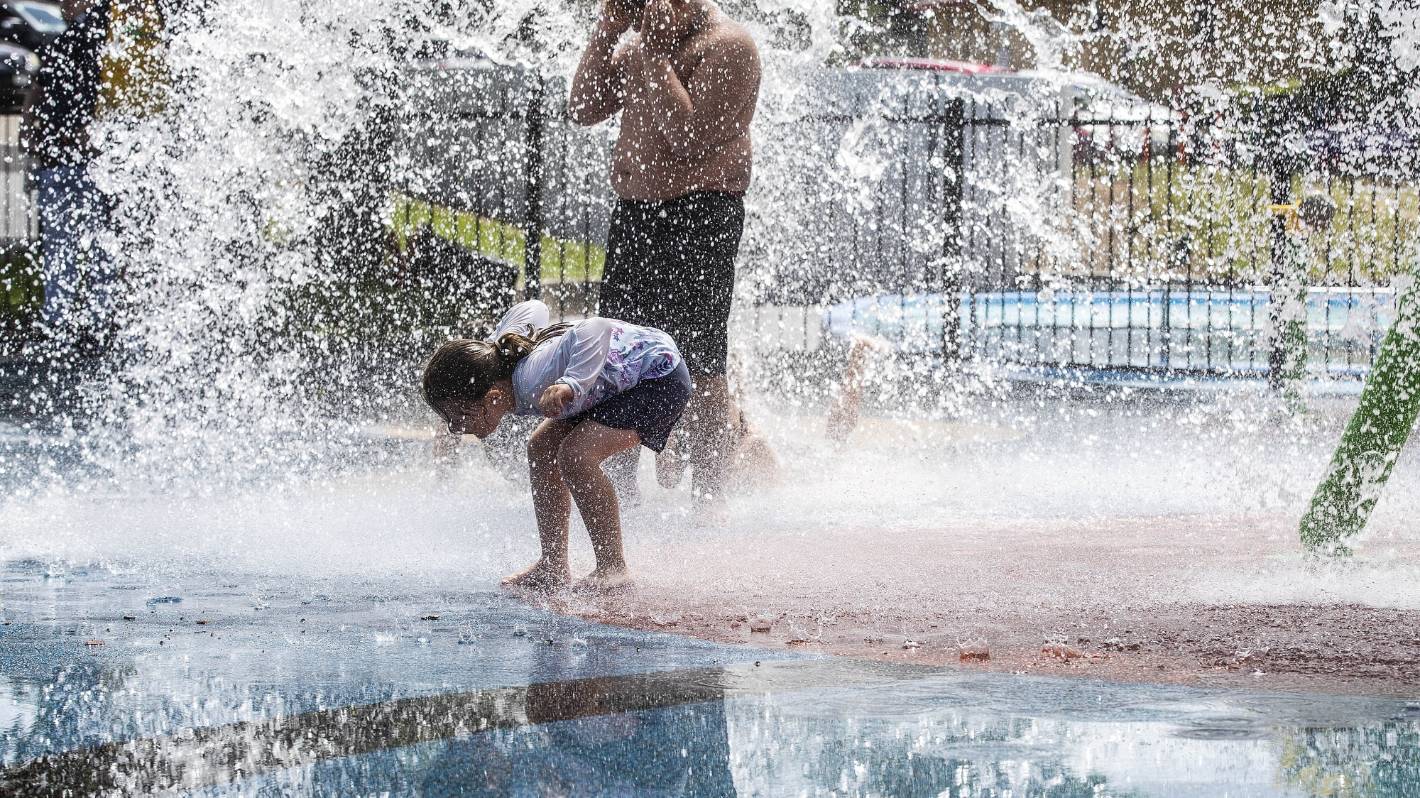 Matilda Loveridge gets doused by the large super soaker bucket at the new splash pad at Memorial Park.

A giant bucket drenching anyone nearby is proving to be a popular feature at Palmerston North’s new splash pad.

The region’s only free-to-use splash pad at Memorial Park opened on Saturday and was quickly filled with children wanting to play in the water.

The new splash pad, next to the paddling pool at the park, has separate areas for babies, toddlers and older children.

The section for under 5s is separated from the area for older children and has a safety barrier. There are tubs for children to play in.

But the large red super soaker bucket, which fills with water and tips over, dumping water on anyone underneath, drew shrieks of surprise and joy from children.

There are other small buckets which fill with water, as well as sprinklers, fountains and water which squirts out of the ground.

Palmerston North woman Sophie Loveridge had brought children Matilda, 5, and Patrick, 4, and the young pair were having fun playing in the water.

Matilda eagerly waited for the bucket to fill before the water dropped on her, then dashed away.

Loveridge said the new splash pad was fantastic and as soon the children knew it had opened they wanted to come and use it.

“It’s so great. I think we’re going to be down here most weekends and school holidays to be fair.”

Lifeguards from the Lido Aquatic Centre will be on duty on weekends and public holidays.

Lifeguard Farid Sovini believed the splash pad would grow in popularity and in a week or two people wouldn’t be able to find a free space.

He said it was popular because people had spent a large part of the year stuck inside due to Covid-19.

“Not only the kids, even the parents… they enjoy it more than the kids, I believe.”

The splash pad will operate from 10am to 9pm during summer.

Palmerston North City Council parks and reserves manager Kathy Dever-Tod said the paddling pools at Memorial Park and Victoria Esplanade were now ready for use and she was excited people could now experience the new addition to Memorial Park.

The splash pad works on a reticulation system, which chlorinates and recycles the water.