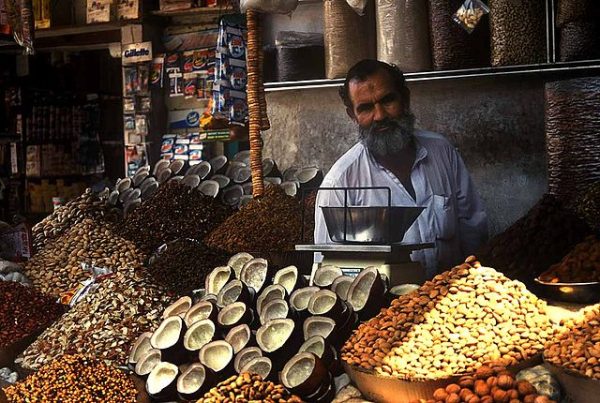 In the past two months, Pakistanis have woken up twice to enormous hikes in fuel prices that the Imran Khan government decided on, amid a serious economic meltdown. Simultaneously, the government raised the power tariff and removed a 72 billion Pakistani rupee (approximately $40 million) subsidy, pushing energy rates to all-time highs.

Pakistan is seeing record inflation as the price of commodities skyrocket in the international market, leading to a spike at home.

With the country sliding deeper into an economic crisis, pressure mounts on Prime Minister Khan, who promised a “Naya” [new] Pakistan with an improved economy, poverty alleviation and creation of 10 million jobs under the vision of an Islamic welfare state.

Before coming to power, Khan strongly opposed International Monetary Fund (IMF) loans for their strict conditions. So, the PTI government negotiating a $6 billion bailout package to stave off the balance of payments crisis was a major U-turn in Khan’s position.

The latest tariff hikes were issued to meet conditions set by the IMF prior to disbursement of a $500 million tranche in April. The 2019 deal heavily taxed Pakistan’s import-based economy and allowed for a free fall of the rupee, resulting in historic devaluation of the currency.

In the 38 months since the PTI took over, the cost of living in Pakistan has gone up by 35 percent. A comparison of CPI numbers from August 2018 to October 2021 shows that health and transport costs increased by 32 percent while food prices are up by 48 percent.

With a 79 percent price hike, sugar costs as much as petrol.

Apart from food and energy products, rates of other items have risen and fallen 6 to 8 percent over the last three years. Trends indicate that CPI inflation will likely enter double digits this month and remain so for the next several months. Meanwhile, SPI recorded a 17 percent year-on-year increase last week.

A day after his speech, the government raised petrol prices by 8.03 rupeea per liter.

Khan has been defending his administration by blaming previous governments’ policies and corruption, and inflation in international market. His ministers, on the other hand, blame global inflation and insist domestic food and energy prices are still cheaper than regional economies.

The galloping inflation comes at a time of high unemployment and stagnant incomes amid the pandemic. But the unprecedented misery of Pakistani citizens is aggravated by the lack of sympathy offered by the government as it refuses to accept its own role in the mounting cost of living and attempts to discredit criticism for poor governance and delayed decisions.

Adding fuel to the fire, the PTI’s social media wing roped in overseas Pakistanis to “educate” locals on global inflation while the State Bank of Pakistan (SBP) Governor Dr. Reza Baqir presented the rupee devaluation as a silver lining for overseas Pakistanis.

Despite three years of public outcry on sustained inflation, the government appears oblivious to the political cost of the economic grief – a failure that has emboldened the opposition alliance’s narrative that ordinary citizens may not be able to afford basic necessities if the government does not own up to its gaffes.

With only a year-and-a-half left until the next elections, Khan needs to rethink his economic policies because the slogan of a “Naya Pakistan” may not be enough to sway voters this time.