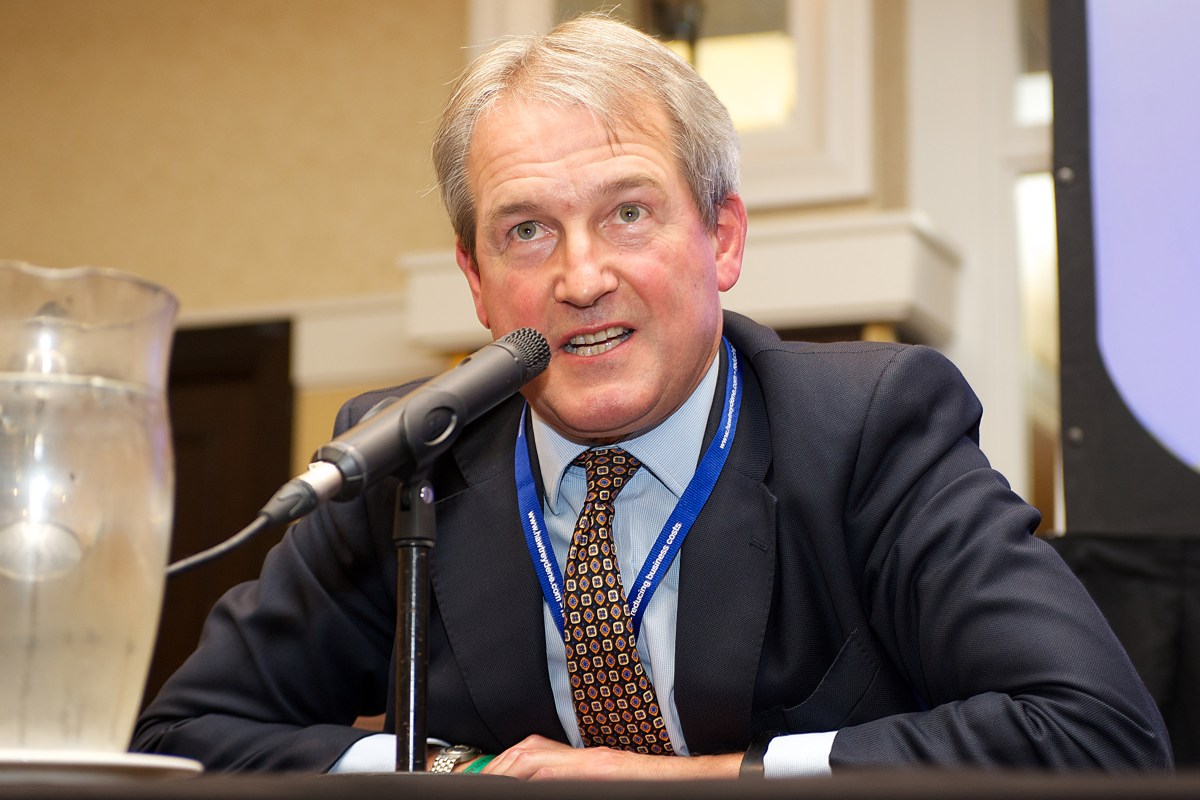 OWEN Paterson has resigned as a Tory MP after Boris Johnson abandoned a controversial bid to save his career from sleaze scandal.

The embattled ex-Cabinet Minister announced he was quitting the “cruel world of politics” and accused MPs of “deriding” the suicide of his late wife Rose.

His shock resignation means a byelection will now be fought in the safe Conservative seat of North Shropshire.

The PM today pulled the plug on controversial plans to spare Mr Paterson from a guilty verdict delivered by Parliament’s chief sleaze-buster.

It meant the former Environment Secretary faced a Commons ban for lobbying ministers and officials for two firms that paid him more than £100,000 a year.

Mr Paterson, 65, has maintained his innocence and had vowed to clear his name.

But today he announced he was quitting for the sake of his children who are already grieving their mother’s death.

In a statement he said: “I have today, after consultation with my family, and with much sadness decided to resign as the MP for North Shropshire.

“The last two years have been an indescribable nightmare for my family and me.

“My integrity, which I hold very dear, has been repeatedly and publicly questioned.

“I maintain that I am totally innocent of what I have been accused of and I acted at all times in the interests of public health and safety.”

Mr Paterson insisted he was not using his position as an MP to benefit Randox and Lynn’s Foods but to raise issues of national importance – and would do so again.

He rejected the findings of Parliament’s standards commissioner Kathryn Stone that he had inappropriately lobbied for the companies.

One Tory MP told the Sun the “writing was on the wall” that Mr Paterson’s career was doomed.

Mr Paterson continued: “Far, far worse than having my honesty questioned was, of course, the suicide of my beloved and wonderful wife, Rose.

“She was everything to my children and me. We miss her everyday and the world will always be grey, sad and ultimately meaningless without her.”

He said Rose’s death had become a political football and accused MPs of mocking her suicide and belittling their pain.

He said: “Worst of all was seeing people, including MPs, publicly mock and deride Rose’s death and belittle our pain. My children have therefore asked me to leave politics altogether, for my sake as well as theirs.”

Some MPs appeared to groan yesterday when the PM mentioned Rose’s suicide in the Commons.

Mr Paterson said: “I do not want my wife’s memory and reputation to become a political football. Above all, I always put my family first.”

Last night Mr Paterson appeared to be let off the hook after MPs voted to block a 30-day suspension handed down by Ms Stone.

Mr Johnson sought to rip up the rules by creating a new Tory-led committee reviewed the rules that holds MPs to account.

But Labour and the Lib Dems torpedoed the move by vowing to boycott the panel.

Many Conservative MPs also broke ranks to blast the PM for protecting Mr Paterson despite him being found guilty of breaking lobbying rules.

In a shambolic day for Downing St MP Angela Richardson announced she’d been given back her government job just hours after being fired for abstaining.

Sir Keir Starmer said: “This has been an unbelievable 24 hours even by this government’s chaotic standards.

“Only yesterday Boris Johnson was forcing his MPs to rip up the rules on standards in public life is a truly damning indictment of this Prime Minister and the corrupt government he leads.”