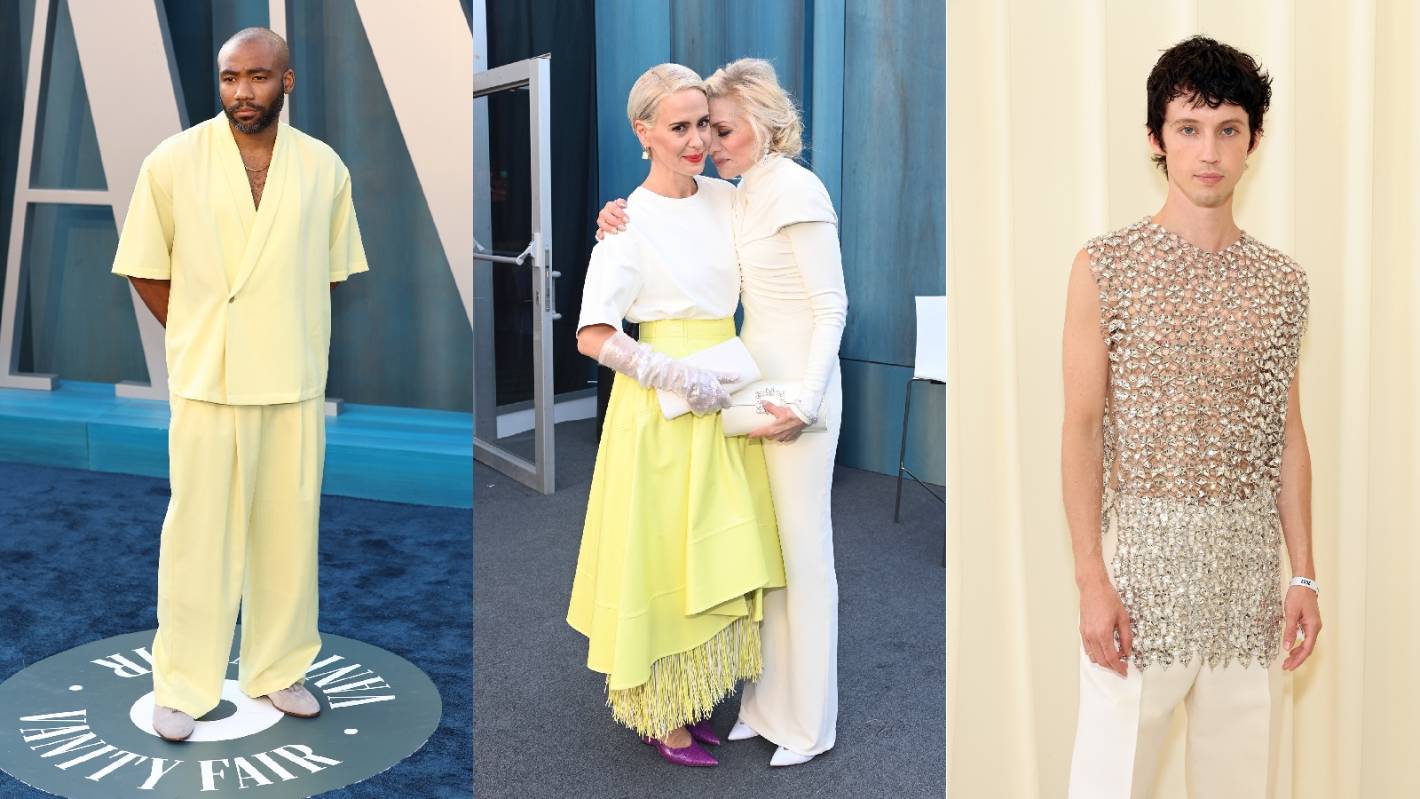 The Oscars red carpet brings the glamour, but the after-parties are where the stars let their hair down and celebrate – usually in a new, cooler outfit. And for those not invited to the actual ceremony, they’re the chance to have your fashion moment.

Across Hollywood tonight, winners, presenters, and other celebrity hangers-on will be skipping from event to event – with the most famous being the Vanity Fair Oscar Party, the Elton John AIDS Foundation Academy Awards Viewing Party and the Governors Ball. There’s also Jay-Z and Beyoncé’s Gold Party at the Château Marmont (a controversial venue, with a current worker boycott and protests planned outside tonight), and a private party hosted by Gucci.

I mean… What else should we expect from Kim K? It’s a figure-hugging dress, but this time in neon blue rather than her favoured black or pink. What I’m here to talk about are the Dirty Dog-esque frames that I feel will speak to a whole generation of Kiwis.

You very rarely hear Rick Owens listed as a red carpet designer, so I am obsessed with this appearance on the Euphoria star. As a ‘face’ of Prada, I’m surprised – but pleased – that she’s not wearing that. This denim gown is very much in keeping with the ‘avant apocalypse’ trend of the moment – deconstructed, dystopian, slightly punk, lots of neutrals. The hair and makeup is also just chef’s kiss – round of applause for Hunter’s stylist Law Roach.

This is fun: practical maternity wear with a fashion bent. I’m not generally a fan of Louis Vuitton on the red carpet – designer Nicholas Ghesquière’s futuristic aesthetic can often overwhelm – but this, with its high-neck, bold red colour and oversized zip detail, looks comfortable and striking.

Our girl at the Vanity Fair after party in grecian green. Lovely!

Valentino always dresses the coolest people, from Maya Rudolph’s orange feathery caftan at the main ceremony to this beaded delight from the Australian singer at Elton John’s viewing party.

This leather, fringed skirt is THE piece of the season. Jaws dropped when it first made its appearance on the runway last month, presented as part of new Bottega Veneta creative director Matthieu Blazy’s first show for the luxury brand. It’s also worth $29k. So of course a celebrity stylist was going to work hard for their client to be the first to wear it. That stylist is Karla Welch, who teamed it with a white T-shirt and gloves. Everything about the individual elements, I love (wearing a white T-shirt on a red carpet is cool)… but I just don’t.

Another Karla Welch client, and one who has desperately needed her expert fashion guidance (Welch has worked with Hailey’s husband Justin for years). She looks great! It’s very LA now – cut-outs, Yeezy neutrals, wavy hair. The neutral flower corsage is an unexpected detail, but attention must be given to the fantastic gold bangles.

He can pull off anything, but especially this fresh take on suiting – pale yellow, loose silhouette and oversized. Love the small touch with the gold chains too. It’s great to see more men in Hollywood embracing and experimenting with fashion like this.

Icons only! The fabulousness radiating from this photo is too much. I don’t even care what they’re wearing. They look like they’re having a good old-fashioned gossip, which is exactly what I would be doing at an Oscar after-party.