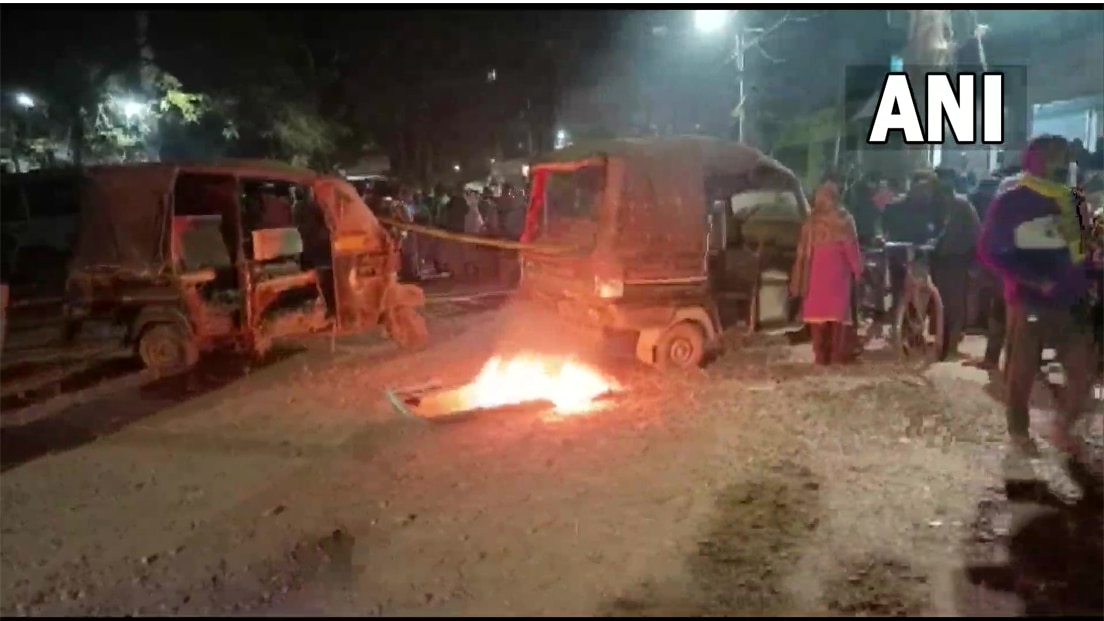 Patra: Protest erupted after a minor girl was killed and another was critically injured after they were allegedly thrown off a three-storey building by a man in the Bazar Samiti area of Bihar’s Patna on Thursday. According to Local Councillor Satish Kumar, the accused man has been arrested. “Man arrested, doesn’t live here. Don’t know where did he come from,” said the Councillor.Also Read – PMC Bank Scam: Absconding Former Director Daljeet Singh Bal Arrested From Bihar’s Raxaul

Bihar: A minor girl died, another hospitalised after allegedly being thrown off a three-storey building by a man in Bazar Samiti, Patna. Locals set fire to vehicles in protest

According to local media, the accused was spotted by the bystanders as soon as he committed the crime. The crowd immediately caught him and thrashed him before handing him over to the police. The agitated crowd then set two vehicles on fire in protest against the incident and blocked the busy Rajendra Nagar road in Patna. Also Read – Video: Over 400 Students Take Class 12 Board Exam Under Headlights of Cars in Bihar’s Motihari | Watch

The victims have been identified as Shalu, 11, and Saloni, 13. As per the reports, the younger girl died on the spot while one was taken the Patna Medical College and Hospital, where she is fighting for her life.

A report said both girls were residing in rented accommodation five-in the storey building and their father is a fruit vendor. The victims were alone in the house at the time of the incident.