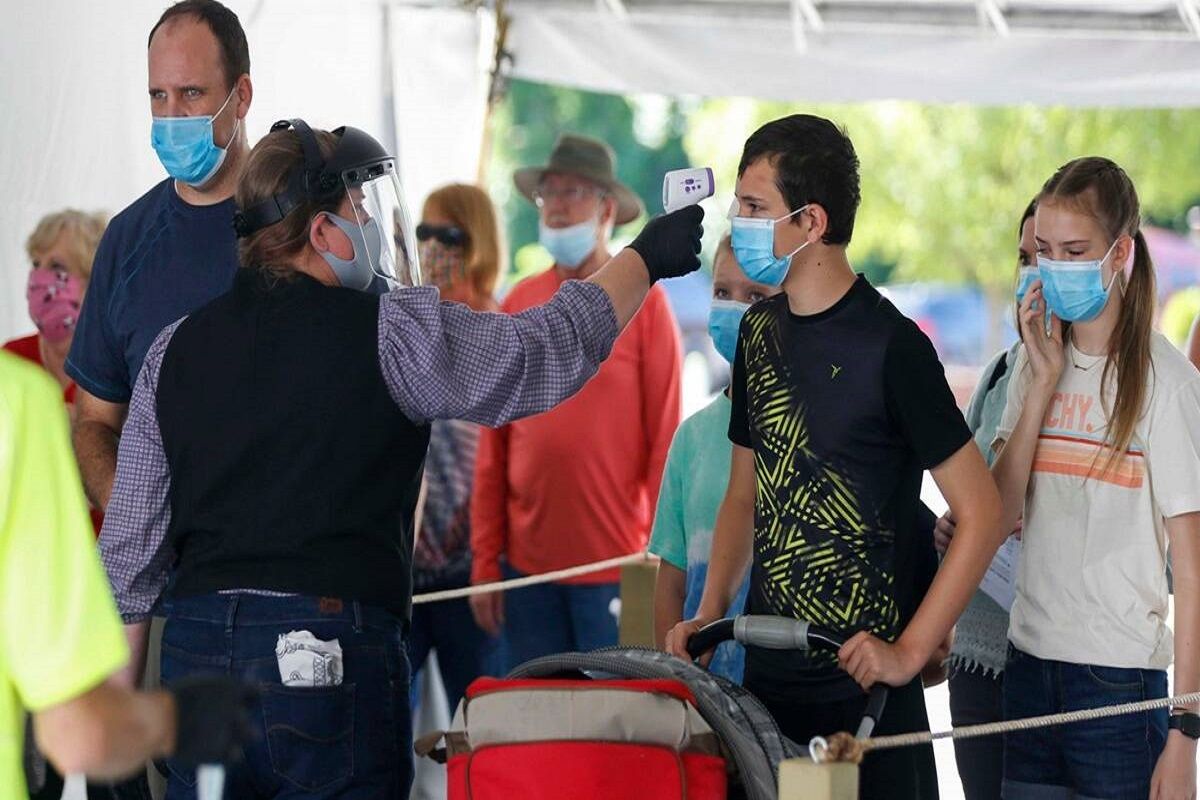 Bengaluru: Health authorities in Karnataka are on their toes as two South African nationals have tested positive for the coronavirus. This comes amid fears of the spread of new Covid strain ‘Omicron’, first detected in South Africa. Speaking to reporters, a top health official stated that samples of those infected have been sent for further tests to ascertain the variant. ”Also Read – Breaking LIVE: Ahead of Parliament’s Winter Session, PM Modi to Hold All-party Meet Today to Discuss Agenda

Bengaluru Rural Deputy Commissioner K Srinivas, under whose jurisdiction Kempegowda International Airport comes, informed, “From (November) 1 to 26, a total of 94 people have come from South Africa, out of the two have tested positive for regular Covid-19. Both of them have been quarantined and are being monitored by the authorities. So people need not worry,” Also Read – Planning Lockdown, Urging Flight Ban And Scaling up Testing: How Are Indian States Preparing to Combat Omicron

The ‘Omicron’ variant is reported to have a significantly high number of mutations, and thus, has serious public health implications, in view of recently relaxed visa restrictions and opening up of international travel.  CM Basavaraj Bommai yesterday chaired a meeting with senior Ministers, officials, health experts and COVID advisory team regarding the current situation and precautionary measures to be taken. Also Read – Omicron Response: List of Countries That Have Put Travel Restrictions To African Nations

Besides, Karnataka Health Minister K Sudhakar asserted that guidelines have been given to airports stating those travelling from affected countries to the city have to undergo a test despite having a negative Covid test report, and they will be allowed outside the airport only after testing negative. “Even after testing negative they will have to remain at home and after seven days they will have to undergo a test once again, and after getting a negative report, one can go out,” he added.

Countries from where the travellers would need to follow additional measures on arrival in India are South Africa, Brazil, Bangladesh Botswana, China, Mauritius, New Zealand, Zimbabwe, Singapore, Israel, Hong Kong, countries in Europe including the UK.