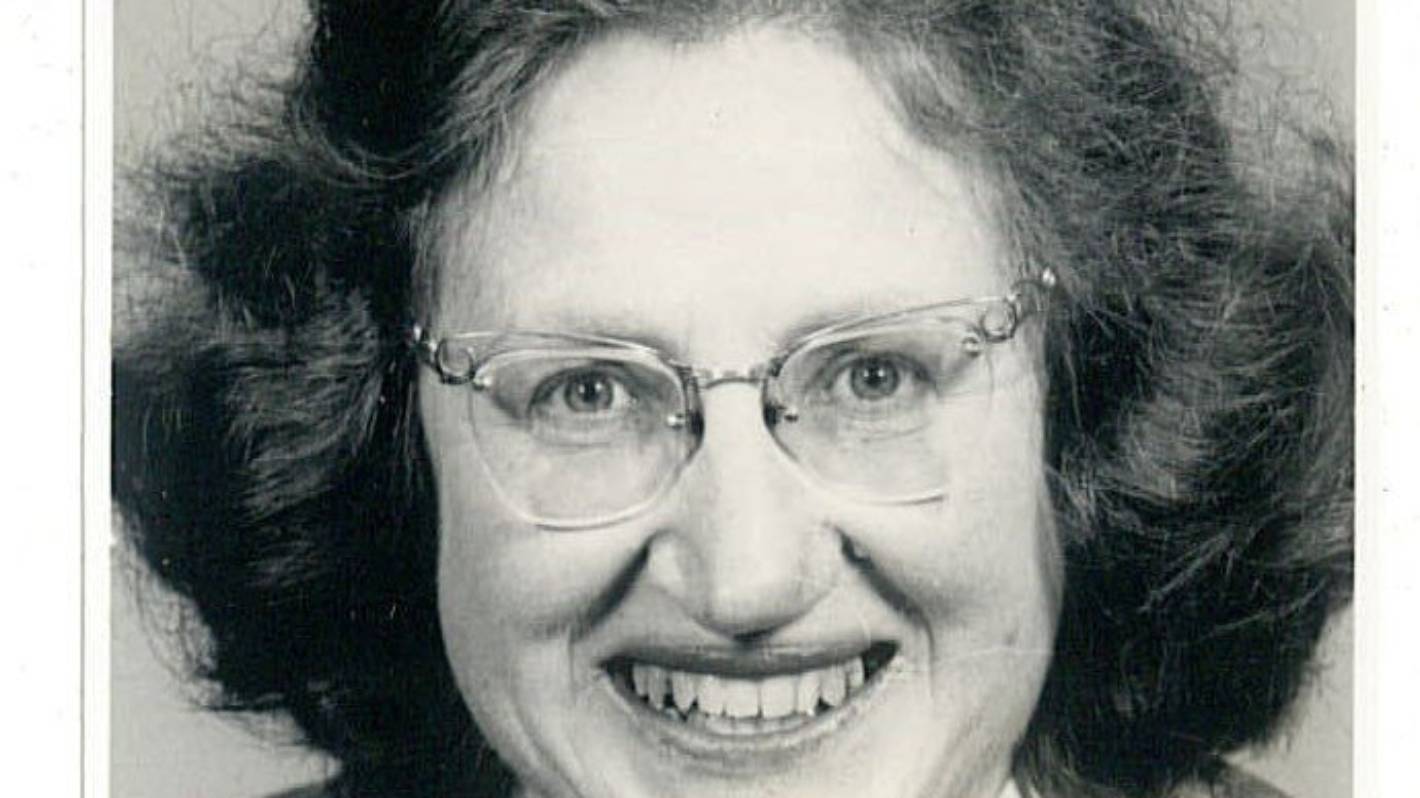 In 1984, Vivienne Cassie got married for the second time. Her late first husband had been a scientist. Dr Robert Cooper, the bridegroom, was one too. Dr. Cassie was a scientist herself.

To celebrate their nuptials the happy couple embarked on a tour of New Zealand’s Central Volcanic Region. Fifty-four sites were visited. Or rather, fifty-four samples were taken. Vivienne was a world class expert in her field. The trip afforded extensive professional opportunities to collect thermal algae.

Sometime later, after results had been collated and reflected upon, Vivienne presented a paper to the New Zealand Limnological Society. The paper was entitled ‘Honeymoon Algae’. In its presentation, Dr Cassie-Cooper remarked – not for the first time – that “algae get you into a lot of hot water!”

In a career that panned eight decades, steeped in milestones and achievements, Vivienne got into hot water more than once. She was a groundbreaking scientist who happened to be a woman. She was also a woman challenged by the gender prejudice of her era, often disrespected and paid a fraction of what her male colleagues received. She did more than endure mistreatment, she overcame it. Hard working, intelligent and possessing a healthy sense of humour, Vivienne had an equally rich life outside science. She was a wife and mother who played an active role in any community she was part of.

Una Vivienne Dellow was born 29 September, 1926, in Epsom, Auckland. Her parents were Kenneth Dellow, a Latin teacher and headmaster of Takapuna Grammar and Annie Eveline Dellow (nee Bell), a dressmaker.

Vivienne was educated at Epsom and Takapuna Primary Schools, Takapuna Grammar and Auckland University College (now The University of Auckland). As an undergraduate she majored in Biology and Music, completing a Bachelor of Arts in 1947. Awarded a Senior Scholarship in Biology, she obtained a Master of Arts with First Class Honours in 1949, being the co-recipient of the Fowlds Memorial Prize for a graduate of that year.

A Research Fellowship Fund enabled Vivienne to study full time for a PhD. Her thesis topic was ‘The Marine Algae Economy of the Hauraki Gulf’. Travelling to remote locations for her research, including both Great Barrier Island and Little Barrier Island, Vivienne also continued her interest in music. On one occasion she endured a rough seven hour trip from Mokohinau Island, returning to don an evening gown, then cross Auckland harbour by ferry to sing Bach in a choir.

In 1957 Vivienne joined her husband as a part-time scientist at the New Zealand Oceanographic Institute. She was allotted marine phytoplankton as a research topic, a considerable challenge given there was no-one teaching the subject in the country at the time.

In 1960 Vivienne obtained a US$2,000 grant from the American Association of University Women to work at the Woods Hole Oceanographic Institute on the Cape Cod peninsula. Thereafter she toured the USA’s southern states, visiting 40 research institutions ahead of a three-month stint at the Italian Institute of Hydrobiology. Vivienne was frustrated upon return to New Zealand as she was denied permission to work on algal culture, skills acquired whilst in America. Instead, as she later put it, she “proceeded to culture multicellular human beings”, having children Rachel and Peter.

Whilst seven months pregnant, Vivienne completed a report on microalgae between New Zealand and Antarctica as part of Sir Vivien Fuch’s Transatlantic Expedition. It was, she noted, “rather more biological and less spectacular race” than Fuch’s adventurous collaboration with Sir Edmund Hillary.

When Morrison Cassie was appointed to the staff of Auckland University’s Zoology Department the family shifted north. Despite the fact that Vivienne had produced the first survey of New Zealand marine phytoplankton, her expertise was overlooked by her old department, where she was employed as a humble demonstrator. Ironically, the slight led to new insights into fresh water phycology.

When Morrison died suddenly in 1974 Vivienne held a temporary lectureship position. She was relieved of this a fortnight later. Widowed with two children, she began work at the DSIR. In the 11 years until her retirement she published two papers a year and assembled a preserved herbarium of some 3,000 samples of New Zealand freshwater algae. In the early 1980s she travelled to Britain, Hungary, Australia, Norway and Sweden, presenting research at international conferences.

In 1988 Vivienne and Bob shifted to Te Kuiti. She was welcomed into the local Lyceum and Rotary Clubs as well as into the church community. When Bob’s eyesight deteriorated they relocated to Hamilton, affording Vivienne an opportunity to continue her algal studies as an Academic Visitor in the Department of Biological Science at the University of Waikato. Drawing on the mass of information she had collected over the years, she published “Microalgae, Microscopic Marvels”, a book aimed at popularising what she called “some of the most beautiful organisms on this planet”.

There were further professional opportunities with NIWA and Landcare Research. Of Vivienne’s 59 academic publications, 19 saw print after her so-called retirement. She was still assisting students in the limnology laboratory at the University of Waikato in her late 80s, drove until was 91 and lived independently until age 93.

Una Vivienne Cassie-Cooper died on July 5, 2021. She is survived by her two children, their respective spouses and two grandchildren.