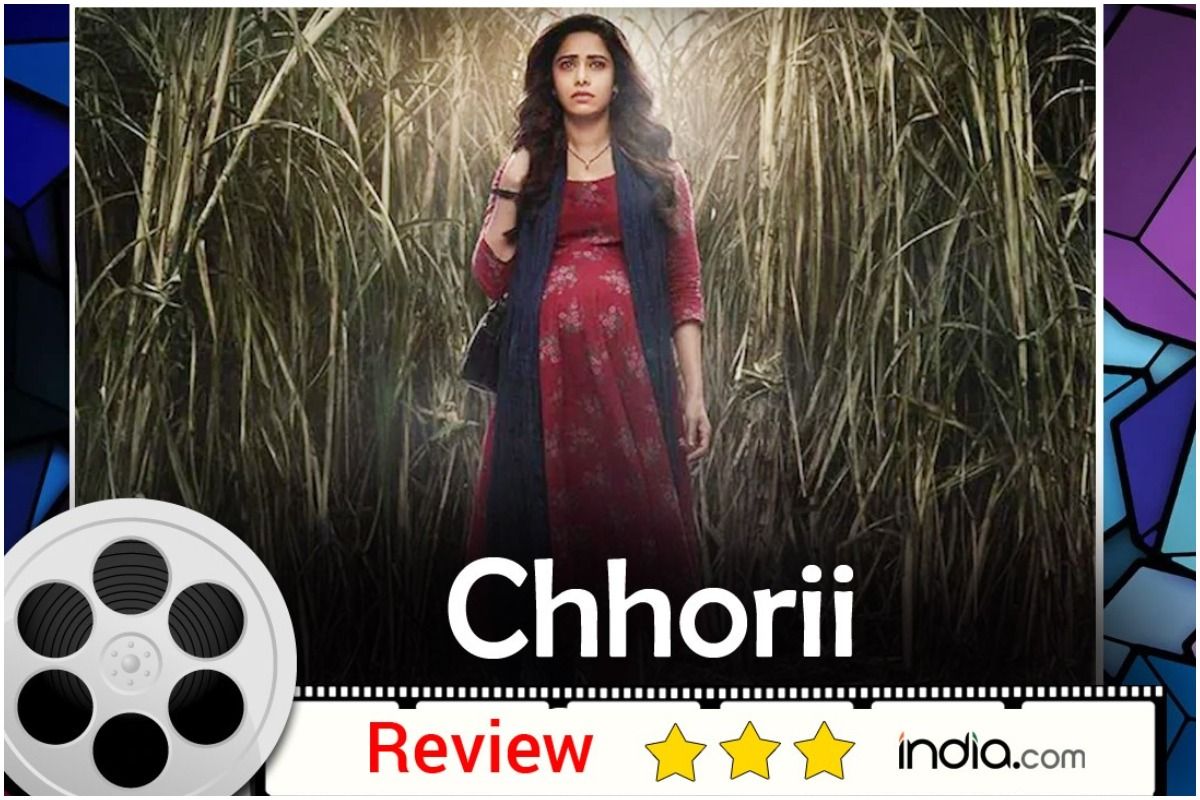 Chhorii Movie Review: Sometimes the horrors of life are greater than the supernatural horrors that most people are afraid of experiencing. We live in an evil world where everybody is carrying the baggage of secrets around. More often than not, we want to question this baggage, but after a point, we learn to live with them. In Chhorii, directed by Vishal Furia, it’s not the horror that gets you, it’s the larger issue that never lets you get scared of the ghosts.Also Read – Shehnaaz Gill-Diljit Dosanjh Give Us Wednesday Treat As Honsla Rakh Drops On Amazon Prime

The film begins with Sakshi (Nushrratt Bharuccha), an eight months pregnant NGO worker, who shifts to a village with her husband Hemant (Saurabh Goyal) after a few goons beat up the man and want to extort money from him. In order to ensure the safety of both themselves and their unborn child, the couple seeks help from their driver (Rajesh Jais) who takes them to his own village which is right in the middle of deep sugarcane plantations. The wife of the driver, played by extremely talented Mita Vashisht, takes care of Sakshi. She tells her stories about a crow’s family and the dangerous naagin and what the crow did to save his family. From the day Sakshi steps into an almost abandoned village, where no one else seems to live except the driver and his wife, she starts to feel a little uncomfortable. At first, she gets lost in the sugarcane fields, and then she starts seeing three kids that are supposed to bring unprecedented bad luck for her. Seeing those kids means that her unborn child is in danger. It’s upto Sakshi now to survive and protect her baby in between all the eerie things that are happening around her. Also Read – Bunty Aur Babli 2 Movie Review: Thank God For Rani Mukerji Nahi Toh Thagg Liye Jate!

For Nushrratt, this is a very poignant film. Chhorii gives her ample space to show that cinema is a big tool to make people question the evil within. As Sakshi, she is supposed to be this woman who is both scared for her unborn child and at the same, equally fearless to face anything to ensure the child’s safety. There’s no scene in the film where Sakshi fails to take charge of the situation herself. In one scene, when she feels lost, she gets up and starts looking for her husband herself instead of waiting for him to come back to her. In another scene, she figures out her own way amid the bushy fields without seeking her husband’s support in leading her ahead. Sakshi is scared but never for once do you feel like she would end up being the victim in the story or meet a scary fate. You believe in her and it gets all the more important to appreciate her when you know she is imagined by male writers (Vishal Furia and Vishal Kapoor) in a spooky social drama. Also Read – Inside Edge 3: Five Things to Refresh Your Memory as The Third Season Premiers This December

Chhorii has its loopholes. While the film shocks you, forces you to think, and also sometimes just leaves you wondering ‘will the time ever change for women in India,’ it has its flaws that never get concealed no matter how deep you think and try to connect the dots. Sample this: why would the husband mysteriously leave his pregnant wife in a strange village among strange people, or why would a pregnant woman still go ahead and do exactly what she’s been asked not to do to ensure her child’s safety? However, the film’s climax and its attempt at using the genre right win it all at the end. Not to forget Mita Vashisht who, though gives away a lot in the plot with her performance, sticks to the narrative like a strong binding force. She represents exactly why they say ‘aurat hi aurat ki dushman hoti hai’ and you believe… no matter how long you’ve been running from this patriarchal way of concluding any discussion about issues related to women.

For anybody who has only known Bollywood for exhausting the horror genre for either çomedy or sex, this is a refreshing and the right kind of change. At its best, Chhorii introduces a new genre – ‘reality horror’ maybe! The film is streaming on Amazon Prime Video.