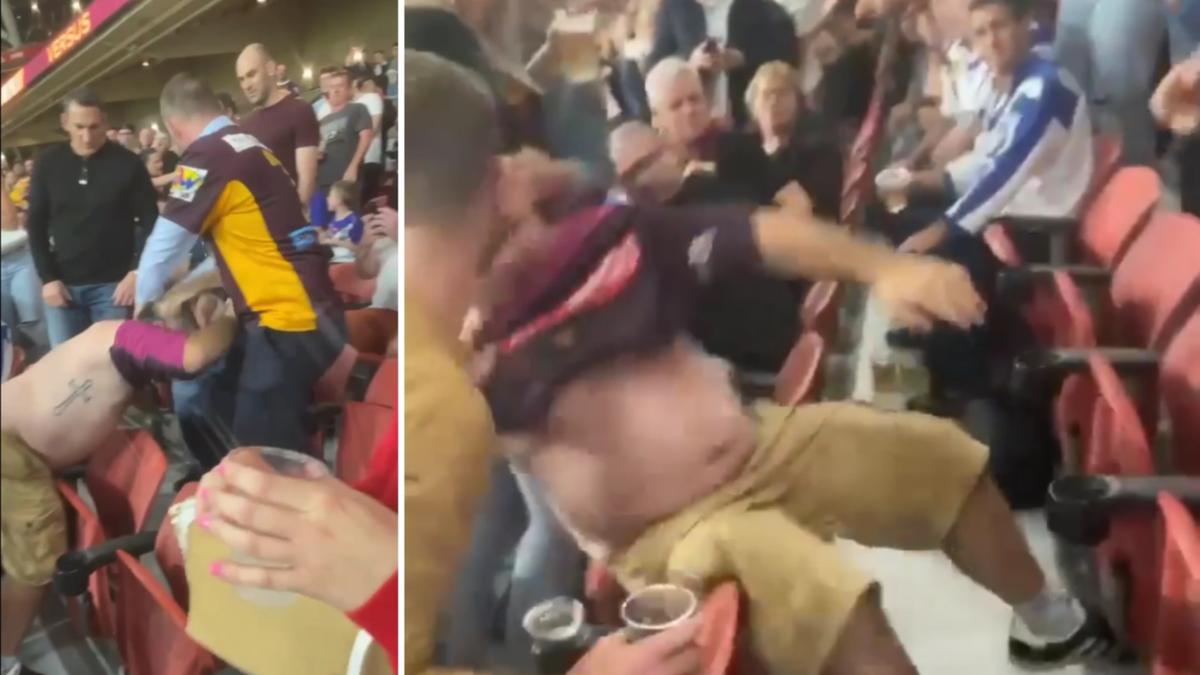 A fight between fans broke out in the stands during an NRL game on Friday night.

In the video above, the brawl appeared to start during the minute of silence to remember our fallen ahead of Anzac Day on Monday.

According to multiple eyewitnesses during the Brisbane Broncos and Canterbury Bulldogs NRL match, a man was shouting during the pre-game ceremony’s moment of silence.

The footage has been shared across social media and shows seated fans around the man shouting at him.

Another man is also seen repeatedly punching his face, while pulling his jersey. The man then falls backwards into the row of seats.

Other spectators can be heard telling the man to “get out” of the stadium.

Queensland Police say they are aware of the incident, but no charges have been laid.