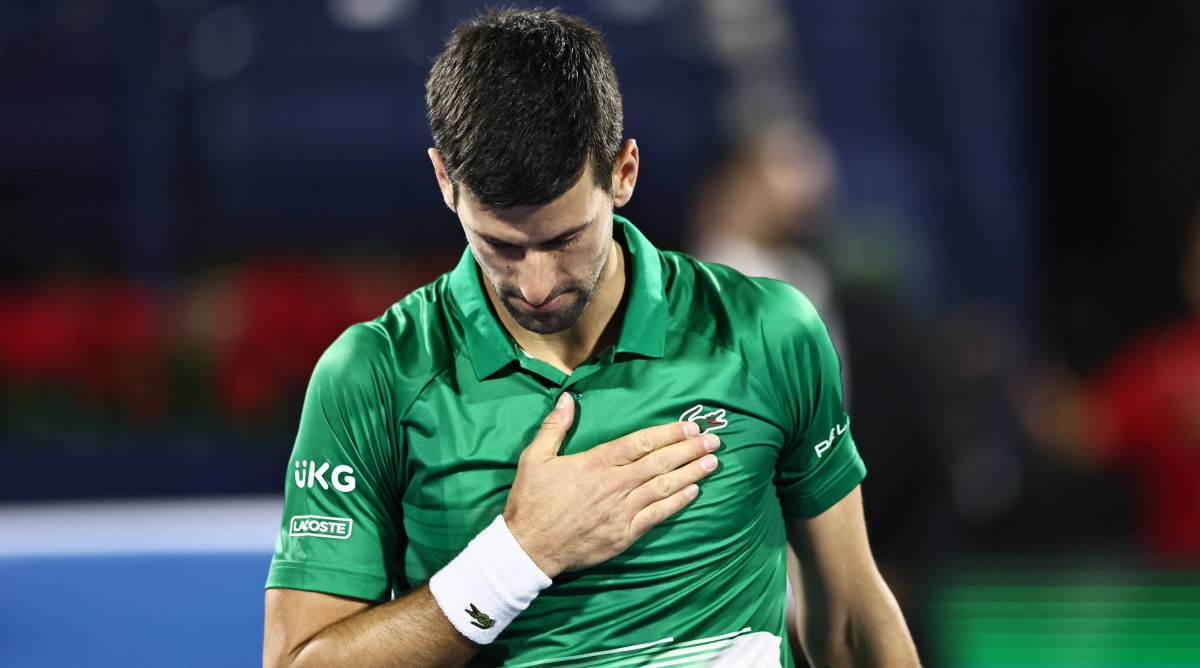 Novak Djokovic withdrew from the BNB Paribas Open on Wednesday before the start of the event, saying that he is unable to travel to the United States because he is unvaccinated.

Djokovic, who announced in a tweet that he also dropped out of the Miami Open later in the month, explained that CDC regulations prevented him from traveling to the U.S. for the events. The U.S. requires foreign visitors to be vaccinated before entering the country.

“While I was automatically listed in the @BNPPARIBASOPEN and @MiamiOpen draw I knew it would be unlikely I’d be able to travel,” Djokovic wrote. “The CDC has confirmed that regulations won’t be changing so I won’t be able to play in the US. Good luck to those playing in these great tournaments.”

Djokovic wrote an additional message on his Instagram story, saying “As international COVID regulations are always being amended, I wanted to wait and see if anything would change. The CDC confirmed today that regulations are not changing which means I will be not be playing in the US. I know my fans are looking forward to seeing me play again and I hope to be back playing for them on the tour soon.”

The 34-year-old was entered into the BNB Paribas draw automatically on Tuesday as the tournament’s No. 2 seed. Grigor Dimitrov, the world No. 35, will take his spot.

As a result of his vaccination status, Djokovic has played in just one event in 2022. He made the quarterfinals of the Dubai Championships before losing to Jiri Vesely in the quarterfinals.

Djokovic began the year at the center of controversy when his presence at the Australian Open was met with backlash. A legal battle ensued following his arrival in Australia to defend his Grand Slam title. Although he originally received a medical exemption to play in the tournament, his visa was revoked by the Australian government and he was deported from the country.

DAILY COVER: Novak Djokovic vs. Australia: How Did We Get Here?

Djokovic has since gone on to say that he will not get vaccinated even if he needs to do so to participate in other Grand Slam tournaments such as the French Open or Wimbledon.

Because he’s been absent for most of the year thus far, Djokovic has dropped out of the world’s No. 1 ranking, sliding back to No. 2 behind Daniil Medvedev. He also witnessed Rafael Nadal win his 21st Grand Slam at the Australian Open, breaking the record for most major titles by a male player in tennis history.