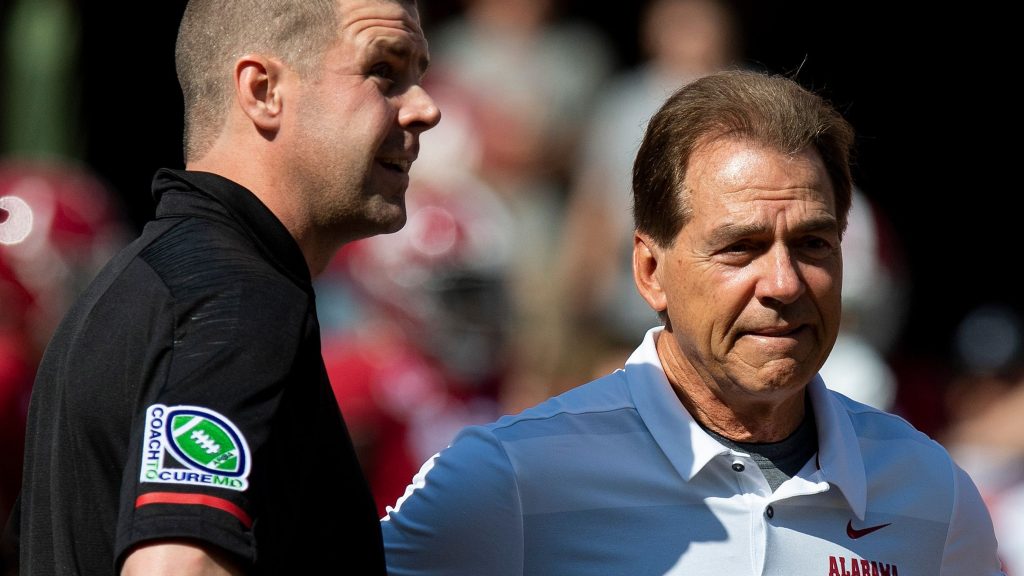 Another member of the Nick Saban coaching tree has joined the Southeastern Conference and the Alabama coach doesn’t have anything bad to say about Florida’s new head coach Billy Napier.

“Billy did an outstanding job for us,” Saban said at a press conference ahead of the SEC Championship Game. “I mean, he was a very good coach, he was a good recruiter, he had great relationships with the players, he was a good teacher on the field, hard worker, great character, great personality, very, very good family. I mean there’s nothing bad that I could think of to say about Billy Napier in terms of what he did here.”

Napier will officially take over at Florida on Sunday after coaching Lousiana in the Sun Belt Championship Game against Appalachian State. Saban mentioned the turnaround Napier orchestrated at ULL and winning the conference championship would be a nice way to cap off a four-year makeover of the program.

Saban predicted continued success for Napier at Florida, which is as good of an endorsement as you can get in college football. It also places a bit of pressure on an incoming coach with no head coaching experience in the Power 5. Alabama is the underdog against Kirby Smart’s No. 1 ranked Georgia team this weekend, so Saban knows exactly what Florida is hoping to get from Napier.

It’s been a revolving door for Florida at the head coaching position since Urban Meyer left in 2010. Napier has the right pedigree to end that cycle and even his upcoming competition can’t help but compliment him.