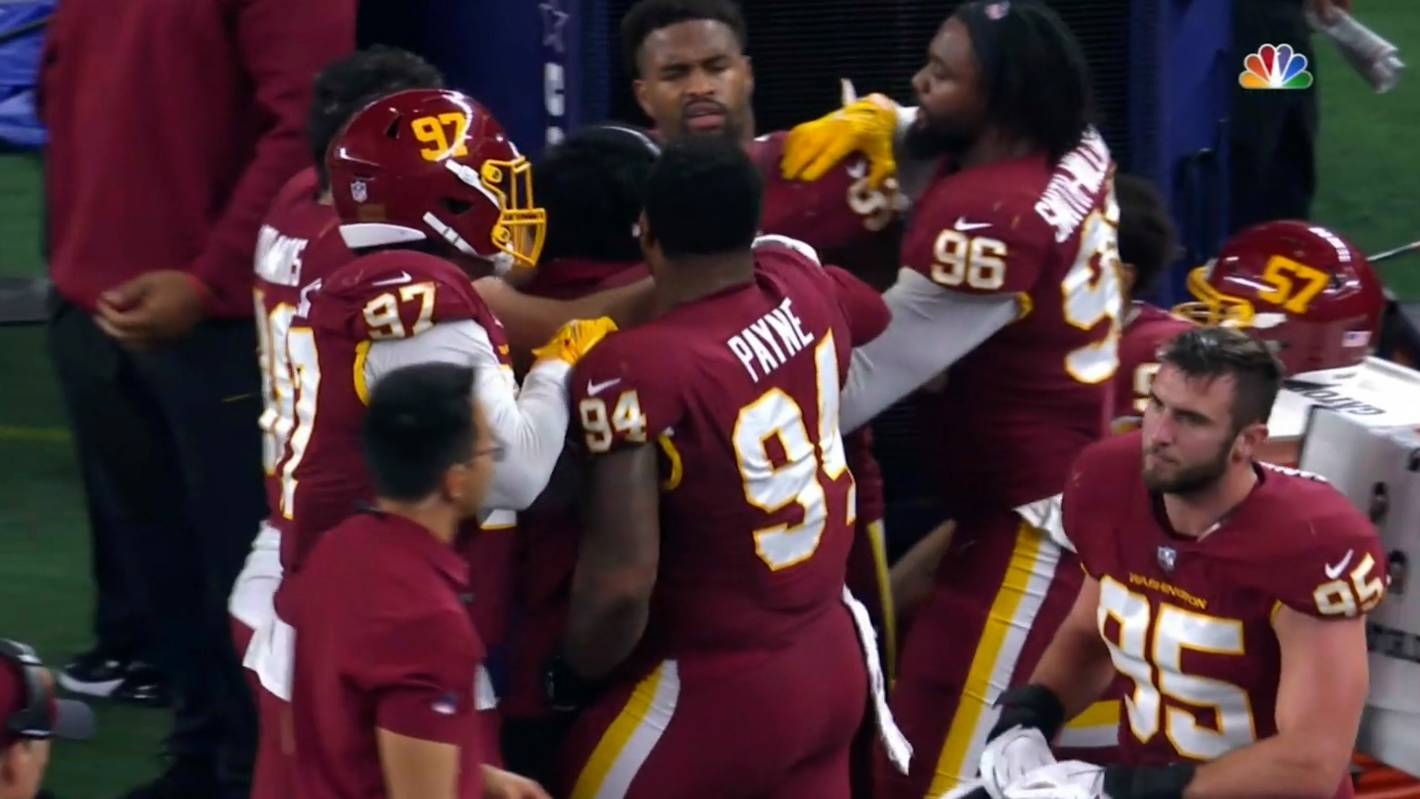 Things turned ugly on the field for the Washington Football Team during Monday’s (NZ time) NFL clash against Dallas, but it got even worse on the sideline as tensions boiled over within the squad.

Washington teammates Jonathan Allen and Daron Payne had to be separated after Allen threw a punch at the latter during the 56-14 thumping by the Cowboys in Arlington, Texas.

With their team trailing 28-7 in the second quarter, TV cameras showed the pair involved in a heated discussion on the bench before Payne stood up and poked Allen on the side of his head.

Allen immediately swatted his hand away then threw a punch, which glanced Payne’s face, before teammates intervened.

It wasn’t clear what sparked the incident but after the game both players, who also played together in college for Alabama, attempted to brush it off.

“I don’t think it takes a rocket scientist if you look at how that game went.”

Payne, who remained upset while seated on the bench after the scuffle, said: “You got brothers? You guys fight, right?

The loss was Washington’s third in a row and coach Ron Rivera said much of Allen and Payne’s frustrations could be attributed to the losing streak, which has consigned the team to a fifth-straight losing season.

Washington have also been decimated by Covid-19 issues, having recently had 23 players on the reserve/Covid-19 list.

After talking to the pair, Rivera added that there would be no punishment for either player.