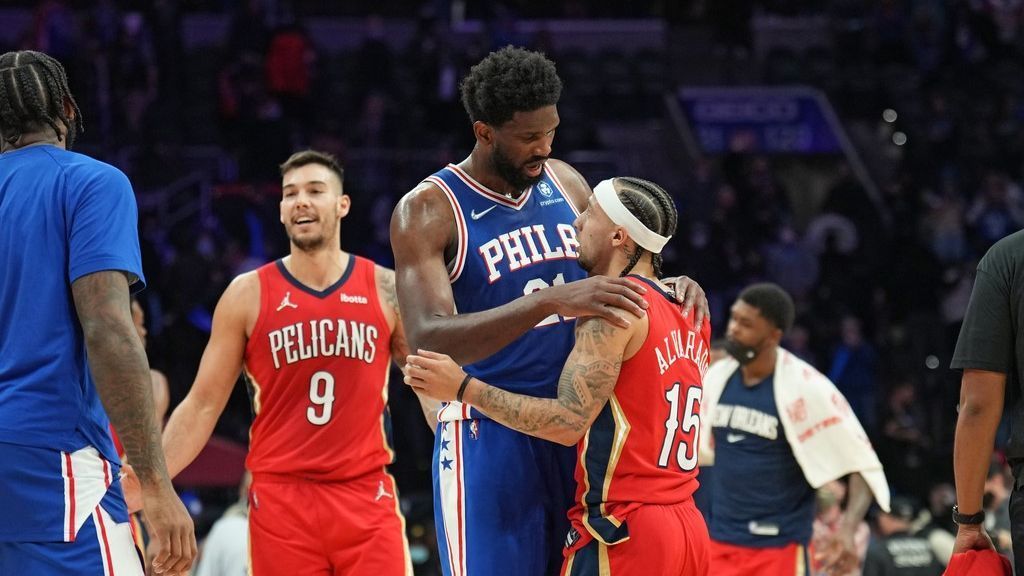 Sources told ESPN the contract is for four years with guarantees for the rest of this season and 2022-23, a non-guaranteed season in 2023-24 and a team option for 2024-25. Alvarado becomes extension eligible in March 2024.

Alvarado has seen his minutes tick up over the course of the season. Since the All-Star break, he’s averaging 20.3 minutes per game. In his past eight games, Alvarado is averaging 11.4 points, 5.1 assists, 3.1 rebounds, 2.1 steals and just 0.8 turnovers per game while shooting 48.0%. Alvarado leads all rookies this season in plus-minutes as the Pelicans have been +163 in his 721 minutes this season.

By signing him to their 15th and final roster spot, the Pelicans made Alvarado eligible for the play-in tournament and the playoffs.

Alvarado signed his contract on Monday at the Pelicans facility on what was supposed to be an off day for coaches and players, but teammates Brandon Ingram and Willy Hernangomez made sure they were in the room when he signed the deal.

In a corresponding move, the Pelicans waived guard Tyrone Wallace from his 10-day contract to create the final spot for Alvarado.