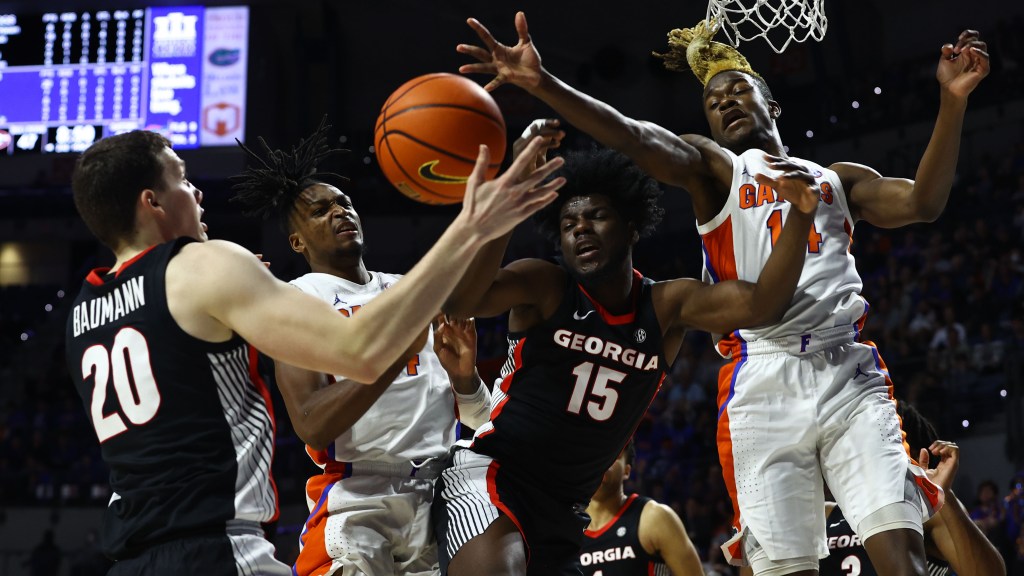 It looked like it was going to be an easy victory over the rival Georgia Bulldogs early on, but Florida basketball simply could not put away its opponent on Wednesday night, resulting in a 72-63 win in the O’Connell Center. As they say, a win is a win, but the Gators did not earn much in the way of style points in this one.

Myreon Jones led the outside attack with a career-best 23 points on 7-for-11 shooting from the field — all three-point attempts — along with a perfect pair from the charity stripe. However, Florida was unable to slow down Kario Oquendo, who dropped 22 points thanks in part to sinking 8 of 10 free throw attempts along with a season-high eight boards. At times, the Gators looked like a team favored by 13.5 points on its home floor, but at others, it looked completely lost.

After the game, UF dropped five points from its NET ranking entering the day and four points from our update after the Ole Miss victory to No. 48. The matchup with Georgia was was of the Quadrant 4 variety, meaning there was not much to gain with the win but a whole lot to lose had they dropped it to the ‘Dawgs.

Next up for Florida is the fifth-ranked Kentucky Wildcats, who host the Gators on Saturday in Lexington with tipoff slated for 4 p.m. EST. The matchup represents a Quadrant 1 opportunity for the Gators and a Quadrant 2 matchup for the ‘Cats.


3 takeaways as Florida takes down Georgia for 4th-straight win