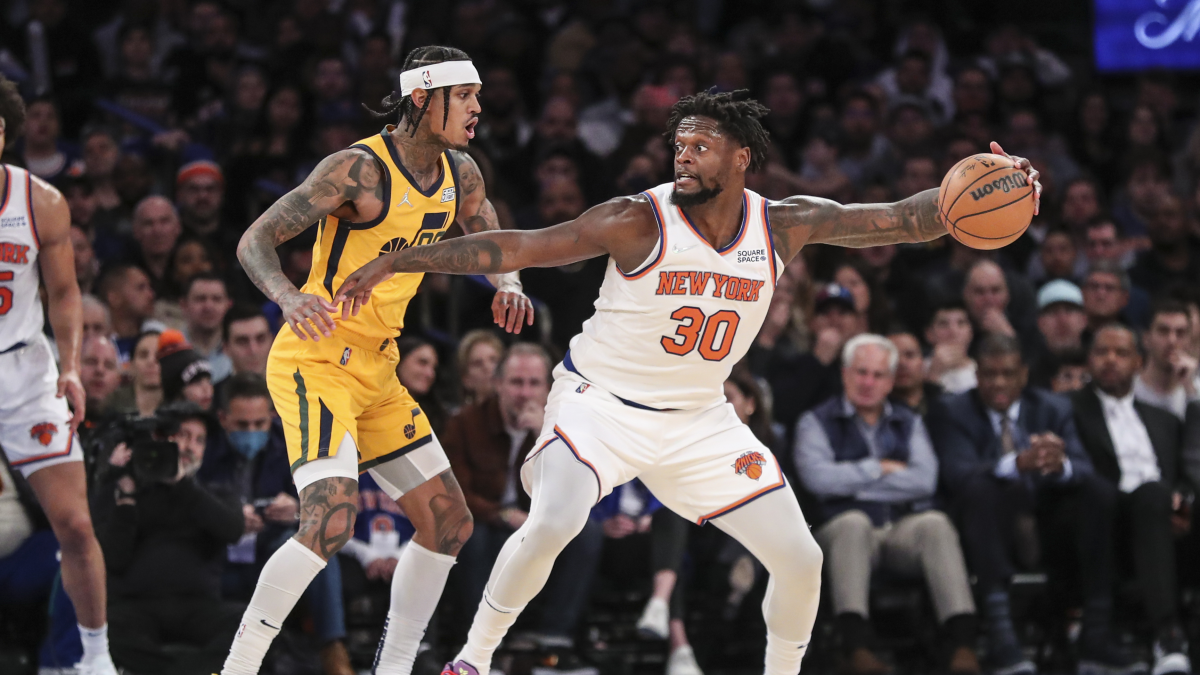 It has been an up-and-down year and one filled with multiple fines for Julius Randle. The NBA most recently fined the Knicks forward $40,000 for directing hostile language toward a referee in the franchise’s 108-93 loss to the Jazz on Sunday at Madison Square Garden.

Tuesday marked the fifth fine this season that is Randle-related. Before Tuesday’s fine, Randle was fined $50,000 on March 6 for starting an on-court altercation by forcefully shoving Suns forward Cam Johnson and making contact with a game official in his attempt to get at Johnson. He was also fined for not complying with the NBA’s investigation into the incident.

Randle’s other fines include not speaking with the media (which was given to the Knicks) and using profane language during a press conference in January as well as kicking a ball in the stands.

In total, according to The Athletic‘s Fred Katz, Randle has received $155,000 worth of fines from the league this season. Even more, Katz added that Randle gets fined for every technical fouls he receives.

Randle did not play due to a sore right quad tendon in the Knicks’ 117-111 loss to the Hawks on Tuesday. With 10 games remaining, New York (30-42) currently sits 12th in the Eastern Conference and six games behind the Hawks for the 10th and final spot for this year’s play-in tournament.

The 2021 NBA All-Star has a seen a slight decline in his production this season, averaging fewer points, fewer rebounds and fewer assists in comparison to the last campaign. He is currently averaging 20.3 points, 10 rebounds and 5.1 assists.