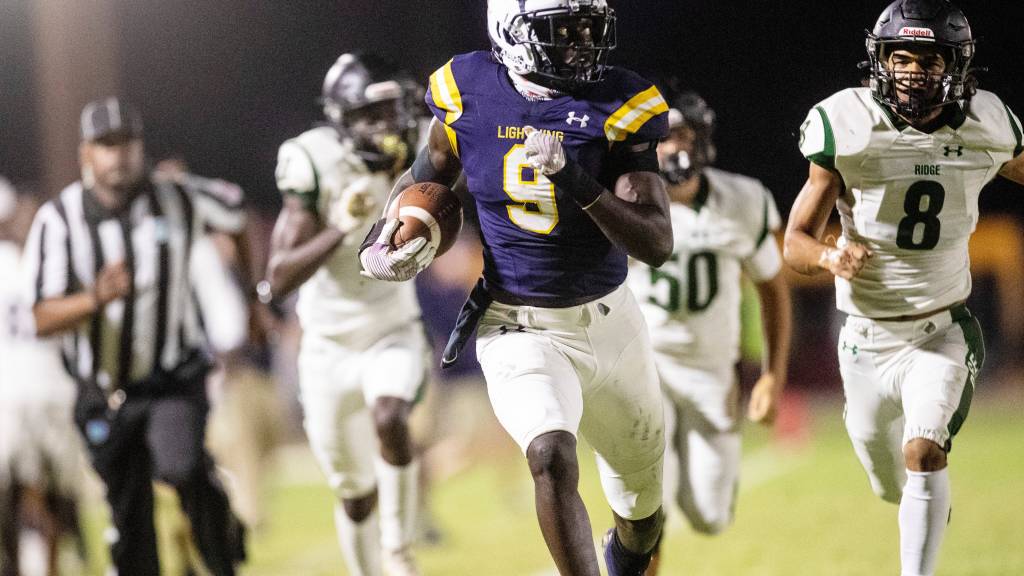 Running back has clearly been one of the top priorities for Florida coach Billy Napier since arriving in Gainesville. The Gators lost their only running back commit in the 2022 class under Dan Mullen when Terrance Gibbs, who is now likely heading to Texas, decommitted following the coach’s firing.

Since then, though, Napier has secured the pledge of four-star Louisiana running back Trevor Etienne and a transfer in Montrell Johnson, who was the second-leading rusher for Napier’s Ragin’ Cajuns team in 2021. The staff is also still making a push for another prospect from the Pelican State, as four-star TreVonte’ Citizen is also in play.

But Napier is also starting to turn his attention to the 2023 class, and on Thursday, he and defensive analyst Jamar Chaney visited Lehigh Acres running back Richard Young, the No. 1 running back in next year’s class.

Next up: #Gators coach Billy Napier has arrived, just minutes after Kirby Smart left in a Sikorsky chopper. pic.twitter.com/rGsKKy1pu0

Young is a five-star recruit and ranks as the No. 16 overall prospect in the class, according to the 247Sports Composite. Alabama, Clemson and Ohio State currently seem to be in the lead for him, but there’s certainly time for Napier to make up some of that gap. Though he has offers from many of the top programs around the country, he hasn’t received one from the Gators yet.

Florida has three running backs who enter the 2022 season with high expectations in Nay’Quan Wright (though he’s battling back from a broken leg suffered in the win over Florida State), Demarkcus Bowman and Lorenzo Lingard. The latter two are transfers and former five-star recruits who have yet to make a major impact in Gainesville.

Some attrition at the position is to be expected, and based on the offenses Napier ran in Lafayette, it’s clear that he wants a reliable group of backs to shoulder a lot of the work in his offense.