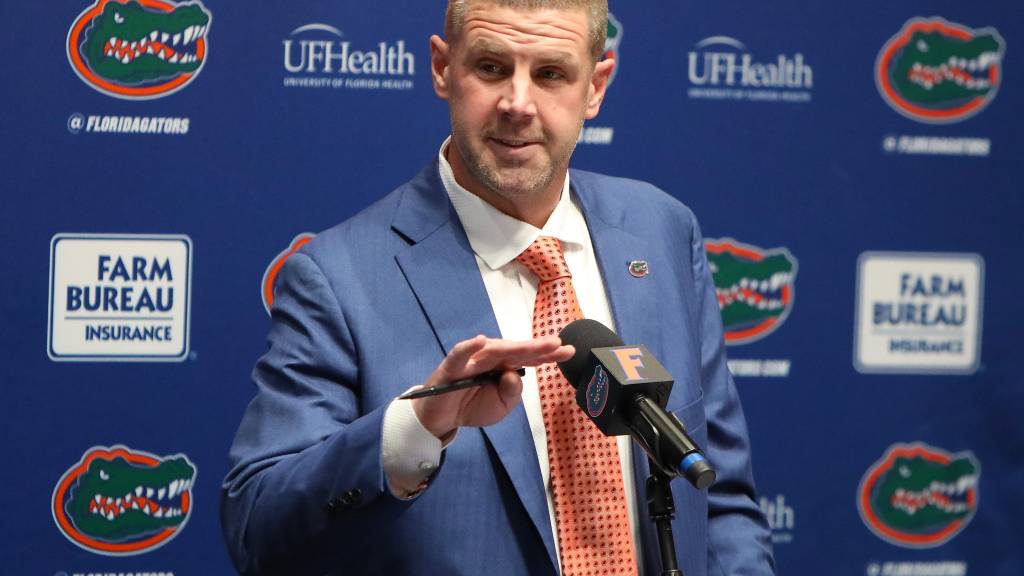 Billy Napier wasted no time hitting the recruiting trail after his introductory press conference at Florida. The new Gators head coach and his staff made several visits to recruits on Monday, and three-star receiver Caleb Douglas has officially landed the first offer of the Napier Era in Florida, according to 247Sports.

Napier has wanted Douglas for a while. The 6-foot-3-inch, 185-pound receiver was offered to play at Lousiana early in on his recruitment. Now that Napier has an SEC gig, he still thinks Douglas is a valuable asset.

“They got the coaching job at Florida and they all rewatched my film and everything and they felt like I was an SEC type category player,” Douglas said. “The quarterbacks coach came by my school. He came to me and offered me and everything, so that is basically how it all went. It was great meeting with him.”

Douglas admits that he needs to brush up on the University of Florida, but he’s heard that Gainesville is a “beautiful city.” He was previously committed to Baylor and USC but has backed off both schools. The only other SEC offer he currently has is from Vanderbilt, so Florida instantly becomes one of the higher-profile programs vying for him.

The Gators like his length and ball skills, and Napier clearly has something in mind for him in his offense. Douglas is taking his time and doesn’t yet have plans to visit the Swamp, but he should have an update toward the end of the year.

Douglas is ranked as 109th-best receiver on the 247Sports Composite and his rating has been trending up in the last two updates.