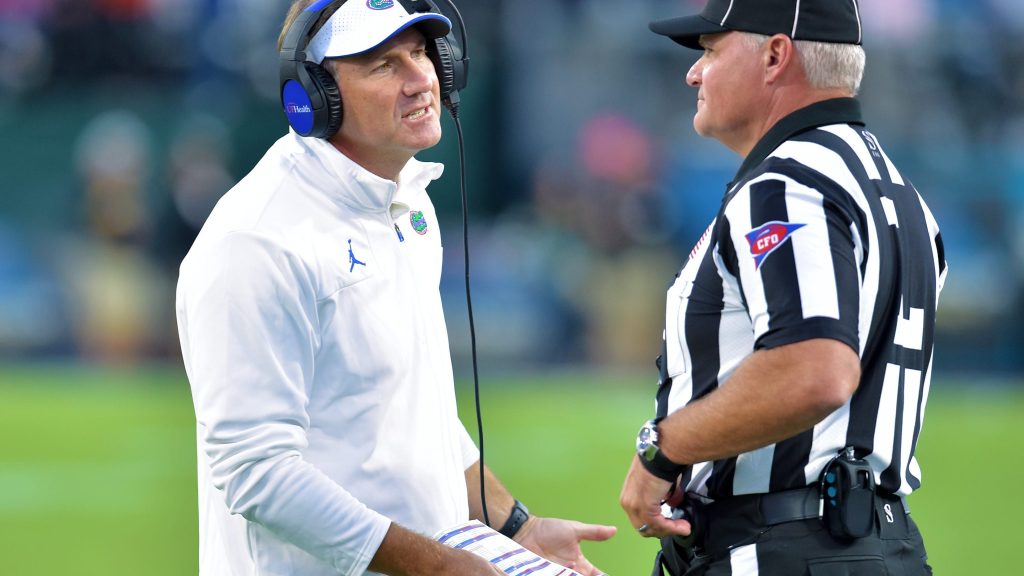 Florida football and its head coach Dan Mullen continued its precipitous fall from grace on Saturday with an overtime loss on the road to the Missouri Tigers. The defeat leaves the Gators with just two total wins in Southeastern Conference play this season and puts the team on the brink of missing out on a bowl game for the first time since 2017.

As in almost every field, accountability trickles up to the leadership, which puts the weight of these doldrums squarely on Mullen’s shoulder. He dismissed two members of his staff — defensive coordinator Todd Grantham and offensive line coach John Hevesy — after the South Carolina loss, but it is looking like his hopes of addition through subtraction have failed miserably.

Subsequently, Paul Myerberg named Florida’s skipper as one of his “losers” this week in the aftermath of Week 12 of college football. Here is what he had to say about Dan Mullen.

After losing 24-23 in overtime to Missouri, Florida is 2-9 in its last 11 games against the Power Five, 5-6 on the year and in danger of missing out on postseason play in Mullen’s fourth season. The loss to the Tigers might be the worst of the lot: In addition to a pair of baffling fourth-down calls, Mullen decided to play for overtime with a minute left in regulation instead of trying to gain the roughly 40 yards needed to attempt a field goal. This plummet from SEC contention has Mullen on the hot seat and potentially out of a job should the Gators lose to Florida State to end the year 5-7.

Suffice to say, Mullen’s seat is about as hot as the surface of the Sun right now and a loss to Florida State next week would send the program into full Chernobyl meltdown. Even with a win, the fourth-year coach’s days in Gainesville are likely numbered.


Sunday Hash: How the Tigers ultimately ate the Gators in overtime