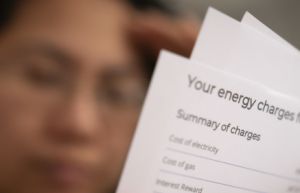 MPs are charging the taxpayer up to £3,500 for their second home energy costs as millions of Brits face spiralling utilities bills.

This is because those representing seats outside London are able to claim back the cost of their gas and electricity bills on expenses.

The Daily Mail reports 316 MPs put in utilities claims in 2020-2021, with dozens of them claiming more than the average household’s dual fuel tariff of £1,138.

Covid meant fewer MPs staying away from home, so the following year the figures fell to £234,181 for all utilities and £182,983 excluding water bills.

Dennis Reed of the campaign group Silver Voices told the Mail: “This is a hideous example of how politicians feather their own nests, while those who they are supposed to serve and protect, suffer.

“While pensioners are supposed to put up with a cut in living standards because those self-same politicians voted to suspend the triple lock, the taxpayer is footing the bill for them to heat their second homes.”

Mr Reed continued: “Senior citizens will be outraged at this egregious example of ‘one rule for us’ and one for the plebs – £3,000 per year is nearly half a year’s state pension.”

The TaxPayers’ Alliance policy analyst Darwin Friend said: “With household bills rocketing and the tax burden approaching a 70-year high, people will rightly be concerned that their hard-earned cash is being used on insulating MPs from the cost of living crisis.”

MPs can no longer claim to pay their mortgages, but they can recoup thousands a year for phone lines, broadband, council tax plus heating and water.

He claimed £3,598 in 2020-21 in six separate claims for electricity at a rented home in his Wiltshire constituency.

The year before that he had only claimed £791.

A spokesman for Mr Kruger said Danny challenged the energy bills repeatedly with the provider as they were clearly very high, but they were within the budget set by Parliament. He has since moved constituency home and his bills this year are considerably lower.’

The previous year he claimed £5,105. Mr Byrne declined to comment to the Mail, but it is understood that he was attempting to obtain a rebate.