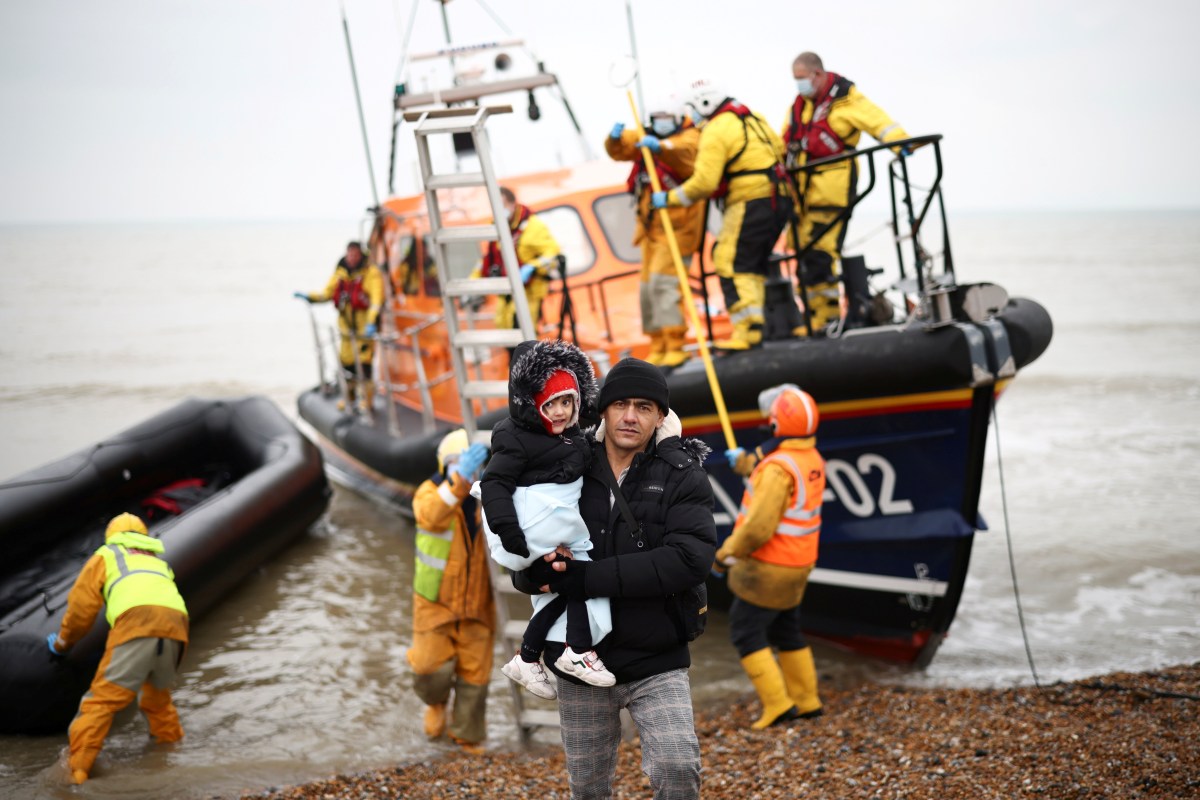 MORE migrants tried claiming asylum in the UK this year than at any point in almost two decades, new stats reveal.

A steep rise of claims from Iranians, Eritreans, Albanians and Syrians helped send the total soaring.

Claims from Taliban-seized Afghanistan also increased by more than a third, the Home Office figures show.

It’s an 18 per cent rise on last year’s figure and even topped the surge during the continental surge five years ago.

And it’s the highest since the 39,746 claims lodged in June 2004 in the aftermath of the US-led invasion of Iraq.

Of all the applications this year Britain granted asylum to 13,210 migrants.

Migration has been brought into sharp focus following yesterday’s tragic deaths in the English Channel.

Three children were among the 27 killed after their rickety inflatable dinghy capsized during the perilous crossing.

It has sparked fresh calls for more legal and safe routes to be opened to illegal migration.

Boris Johnson said last night that these criminals were “literally getting away with murder” and pressed the French to step up patrols.

His official spokesman said today the asylum claims stats show the current system is “broken” and will be addressed with a new government bill.

A Government spokesperson said: “These statistics demonstrate the complex scale of the global migration crisis.

“A significant proportion of asylum claims in the last year should have been made in a first safe country, rather than people risking their lives making dangerous crossings, facilitated by people smugglers.

“Yesterday’s tragedy serves as the starkest possible reminder of the dangers of this.”