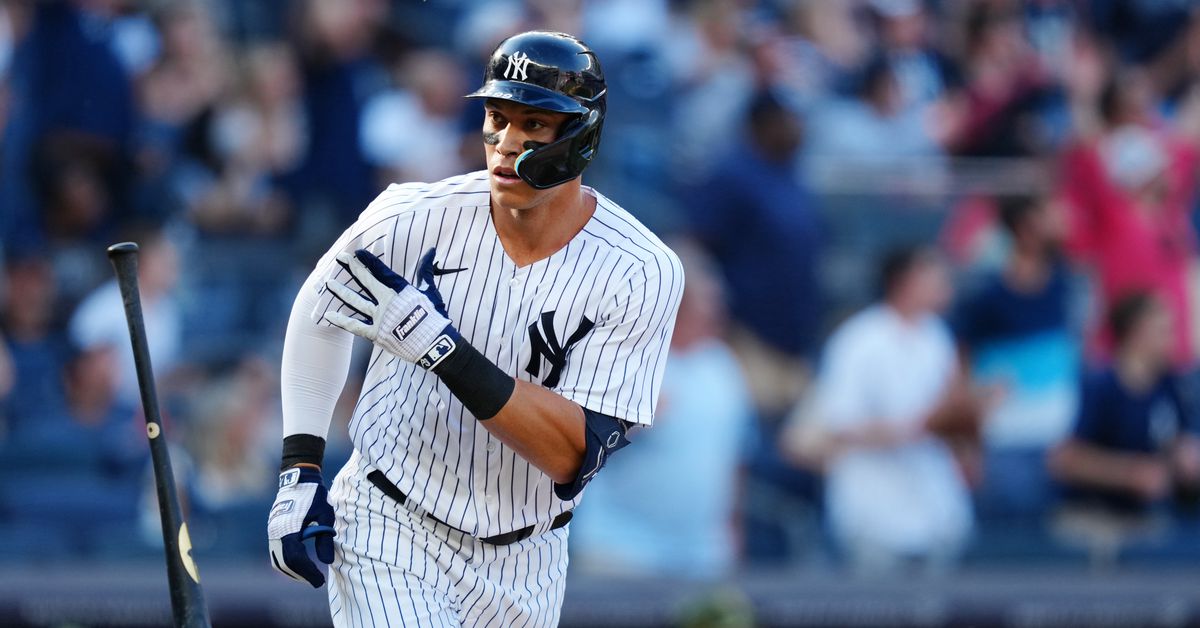 When it comes to the marathon that is the Major League Baseball regular season, one of the traditional sign posts on that path is Memorial Day. That’s usually when the people who tell you not to look at the standings at the start of the season actually start looking at the standings. Many view roughly 25 percent of the season completed as enough to start figuring out who’s actually got a decent shot of making some noise this year.

While it’s still fairly early on and the past two full-season World Series champions really took their sweet time before getting going, this is still a good time to take stock of what’s going on. It might be far too early to pick out a World Series favorite but at the very least, we can start trying to figure out who’s most likely to keep this going all the way through the Summer.

Tier A: The “Been There, Done That” Crew

There are some familiar faces who have already raced to the top of the standings in their respective divisions. It really shouldn’t be shocking to see these teams storming right out of the gate and playing good baseball. These are four teams that we’re all used to seeing in October in recent years and no one would be surprised if all of them kept up the pace and returned to the newly-expanded postseason once again.

The Yankees in particular have gotten off to a great start in what figured to be the toughest division in all of baseball this year. The basic explanation is that they’ve been mashing the ball like crazy so far — unsurprisingly, Aaron Judge and Giancarlo Stanton have both been leading the way when it comes to crushing and Judge in particular has gotten off to one of the hottest starts of his career.

While the Rays are already a few games behind the Yankees in the standings and haven’t exactly been spectacular themselves, it still wouldn’t be a huge shock to see them in the mix for a postseason spot as the season progresses. Their starting pitching has been very good so far, with Shane McClanahan on track to blow his rookie season out of the water. Wander Franco is also having no problems with his first full season in the bigs, as the dynamic young shortstop has been just as exciting as advertised.

Out West in Chavez Ravine, the Dodgers have been operating as everybody expected them to. It’s pretty hard to stumble when you have four former MVPs in your lineup and two of them have been living up to their lofty expectations. Freddie Freeman has hit the ground running in his first run of games with his new club and Mookie Betts appears to have put a serious power charge into his bat as of late — one that has seen Betts surge to the top of the National League home run leaderboards.

While offensive production can be exciting to watch, some of these teams are getting the job done with their pitching. Milwaukee’s pitching staff has been excellent, as it is once again incredibly difficult to push runs across the plate against any pitcher that Craig Counsell puts out there — whether it’s the reigning NL Cy Young award winner Corbin Burnes or the shutdown closer Josh Hader. Meanwhile, Justin Verlander continues to defy father time with his performance this season, and he’s set the tone for fellow Astros pitchers like Framber Valdez to follow suit. These five teams are all well-rounded and they’ve got tons of postseason experience, so it’s tough to see them falling off any time soon.

Tier B: The Ones Who Knock

This tier consists of a few teams who you’d expect to see and a couple of surprises. Among expected contenders, it shouldn’t really be a major shock to see the Padres and the Cardinals right here. While both of these teams would be hard-pressed to topple their current divisional leaders, it’s still something that’s not out of the realm of possibility. St. Louis can lay claim to having one of the best team wRC+ numbers in the entire NL, and that’s due to Nolan Arenado, Paul Goldschmidt, and Tommy Edman helping to power the Cardinals to a pretty good record so far.

I know that the Mets are, well, the Mets but this season feels different so far. Yeah, they’ve dealt with injuries to Jacob deGrom and Max Scherzer, but Carlos Carrasco has been doing his level best to pick up the slack. Plus it sure helps to have guys like Francisco Lindor, Jeff McNeil and Brandon Nimmo firing on all cylinders at the plate. If they can avoid a major injury crisis, then they’ve already made a serious push for representing the NL East in the postseason.

Over in Southern California, Manny Machado is making waves as the early favorite to win NL MVP this season. Additionally, San Diego’s rotation has been living up to their lofty expectations. Yu Darvish, Joe Musgrove and MacKenzie Gore have been giving opposing hitters fits this season and if that continues then they could go toe-to-toe with LA all season.

While it shouldn’t be a shock to see the team that has both of the consensus best players in baseball, it’s still nice to see that Shohei Ohtani and Mike Trout are finally getting actual help. Anthony Rendon has been leading the way for the non-Ohtani/Trout crew and to be honest, it would be very nice to see the Angels keep this up so that us fans could see those two superstars getting a taste of postseason baseball.

The clear mission for the Giants this season is to prove that 2021 wasn’t a fluke. So far, the Giants have shown that they still deserve to be in the conversation. Carlos Rodon has fit in quite nicely on the mound at Oracle Park, and meanwhile Joc Pederson has been swinging his way into the hearts of San Francisco fans as he slugs side-by-side with Mike Yastrzemski. Over in the AL Central, the Twins have actually surprised the baseball world by getting this deep into the season as the divisional leaders. While Byron Buxton’s specter always looms large over this team, it helps when you have guys like Max Kepler and Carlos Correa to pick up the slack sure helps.

Tier C: Lurking In The Cut

How is a lineup as powerful as Toronto’s lineup struggling to find a way to consistently put runs on the board? Why are the White Sox constantly getting out-slugged themselves? Why can’t the defending World Series win three games in a row? These are the teams that have all the tools to be good and could very well be in the conversation with the contenders soon, but it’s not coming together for them right now and it appears to be for similar reasons.

It’s safe to say that the Braves don’t want to wait until August to kick their season into high gear — especially now that it seems that the Mets may be for real here in 2022. Simply put, their talented lineup needs to get it together if they’re going to have a chance to catch New York again. Dansby Swanson has recovered nicely from his season-opening slump, but they’re going to need more from guys like Matt Olson, Ozzie Albies, and Austin Riley. Having a healthy Ronald Acuña Jr. would help.

The Blue Jays appear to be in the same boat. Vlad Guerrero Jr., George Springer and Santiago Espinal have been doing well, but Matt Chapman and Bo Bichette have been struggling mightily at the plate. If Toronto’s going to have any hope, then the entire lineup has to get clicking and it has to happen soon in the ultra-competitive AL East.

Over on the south side of Chicago, the White Sox seemed like the prohibitive favorites in the AL Central. It hasn’t worked out for them so far, as they’ve compounded the offensive woes with the fact that they can’t seem to get consistently good pitching. Dylan Cease, Michael Kopech, and Lucas Giolito could be the backbone of a solid rotation, but they’re going to need some more help in order to keep things afloat before Lance Lynn returns from injury in a month or so.