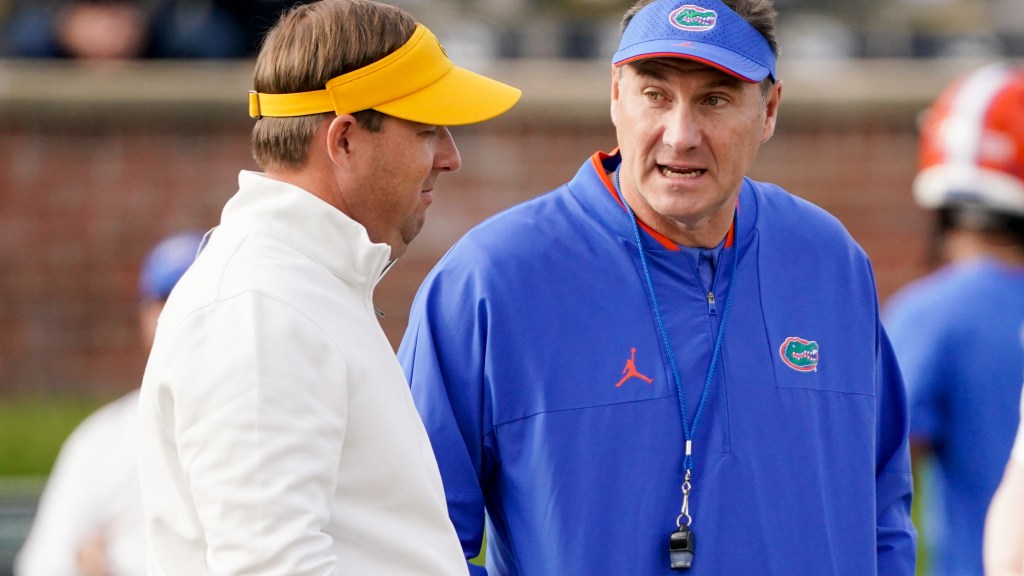 Things are not going well down in Gainesville. A program that once stood atop the SEC ecosystem under Steve Spurrier and Urban Meyer, Florida has now had four losing seasons in conference play since the latter’s departure in 2010.

The Gators wrapped up the latest such underwhelming finish on Saturday night with a 24-23 loss in overtime against Missouri that dropped them to 5-6 on the season in need of a win over Florida State in the finale to reach bowl eligibility.

Coach Dan Mullen may be on his way out after this season’s collapse, but not before Tigers coach Eli Drinkwitz decided to come for blood. In his postgame press conference, the second-year coach raised his hoodie over his head, pulled out a toy lightsaber that had apparently been strategically placed behind the lectern ahead of time and told the media, “May the force be with you.”

“May the force be with you.” pic.twitter.com/cVw9CcvXK0

For those unaware, this is a reference to last year’s Missouri-Florida game that was played on Halloween night. After a chippy game that featured a brawl at halftime, Mullen got in front of the camera to address the virtual press corps following his team’s 41-17 win.

It’s worth noting that, since the exact moment the above picture was taken, Florida is just 10-9 under Mullen. And receiving third-degree burns from the SEC coach who looks the most like a guy they just pulled off the street and threw a headset on may prove to be the breaking point for the fourth-year coach.