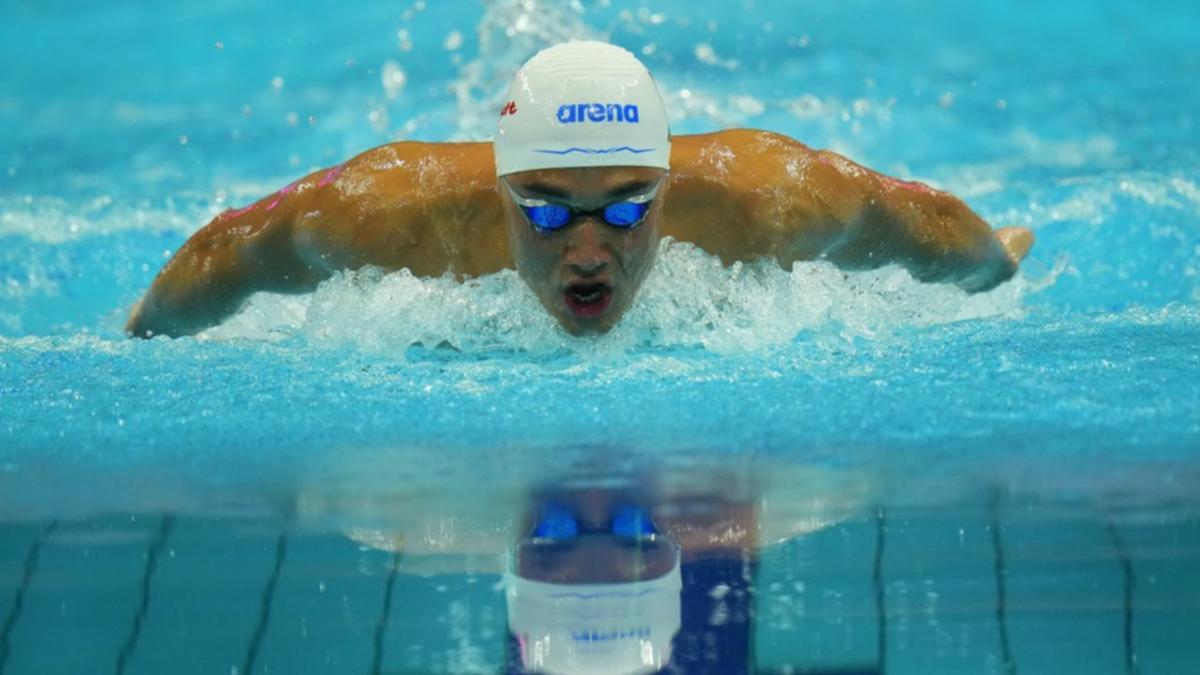 Hungary’s Kristof Milak has thrilled home fans by lowering his own world record in the men’s 200 metres butterfly at the swimming world championships in Budapest.

The 22-year-old Milak produced a stunning swim to clock one minute, 50.34 seconds and earn Hungary its first gold medal of the competition on Tuesday night.

“Now it hurts a lot, I don’t feel my legs,” said Milak, who shaved 0.39 seconds off the previous record he set at the last worlds.

“I think I pushed a bit harder over the first 100 metres, that’s why it was so painful at the end but I really wanted this world record, wanted it more than anything.”

Milak was 3.03 quicker than Leon Marchand, who improved on the French record he set in the semi-finals. Japan’s Tomoru Honda was third.

The 20-year-old Marchand later set another national record of 1:55.75 as he was fastest in the semi-finals of the men’s 200 individual medley.

American swimmer Bobby Finke also set a national record of 7:39.36 as he produced a sizzling finish to win the first gold of the evening in the men’s 800 freestyle.

Ukrainian swimmer Mykhailo Romanchuk looked headed for victory but Finke, who was fourth going into the last 50m, swam it in only 25.93 seconds to overtake both Romanchuk and Germany’s Florian Wellbrock for the victory.

Third-place Romanchuk finished just 0.69 seconds behind. He nearly didn’t make it to Budapest and spoke afterward about his father fighting in Ukraine.

China’s Yang Junxuan won the women’s 200 freestyle, clocking 1:54.92 to finish just ahead of Australia’s Mollie O’Callaghan, who claimed her first individual medal at a worlds. Another Chinese swimmer, Tang Muhan, was third.

Fink later claimed his second gold of the night by helping American teammates Hunter Armstrong, Torri Huske and Claire Curzan to victory in the mixed 4×100 medley relay ahead of the Australian and Dutch teams.

It was the 10th gold for the United States at this worlds, where American swimmers have also claimed three silver and nine bronze.

It’s unclear what’s ailing Dressel and if he’ll be able to take part in 50 freestyle and 100 butterfly races later in the worlds.