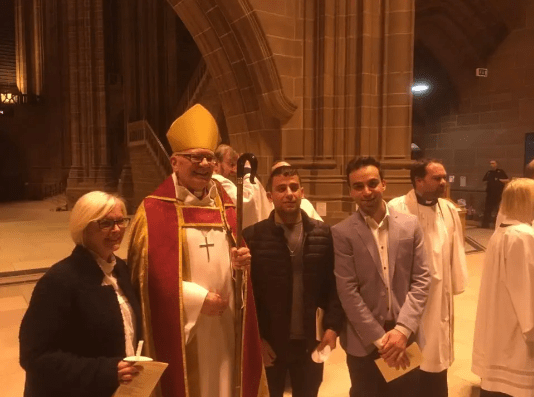 SECURITY chiefs are under pressure to launch a probe amid fresh fears asylum seekers are only converting to Christianity to support their claim.

Liverpool Cathedral clergyman Mohammad Eghtedarian raised the alarm in 2016 that “plenty of people” were pretending to convert.

He said: “There are many people abusing the system – I’m not ashamed of saying that.

“People are desperate for a better life and sometimes they will lie for it – that’s understandable.

“We still try our best to serve people. Jesus Christ knew Judas was going to betray him but he still washed his feet. Thank God it is not my job to judge them.”

Al-Swealmeen, 32, blew himself up in a taxi at the Liverpool Women’s Hospital just seconds before the 11am minute’s silence on Sunday.

He is believed to be a Jordanian national who spent much of his life in Iraq before moving to the North West.

Sam Asworth-Hayes, director of studies at the Henry Jackson Society, said: “We know that people are willing to lie to win asylum up to and including faking religious conversions.

“This is incentivised by the asylum system, which does not do enough to root out fakes.

“The Home Office and Security Services should investigate the Liverpool Cathedral convert cluster.”

In a statement he said: “Like so many, I have been shocked and saddened by the bombing in Liverpool and the revelation that the bomber was part of the cathedral community for a while.

“His confirmation was one of hundreds I have conducted as a bishop, so I have no specific recollection of the individual.

“The church takes confirmation seriously and I know that he would have been thoroughly prepared with an understanding of the Christian faith.

“It seems that, sadly, despite this grounding, the bomber chose a different path for his life.

“My prayers are with the cathedral, David Perry and the entire community at this time.”

Cabbie Mr Perry has been hailed a hero for locking the terrorist in his taxi before detonating.