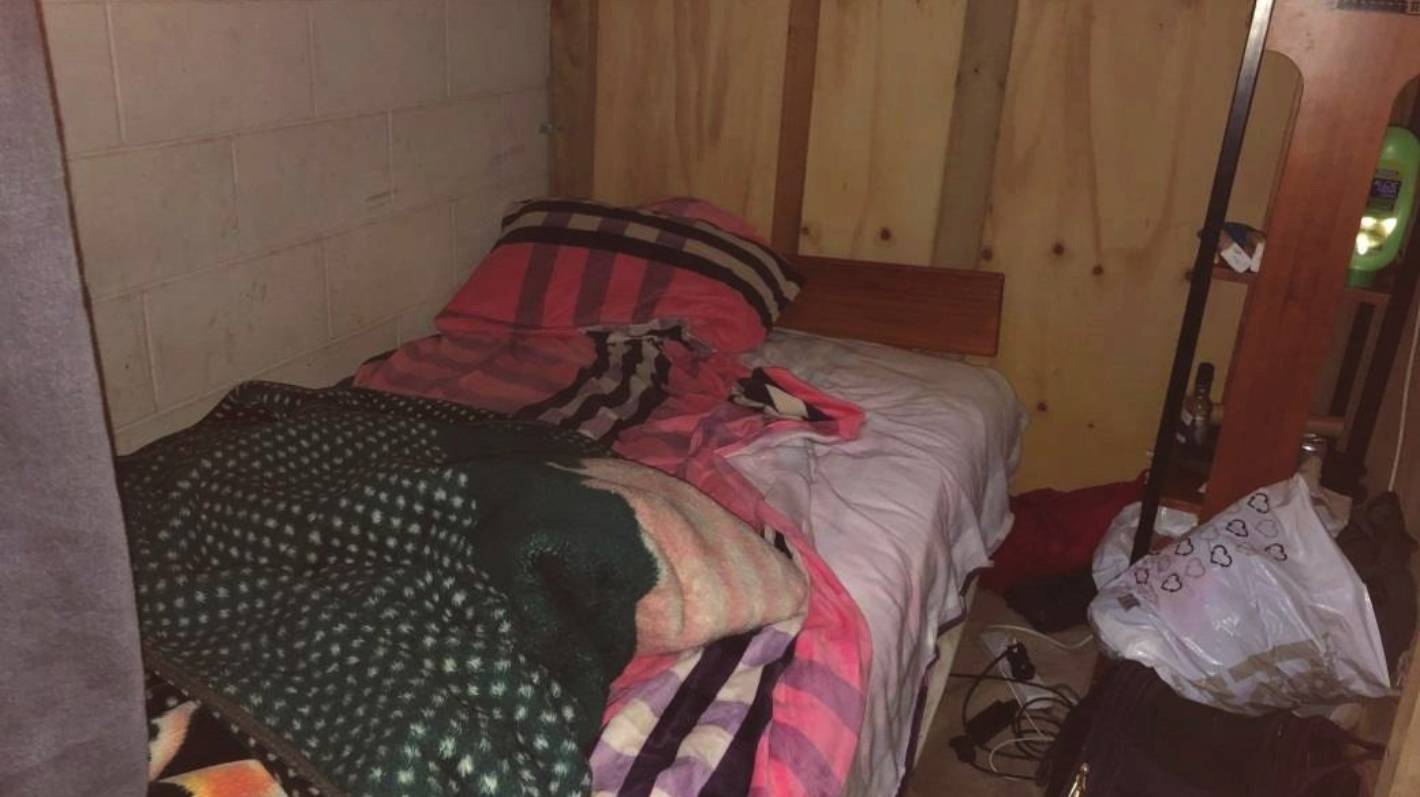 This was the plywood box room constructed in a storeroom of a North Island liquor store that one migrant, known only as ‘DS’, called home.

It might just be the most unexpected Covid related spike yet – a 259 per cent jump in complaints made about migrant worker exploitation in just one year.

Stuff obtained figures from the Ministry of Business, Innovation and Employment via an Official Information Act request to ask how many complaints their Labour Inspectorate had received relating to migrant worker exploitation over the last five years.

That request was filed after Stuff revealed the case of one migrant worker, known only as “DS”, who called a plywood box in the store room of a liquor store home.

According to Pacific Legal immigration lawyer Richard Small, one reason for the spike is likely Covid-related.

“Deportation switched off. Very few people, apart from criminals, have been put on a plane.”

Small said that with deportation flights grounded due to the pandemic, it removed one tool of coercion used by exploitative employers – the threat of deportation for speaking out.

“Covid removed the bat from above their heads,” he said.

Another factor behind the explosion in complaints, according to Migrant Workers Association NZ spokesperson Anu Kaloti, is visa changes.

“A new visa category, Migrant Exploitation Protection Work Visa, a six-month open work visa, was introduced in July 2021 – MBIE have a dedicated unit to triage complaints made by exploited workers, Immigration NZ fast track the visa processing and there is no visa application fee charged,” she said.

Another factor Kaloti cited was an announcement this September about a one-off resident visa.

“Migrants eligible for residence have the courage to report their exploitation. It also helps because migrant exploitation work visa holders are among eligible visas for the resident visa 2021.”

Small said he has had “limited success with these visas”, as they are of a limited duration and clients are often still left on some form of visitor visa, “or worse still, no visa at all”.”