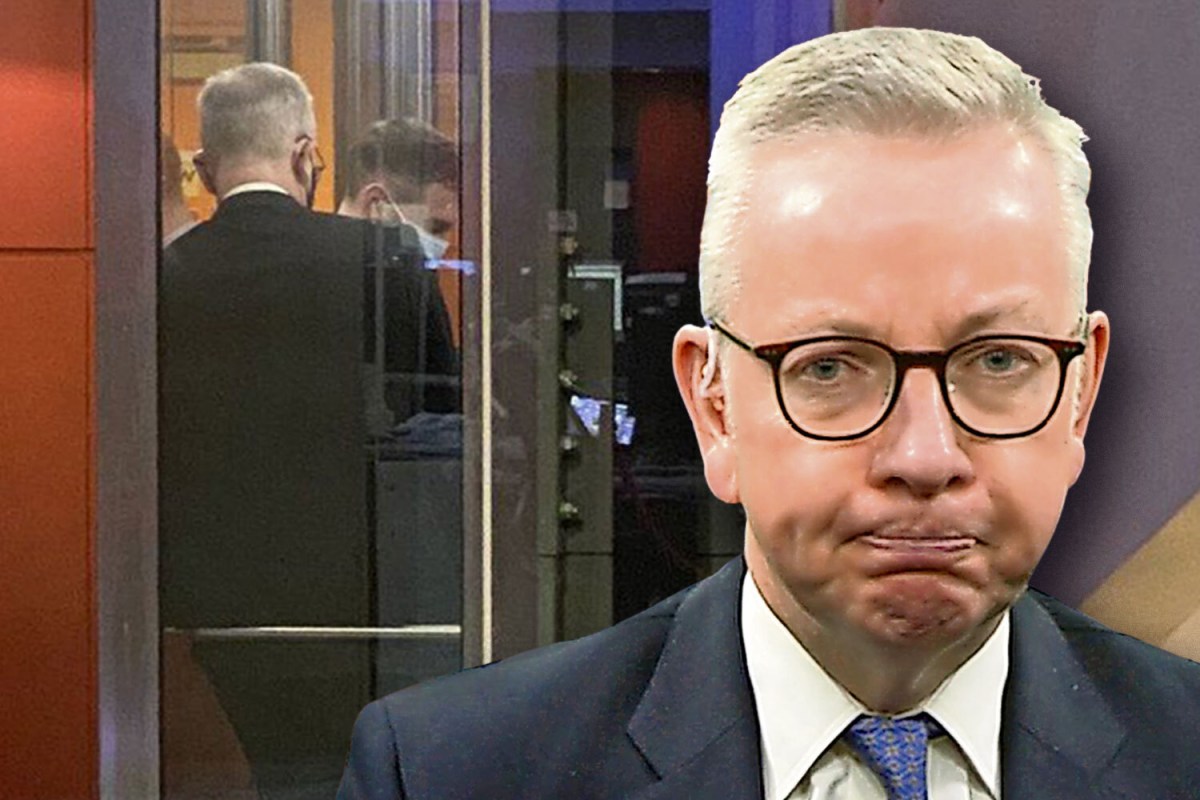 MICHAEL Gove was left in mid-air instead of on-air yesterday — stuck in a BBC lift when he should have been interviewed on the radio.

The Levelling Up Secretary had to text for help and joked many would have wanted him “incarcerated” for longer.

Mr Gove joked: “After more than half an hour in the lift you have successfully levelled me up.”

Radio 1 DJ Greg James joked: “Trying to work out what radio station’s on in that lift, because if it’s Radio 1 then there’s a good chance he’ll have been forced to hear me getting excited over a duck playing a piano.”

But Radio 1 Xtra host Nadia Joe added of the club-loving Cabinet Secretary: “I won this Greg he was tuned in to me playing Destiny’s Child – ‘Jumping Jumping’.”

Mr Gove dubbed the PM “the Pep Guardiola of politics”, insisting he was serious about delivering his levelling up agenda and playing down divisions in the Tory party.

The Cabinet minister was urged not to “betray the Red Wall” amid fears his plans will fail to bring mayors to parts of the North.