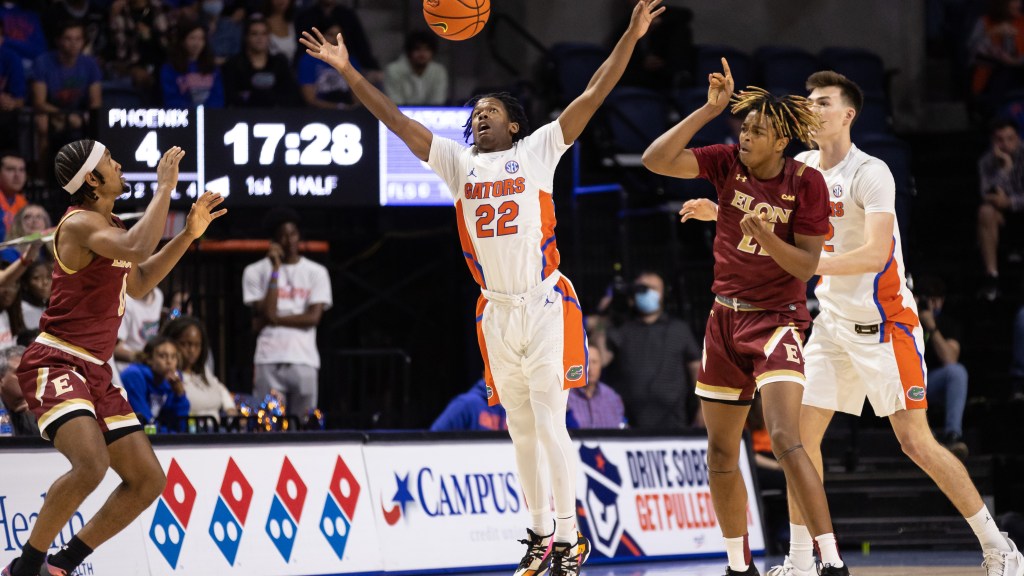 The women’s basketball team opened up the season with an 84-70 win over the Georgia State Panthers in the O’Connell Center on Tuesday evening. The squad got off to a slow start, trailing by two after the first 10 minutes while showing a great deal of rust. However, things turned around in the second as the Gators outscored the Panthers by 12 and essentially cruised the rest of the game.

Kiki Smith led the ladies in scoring with 23 on 8-for-13 shooting — 2-for-4 from beyond the arc — while three other Gators also finished with double figures. Lavender Briggs dominated the glass with seven rebounds to go with her 16 points along with a pair of assists, steals and blocks.

Florida next faces the Towson Tigers on the road Friday with tipoff slated for 4:30 p.m. EST.