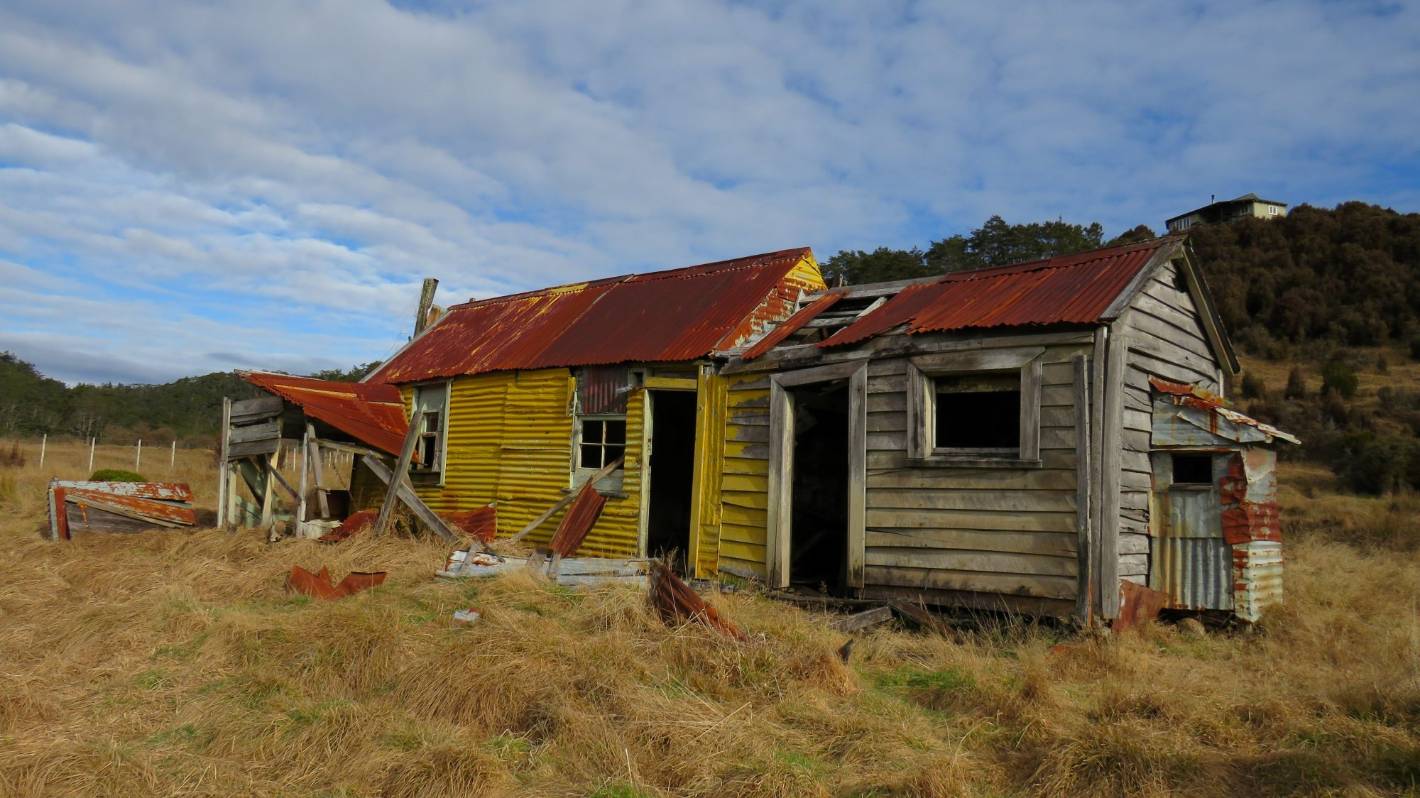 A ramshackle old building left behind in the historic mining town of Big River, about 30 kilometres from Reefton.

Four men accused of using an explosive to damage a historic mine have denied being involved and asked for the case to be heard by a jury.

The men are jointly charged with intentionally damaging the poppet head and mine shaft at the old Big River mine site near Reefton on the West Coast.

Two of the men were granted continued name suppression, but the other two can be named after they appeared in the Greymouth District Court on Wednesday.

They are Damon Martin Burt, a 43-year-old mechanic from Ruatapu in Westland, and Jacob McPherson, a 21-year-old from Hokitika.

The other men, aged 20 and 53, are also from Westland. Judge Tony Couch said they could have continued name suppression until their next court appearance in March.

The judge said he was not impressed when the 20-year-old did not appear in court. The man’s lawyer had applied to have his appearance excused, but Judge Couch said that was not acceptable.

He issued a warrant for the man’s arrest, but it would not be executed if the man signed a new bail bond by Tuesday.

Court documents show “persons unknown” were also involved in the alleged incident, but have not been identified yet.

Police were told a group of people had entered the old Big River Quartz Mine site and set off an explosive in the mine shaft sometime between June 10 and July 7, a spokeswoman previously said.

The explosion caused “significant damage” to the 12-metre-high poppet head structure above the mine shaft, she said. The area is registered as a Category 1 Historic Place.

The alleged offending was filmed and shared on social media, giving police several leads to follow in Reefton and Hokitika.

Police searched five properties and were continuing to identify and find others suspected of being involved, the spokeswoman said.

Anyone with information that may help police with their inquiries is asked to call 105 and quote file number 210707/6710.

According to the Department of Conservation, the Big River Quartz Mine operated from 1882 to 1942 and more than 100 people lived in the isolated settlement at the mine’s peak.