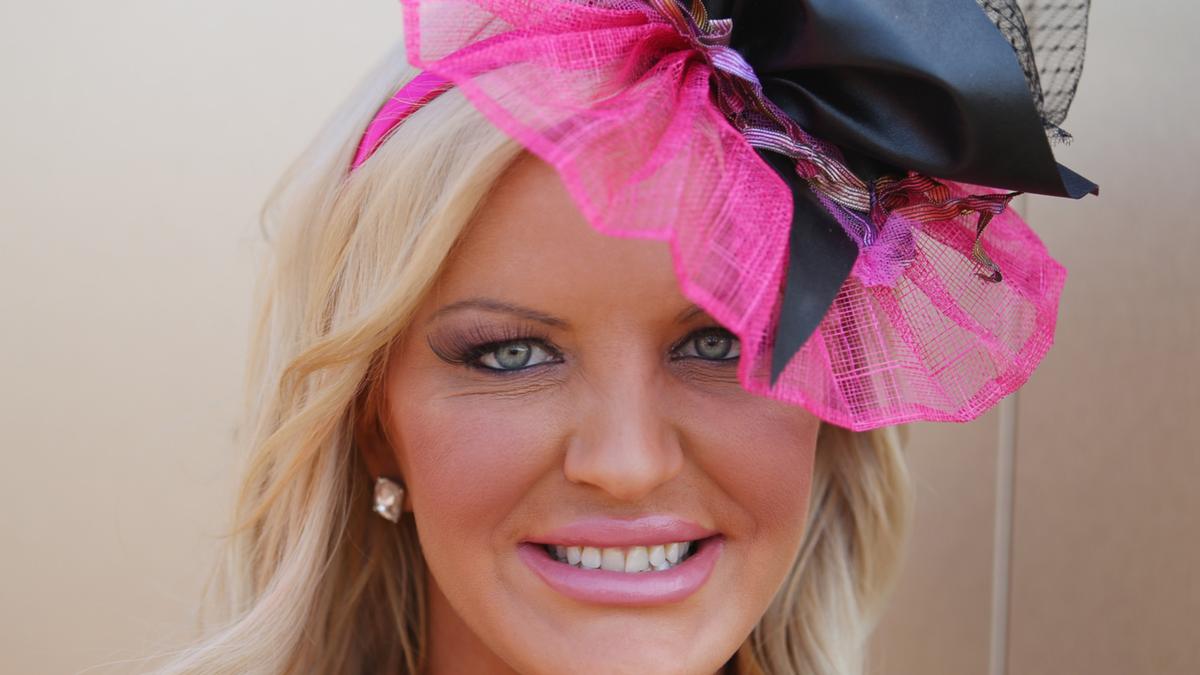 For what feels like forever, Australians everywhere have been focused on tests – whether it’s Rapid or PCR, COVID has had us swabbing and sampling, anxiously awaiting results.

But about a month ago, SAS Australia star Brynne Edelsten decided to take the most daunting test of all – a pregnancy test – after “becoming a little bit fat”.

In the video above, Brynne talks about how she coped on SAS Australia

Needless to say, the results were shocking.

The Melbourne socialite, 38, sent fans into meltdown when she announced her big pregnancy news on Facebook last month.

“It was the furthest thing from what I was expecting,” she exclusively told New Idea.

“I didn’t think I could have kids!”

During her high-profile romance and marriage to the late Geoffrey Edelsten, Brynne did numerous blood tests that made it seem highly unlikely that she would ever be able to conceive naturally.

“It wasn’t that I couldn’t, but when I was doing the tests, I was barely ovulating,” she said.

“Doctors always told me if I wanted kids, it would be through IVF.”

To her surprise, one Friday afternoon in late December, Brynne decided to take a test after “experiencing all the symptoms of pregnancy”.

“I was completely shocked. I had to read the instructions about six times over to make sure I had it right. It took me quite some time to process it all,” she laughs.

From there, Brynne explains that she and her close girlfriend, who she is currently living with in Melbourne, booked in to see a doctor the following Monday.

During the visit, it quickly became clear there were more surprises on the way – the doctor revealed Brynne was already five months along.

“She was like, ‘So how far along do you think you are?’ and I assumed maybe I was 12 weeks judging by the look of my stomach,” Brynne explains.

To Brynne’s credit, she says a combination of being single, having fertility issues and “putting on COVID kilos” made her assume she was just growing sideways and not a beautiful bundle of joy.

“All I ever wanted to do in life was be a mum,” she said.

“I can’t make up my mind about anything, but I have always been sure of this one thing.

“I wanted it so badly … and so over the years I just became a woman who came to accept it wasn’t on the cards for me.

“Coming to that realisation, it was devastating.”

Brynne decided to find out the gender of her child and is excited to reveal it’s a girl.

“I feel her moving quite a bit. When I jump into bed she moves about, it’s beautiful.”

And while every part of Brynne’s pregnancy, and arguably her life, has been unexpected, the SAS Australia star admits she could never have foreseen herself bringing a baby into the world alone.

“There’s no man in the picture,” she confirms.

“I told the father, though. I would never keep the father of my child apart – I don’t think that’s ever going to be something that happens.”

Doubling down on her confession, Brynne says her baby’s father is “without a doubt” aware of the paternity, but she is uncertain on the level of support she’ll receive.

“I don’t think it seems real for him – it barely seemed real to me,” she says.

“I told him I was happy to raise her alone, so I’m not sure what he’ll want to do.

“I just see my baby as a blessing – I’m really happy about it.”

Speaking after her late ex-husband Geoffrey’s death, Brynne maintained she would always remember him fondly, despite their messy split in 2014 after four years of marriage.

“I think Geoff would be so happy for me,” she says.

“I think it would come as a surprise, as we never thought it was possible for us.”

Brynne admits she has a lot to prepare for as a single first-time parent, which is all especially difficult without her US-based family around her.

“When I was bankrupt, they took away my passport, then COVID [happened], so it’s been a long time. I just can’t wait to see my mother,” she says.

Taking every day as it comes, Brynne, who is due in April, explains that she’s determined to work out exactly what she needs to buy, set up and organise ahead of her little girl’s birth – but hasn’t got very far.

“Thankfully I have my girlfriend, who is helping me work out what I need. She’s been a big support,” tells Brynne, who says she’s more concerned that she can’t settle on a name for her precious little girl.

“Nothing has stuck out for me. I’ve read so many books, but nothing! Every name that I thought I loved I now don’t like – it’s proving stressful,” she jokes.

With only a few months to go before her world changes, Brynne reveals she couldn’t be more excited to welcome her miracle daughter.

“I hope she is healthy and happy – that’s all I care about,” she tells.